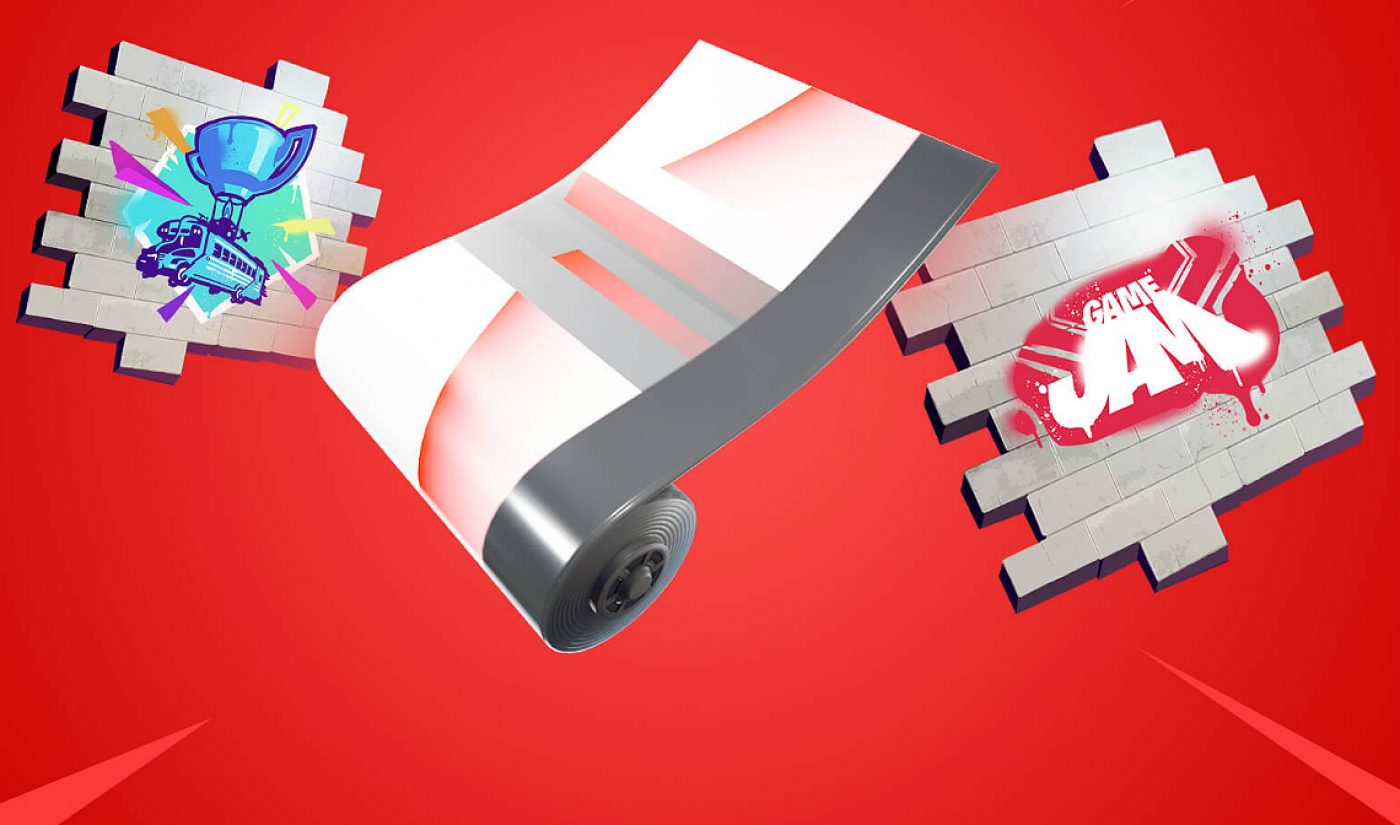 With the Fortnite World Cup Finals just a week away, developer Epic Games has announced a partnership with YouTube that will gift players free in-game loot when they tune in for live streams of the four-day event.

The new feature, called ‘YouTube Drops,’ requires players to link their Epic Games and YouTube accounts. Once that’s done, all they have to do is watch at least 20 minutes of various World Cup Finals-related live streams to earn three exclusive virtual items (pictured above).

Get free in-game rewards when you link your YouTube and Epic accounts + watch Fortnite premieres: https://t.co/tOERFbobCD

Here’s how it works…Things kick off on July 25 with the lives premiere of a full-length documentary called Game Jam Hollywood. The documentary tells the story of 16 skilled game developers who spent three days of crunch time using Fortnite’s suite of creative tools to build in-game environments and challenges for World Cup competitors. Folks who watch at least 20 minutes of the Game Jam Hollywood live stream will earn the Game Jam Spray. Sprays allow players to graffiti sigils on virtually any surface within Fortnite; if they earn this one, they can decorate walls, roads, trees, and anything else their heart desires with the Game Jam logo.

The first World Cup Finals matches kick off July 26. Again, if players tune in, they’ll get the Game Jam Spray. That changes on July 27. Viewers that day can earn a second spray: the World Cup Spray, featuring an image of the championship trophy and Fortnite‘s Battle Bus. Then, on July 28, the World Cup’s final day, viewers will snag both the World Cup Spray and the Red Line Wrap (a decorative skin for in-game weapons and vehicles).

In a blog post about the partnership, Epic Games notes that players should be sure they’re viewing with a reliable internet connection to make sure their watch time is tallied correctly.

Epic also said this isn’t the last time Fortniters will be able to earn Drops, as YouTube has further opportunities planned for the next few months.

If you’re not sure how to link your Epic Games and Fortnite accounts, follow the below steps: