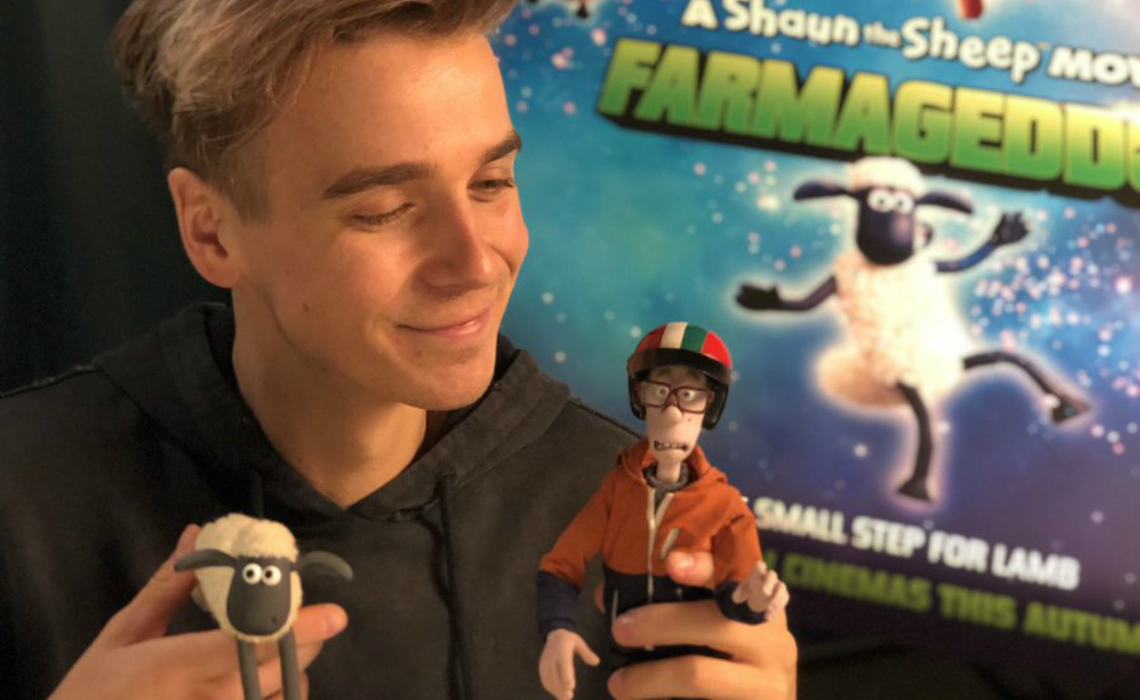 Joe Sugg is returning to the world of animation.

The creator, who’s previously lent his voice (often alongside fellow YouTuber Caspar Lee) to numerous projects, announced this week that he’ll have a cameo in Farmageddon, an upcoming feature film installment in the long-running Wallace and Gromit spinoff franchise Shaun the Sheep.

In a tweet, Sugg said he’s been working with “a childhood hero of mine”: lauded claymation studio Aardman Animations, the company behind Wallace and Gromit and Shaun the Sheep. Shaun the Sheep spun off from Wallace and Gromit as its own stop-motion TV show in 2006; that show has since produced a second spinoff series, Timmy Time, as well as a feature-length film and a short film. Farmageddon is the franchise’s second full-length feature.

Sugg will play a pizza boy in the film, which is out October 18.

As mentioned above, this is far from Sugg’s first vocal performance in an animated project. Most recently, in May, he guest starred as Azreal in Cartoon Network’s surreal comedy series The Amazing World of Gumball. Prior to that, in March, he appeared (along with Lee) in the U.K. version of Paramount Pictures‘ Wonder Park, which also stars Jennifer Garner, Matthew Broderick, John Oliver, and Mila Kunis. Sugg and Lee played a pair of beaver brothers named Cooper and Gus. In 2015, the pair also cameod together in the U.K. version of The SpongeBob Movie: Sponge Out of Water.

You can see a trailer for Farmageddon below: