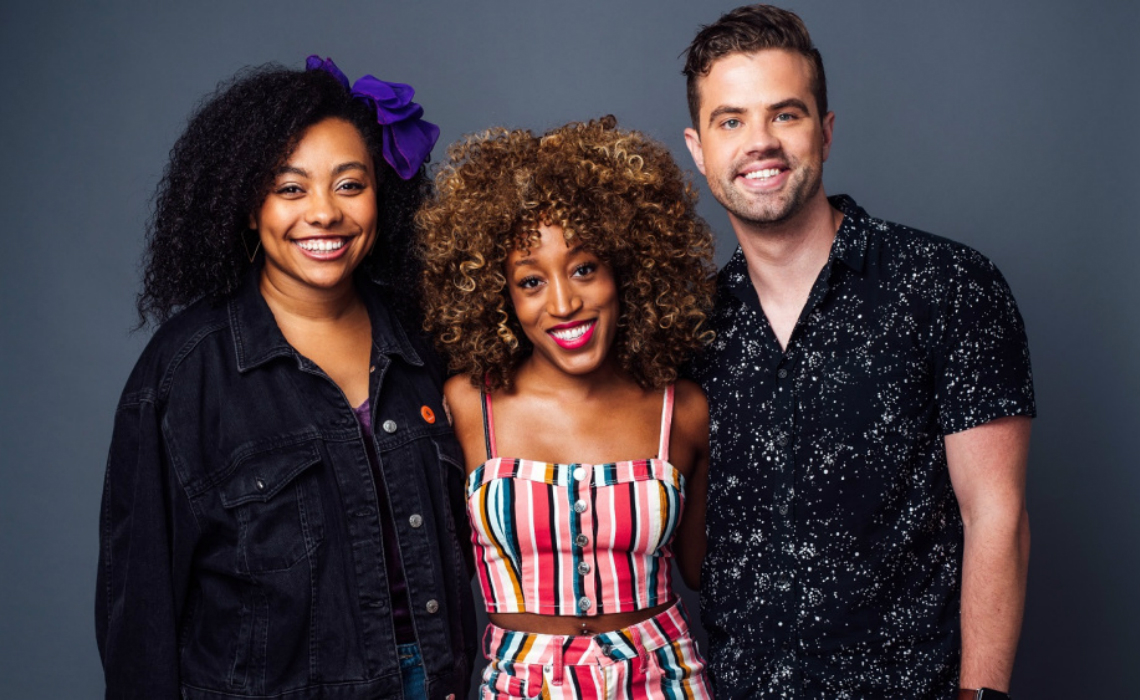 You can now get your BuzzFeed digest on Snapchat.

The media giant has launched BTW, a shortform weekday series that pulls together stories from across BuzzFeed and presents them via hosts Shanice Bland (production coordinator for BuzzFeed News), Patrice Peck (culture writer), and David Mack (BuzzFeed’s deputy director of breaking news), Variety reports. (Bland, Peck, and Mack are pictured above.)

Produced by BuzzFeed Studios and showrun by Cindy Vanegas-Gesuale, who (as of recently) oversees all of BuzzFeed’s original video production, the series is meant to be trendy and appealing for what BuzzFeed sees as its core Snapchat audience: female viewers 24 and younger.

To that end, BTW will follow “stories that are of the culture,” Vanegas-Gesuale told Variety. “We think platform-first to make sure we’re speaking to how that audience consumes content.”

If things work out in BuzzFeed’s favor, the majority of that audience will be tuning in each weekday at 3 p.m. Eastern for the latest update. Regular viewership is something Snapchat has seen across its more than 80 originals, Sean Mills, parent company Snap’s head of original content and senior director of content programming, told Variety.

“It looks like the way people watch television, as opposed to a viral hit in the app,” he said. He added that Snapchat users who watch daily shows “are not casual viewers. They’re fans. They subscribe and come back to watch it.”

BuzzFeed will monetize its viewership by receiving an undisclosed cut of ad revenue from unskippable preroll ads. Its partnership with Snapchat will last at least six months, but Mills said the door’s open for BTW to continue airing on Snapchat so long as both BuzzFeed and Snap “mutually find it successful.”

Snapchat users can scan the Snapcode at this link to be taken to the series’ first episode, which dropped today.