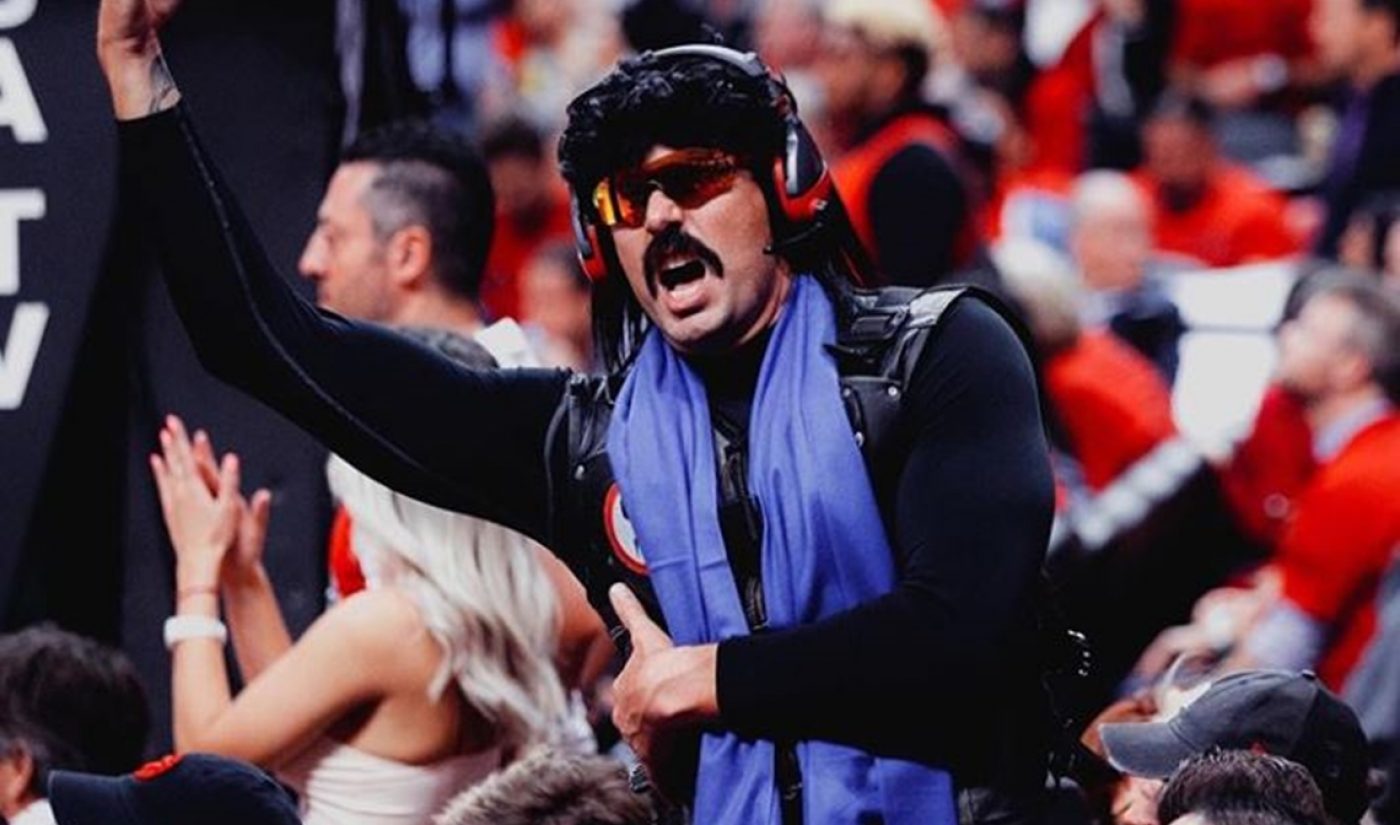 Twitch star Guy ‘Dr DisRespect’ Beahm (3.5 million followers) has apologized for streaming in a public restroom at gaming convention E3 last month, which resulted in a multi-week suspension from Twitch, as well as revoked access to E3.

Beahm, who has been silent in the wake of the incident, broke from the Dr DisRespect persona in which he typically broadcasts to apologize on his personal Twitter account, which has been dormant since Nov. 2017, per The Verge. In his statement, Beahm noted that the incident marked his first IRL (non-gaming) stream, and that he sometimes finds it difficult to reconcile reality with the Dr DisRespect character — who he notes is edgy, highly-opinionated, cocky, and offensive.

“When we were walking around filming at E3, we clearly weren’t thinking about the laws/repercussions of filming in the bathroom because honestly, it wasn’t in our mind frame at the time,” Beahm wrote. “We wanted to capture an adventure. Unfortunately, we took that adventure into the wrong areas, unaware of the legalities surrounding it. On behalf of the Dr DisRespect brand, I apologize for this.”

I’d like to talk about Dr Disrespect’s Twitch ban from E3.

Beahm also reacted to the response from the Twitch community, per The Verge — the consensus of which seemed to suggest that the platform had handed down too easy of a punishment. Many within the community were also reportedly concerned that Twitch did not comment on the incident, and also enabled Beahm to raise an influx of donations from supporters upon his account’s reactivation.

In his apology, Beahm noted that longtime fans know the truth of his character, and said he’s looking to move forward with a new perspective.

“I’m very lucky to be considered an influential person in this entertainment space. Believe me, I don’t take it for granted. We are working on a lot of things (that take time) that will hopefully continue to elevate the brand and gaming entertainment as a whole into the mainstream space,” he wrote. “This incident was a step back, but like anything, we learn, become stronger, and move forward. If you follow the brand or myself, I hope you continue to stay with me on this vision.”

On his Dr DisRespect Twitter account, Beahm has been hinting at a return to Twitch as soon as next week.