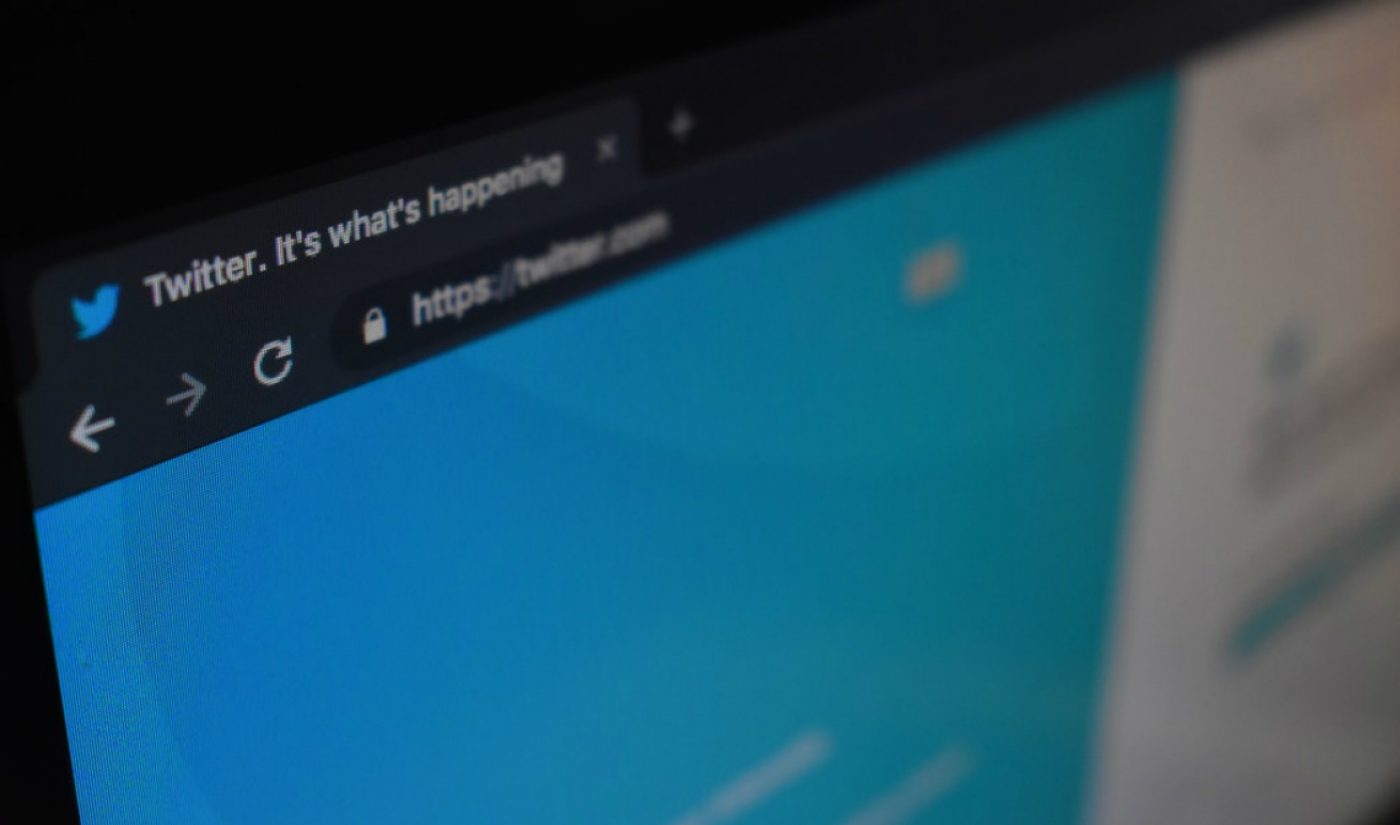 If you’ve wondered how government officials like Donald Trump are still on Twitter after appearing to repeatedly violate the platform’s policies against posting hateful content and violent threats…well, you’re not alone.

In 2017, addressing an incident where Trump tweeted a potential declaration of war against North Korea, Twitter said that it holds all accounts to the same rules, but also has a set of considerations when it looks at whether a rule-breaking tweet or account should be deleted. One of those considerations is whether the tweet and/or account has a particular “newsworthiness” or is “of public interest,” the platform tweeted from its public policy account.

That caveat is what has allowed Trump and other political leaders, along with their troubling tweets, to remain on Twitter.

Now, though, Twitter is introducing a new feature that will prevent rule-breaking tweets from being seen quite so often. The feature will hide policy-violating tweets from certain public officials under a notice reading, “The Twitter Rules about abusive behavior apply to this Tweet. However, Twitter has determined that it may be in the public’s interest for this Tweet to remain available.”

If a user wishes to see the tweet, they must manually tap the ‘View’ button alongside the notice. Tweets that have this notice will also appear less frequently across the platform, and won’t appear in users’ ‘Notifications’ or ‘Explore’ tabs.

You can see how the notice will look in this mock-up from Twitter: 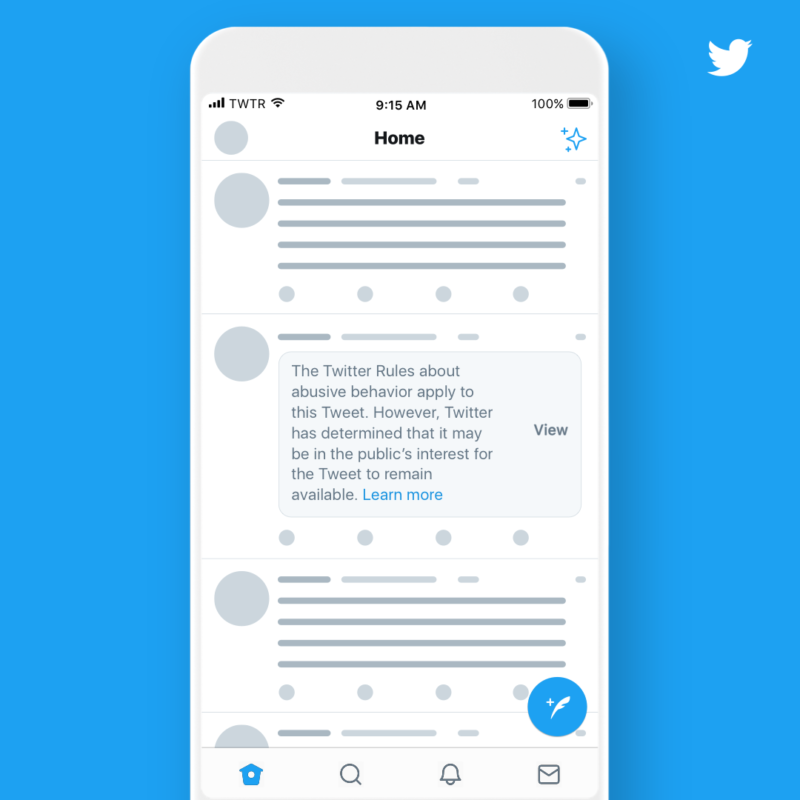 “In the past, we’ve allowed certain Tweets that violated our rules to remain on Twitter because they were in the public’s interest, but it wasn’t clear when and how we made those determinations,” the platform said in a blog post about the new feature. It adds that the notice is meant to “provide additional clarity” about which tweets it recognizes as rule-breaking, but judges worth keeping around.

As we mentioned above, not all accounts will have this feature enabled. To have the feature, an account must belong to or represent a government official, a person running for public office, or a person who’s considered a successor to a current government position. The account must also be verified and have at least 100,000 followers.

Whether or not a tweet gets the notice applied will be up to a collective of Twitter staffers from its trust and safety, legal, public policy, and regional teams, the platform said.

It also said that in some instances, if a Tweet from a verified, 100,000-followed government official violates policies and is determined not to be of public interest, the official will be asked to remove it. Officials who generally qualify as “of public interest,” and who will have this new feature applied to their accounts, do not appear to be in danger of having their accounts deleted regardless of violations.

For now, at least. Twitter did add that, “Over time, public interest and how it’s defined on Twitter may change as we observe different types of behavior.”