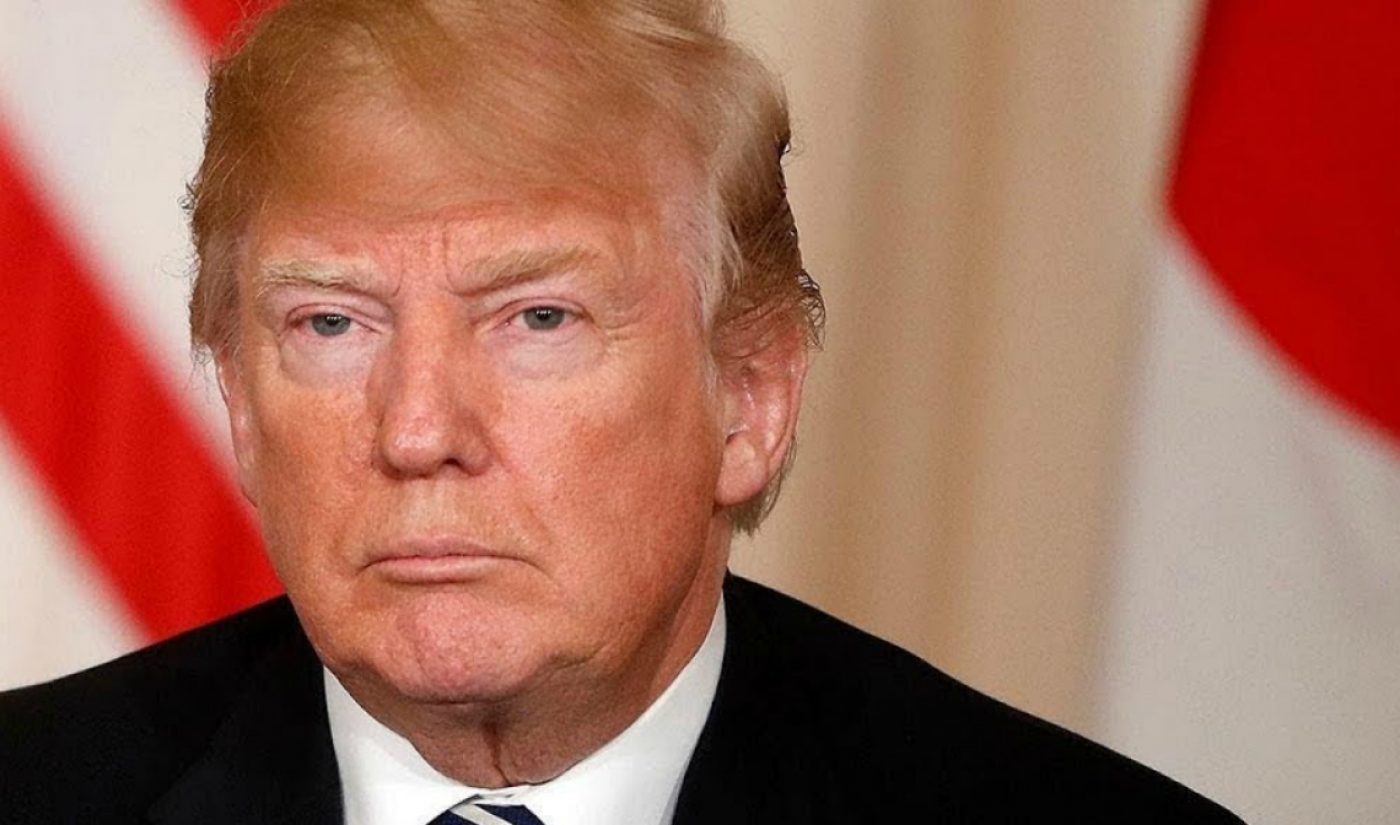 The Trump campaign paid YouTube hundreds of thousands of dollars to buy up its homepage masthead ad during this past Wednesday’s Democratic primary debates.

If folks headed to YouTube looking for live streams or news coverage of the debates, they were greeted by a large homepage banner ad with a video promoting Donald Trump’s reelection campaign, messages about immigration, and multiple prompts to join the campaign’s mailing list by texting “MAGA” or “VOTE.”

YouTube recently switched up the way it charges for its masthead, going from a set price per day (which was $400,000 in 2015) to a cost per impression, so it’s impossible to say exactly how much the campaign spent without knowing . But considering NPR reports the masthead currently goes for as much as $1 million per day, and Trump’s campaign bought it out for at least the hours the debates were on, it’s safe to say hundreds of thousands of dollars were spent.

And those hundreds of thousands were spent because YouTube helped the campaign reach millions of eyeballs, Daniel Hoffman, director at digital agency Bully Pulpit Interactive — which works with Democrats to track ad spending by political campaigns — told NPR.

“More people will see this than will watch the debate today,” he said. “In our experience, we’ve seen the placement reach as many as 80 million Americans in a single day.”

The Trump campaign knows how much reach the masthead can get because it’s bought the space before — in January, while the government was shut down. It’s also spent money on non-masthead advertising across YouTube, but where it’s really splashing digital ad dollars out is Facebook, Billy Pulpit found.

According to the agency’s data, since April 1, Trump’s campaign has spent more than half a million dollars on targeted Facebook ads just relating to immigration issues. How much it’s spent total since April isn’t clear, but an earlier report shows that from January to March, the campaign spent $3.5 million total on Facebook ads.

At the time of that report, Brad Parscale, Trump’s campaign leader, said digital advertising was vital to Trump’s 2016 election, and told Wired that Trump is a “perfect candidate” for Facebook ads because content about him is clickbait-y. For the 2020 election, the campaign looks to be leaning on digital advertising as a vital component once more. The campaign’s total 2019 ad spend on YouTube and Facebook so far is $11.1 million. (For comparison, all the Democratic candidates combined have so far spent $18.7 million this year on digital marketing, Billy Pulpit told NPR.)

When reached for comment, YouTube told Tubefilter any advertiser can purchase the masthead space so long as its ads don’t violate policies, and that a number of political campaigns have purchased advertising on the platform.