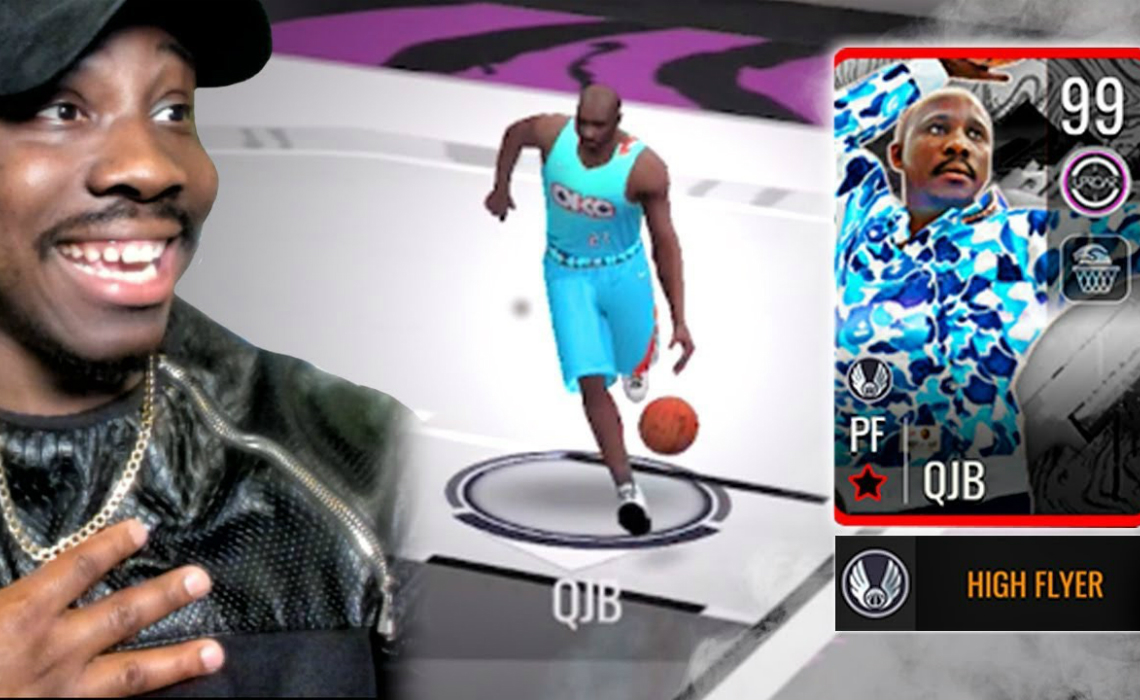 Like many folks with military parents, Neal Bridges spent his childhood bouncing around from state to state. By the time he was 18, he’d followed his Air Force father to five states, from his birth state of Delaware all the way across the U.S. to Nevada.

But while moving that much left him and his family with few constants, for Bridges, two things could be found wherever he moved: sports, and video games.

Bridges’ passion for video games was sparked by a present from his dad: a Nintendo Entertainment System. Bridges tore through games in Nintendo’s Mario franchise, but it wasn’t till he found NFL game John Madden Football — where players build and control teams, then pit them against other teams in a hyper-realistic simulation of real-life football — that he truly fell in love in with gaming. As he got older, he fell into a comforting pattern, no matter where he lived. He’d go out and play football and basketball with his friends, then come home and dive into Madden and NBA 2K (essentially the basketball version of Madden NFL).

When YouTube came on the scene in 2006, Bridges, who was already interested in video production, spotted a small community of sports gamers uploading their own videos. He opened his channel QJB in May that year, and has regularly uploaded there ever since, making him one of the oldest still-thriving sports gaming channels on the platform.

Nowadays, Bridges keeps his 1.8 million subscribers abreast of the latest and greatest in a number of sports games, uploading nearly daily installments of his gameplay and hot takes on said games. It’s that consistency of uploads — plus sticking with games long-term, sometimes for dozens or even hundreds of YouTube videos — that’s kept his viewers coming back for more, Bridges says.

Going forward, he plans for more of that consistency…but he may also have a few trick shots up his sleeve.

Neal Bridges: I normally don’t look too much into numbers, but it is hard to ignore hitting such a huge milestone as one million subscribers on YouTube! It was definitely an amazing feeling to finally accomplish a long-term goal and realize that the hard work was paying off.

Thank you to all of my fans for always having my back. If it wasn’t for your support, I would not be where I am today, and we wouldn’t be getting close to two million subscribers!

NB: I was born in Dover, Del. My father was in the Air Force, so my dad, sister, mom, and I moved around a lot when I was younger. I’ve lived in Delaware, Las Vegas, Florida, Georgia, North Carolina, and New Orleans. I normally just tell everyone that I’m from North Carolina because that’s where I’ve spent the most time and a lot of my family is in the area.

Before YouTube, I went to college at North Carolina A&T State University and completed a bachelor’s degree in computer-aided drafting and design. Once out of college, I moved to New Orleans and accepted a job from the Army Corps of Engineers. While I worked, I completed a master’s degree in higher education. I always stress to the younger crowd how important education is despite them wanting to be a content creator. School has helped me out tremendously on my journey, and I always have something to fall back on if video games don’t work out.

Tubefilter: When did you get into gaming, sports, and sports gaming? What makes you so passionate about sports games?

NB: I got into gaming when I was three or four years old. My father brought an NES home and I immediately fell in love with it. I was really good at games in the Mario franchise and began trying other games like Double Dribble and eventually Madden Football [note: renamed Madden NFL in 1993]. As far as sports, I grew up watching and playing football and basketball. My love for sports became just as strong as my love for video games. I always loved to hang out with my friends and play basketball, then go home and play Madden or NBA 2K. Sports games naturally became my favorite genre.

Tubefilter: You have one of the longest-running sports gaming channels on YouTube. What made you decide to start a YouTube channel in the first place, especially since the platform was so fledgling?

NB: While I worked and went to school, I would always get online and check out YouTube videos. I would watch several Madden commentators as well as NBA 2K and other games like Call of Duty! I became a fan of several channels, and even reached out to a couple of content creators for advice on what I needed to start my own channel. I knew my passion for gaming, love for music, and experience with technology, editing, and Photoshop would go great with YouTube video production, so I began to create videos just as a hobby.

NB: I think having high-quality videos, action-packed gameplay, a colorful personality, and being very consistent has helped my content stand out on YouTube. I make sure my videos are entertaining from start to finish, along with having an attractive thumbnail and title.

Tubefilter: Have you had any partnerships or sponsorships with gaming or sports brands? How did those come about?

NB: I’ve had several partnerships and sponsorships during my time on YouTube, ranging from collaborations with Microsoft, FanDuel, and Steel Series. I’ve also worked closely with games such as MLB The Show, NBA Live Mobile, and Madden! Some of my sponsorship opportunities have come from companies reaching out to my business email. Others came from making connections with the right people over the years — and most recently from my great management team, Cole Hock and Cody Hock from Up North Management Group.

Tubefilter: How has your content evolved over the years? Have you changed up your strategy or stayed consistent?

NB: My content has definitely evolved over the years. I started my channel by only doing montages. Then I began to add commentary and face cam, and and uploads came more often. One of the reasons for change was because my subscribers started expecting more out of me. Another reason is that technology is always improving; therefore, I was able to create higher-quality videos. I also never thought I’d upload mobile videos, but I went with the flow and tried it. Now, NBA Live Mobile is my most successful series on YouTube.

NB: The average amount of time for me to complete a video start to finish is around two to three hours, depending on the content and editing. There have been times where I’ve edited a video for maybe around 10 hours total if it’s something really special.

I start by recording my gameplay with commentary and face cam. Once I’m done recording, I edit the video while adding effects, music, and more. While I’m editing, I’ll begin working on a thumbnail and thinking about a video title. Sometimes, I know the route I want the title of the video to take before I start recording, other times it’s based on something totally random that happened in the video.

Lastly, I upload the video, add the thumbnail, tags, and finalize everything.

Tubefilter: When did you start noticing your audience really picking up? How are you growing that audience?

NB: When I finally reached 100,000 subscribers on YouTube, that milestone seemed to be the “takeoff” point. I started noticing more traffic coming to my channel, more interaction, and views became more consistent. To continue to grow my audience, I stay consistent, continue to upload new game content, and try to interact with my audience as much as possible.

NB: If I’m not working on video content or livestreaming, then I’m spending time with my wife and two daughters. They definitely keep me busy from day to day but I love it!

NB: My favorite part of making YouTube content is that I’m free to be myself and have fun. Every time I get behind the camera to record, I love creating content for the people who love me, and for the people who tell me that my videos put a smile on their face every day.

NB: As a short-term goal, I definitely want to reach 2 million subscribers on YouTube. For the future, I plan to continue to upload videos and try my best to bring great gameplay and entertainment to my audience. I’d also like to continue working closely with video game companies and build more relationships that will help out in the long run.

Getting into acting has also always been one of my interests. For the most part, I like to go with the flow and see how things play out, but I do hope that I can continue to grow a little more every day on YouTube and create excellent videos for my audience. 😀

You can add yourself to the ranks of the Bridges’ more-than-a-million YouTube subscribers at his channel YouTube.com/QJB.