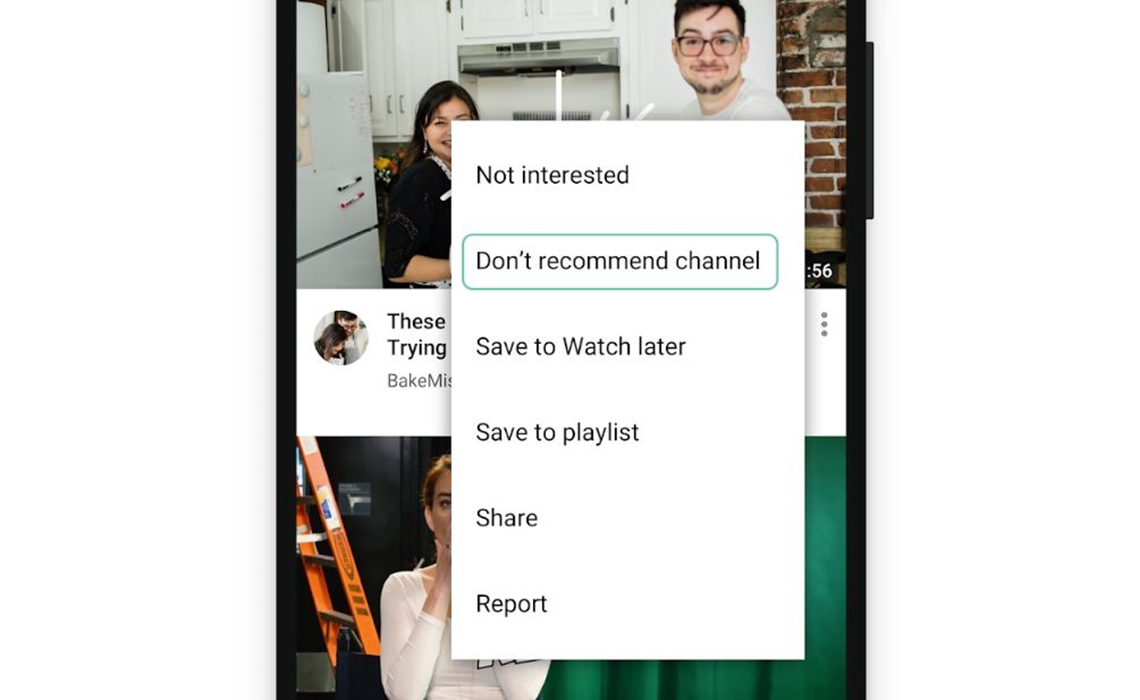 As its algorithm continues to incur an onslaught of criticism — most recently for enabling a “wormhole” where predatory viewers were gathering in the comments section of videos featuring young children — YouTube announced today that it is giving viewers more control over the type of videos that are recommended to them.

Three changes are specifically rolling out to the Homepage and ‘Up Next’ sections of the platform — which is where it predominantly suggests clips, product manager Essam El-Dardiry wrote in a company blog post.

First up, YouTube is adding topic bubbles on the Homepage and in Up Next so that users can tailor their suggestions with different overarching subject categories — such as ‘baking’, ‘late-night talk shows’, or different music genres. These topic options (which can be accessed on the Homepage by scrolling up) will be based on personalized suggestions, and could be related to the video or channel that’s being watched, or even new subjects altogether. The update will be available to all signed-in English users on YouTube’s Android app, and will roll out to iOS and desktop devices soon.

Second, YouTube will enable users to remove suggestions completely from channels that they don’t want to encounter  by tapping the three-dots next to a video, and then tapping a brand new option that reads, ‘Don’t recommend channel’. At that point, YouTube says, videos from the channel will no longer be suggested — though they can still be accessed via Subscriptions, search, and the Trending tab. (While the ability to un-recommend a channel was previously available, the call to action was less clear and had to be selected beneath multiple settings). This update is available globally on YouTube’s Android and iOS apps right now, and will be rolling out to desktops soon.

Finally, YouTube will begin to give viewers insight into why videos are being suggested to them — particularly when a video is being suggested because other viewers with similar interests have consumed and liked the suggested videos. Information about videos suggested for this reason will now appear underneath clips in a small information box. This feature is available globally on iOS, and will arrive on Android and desktops soon.