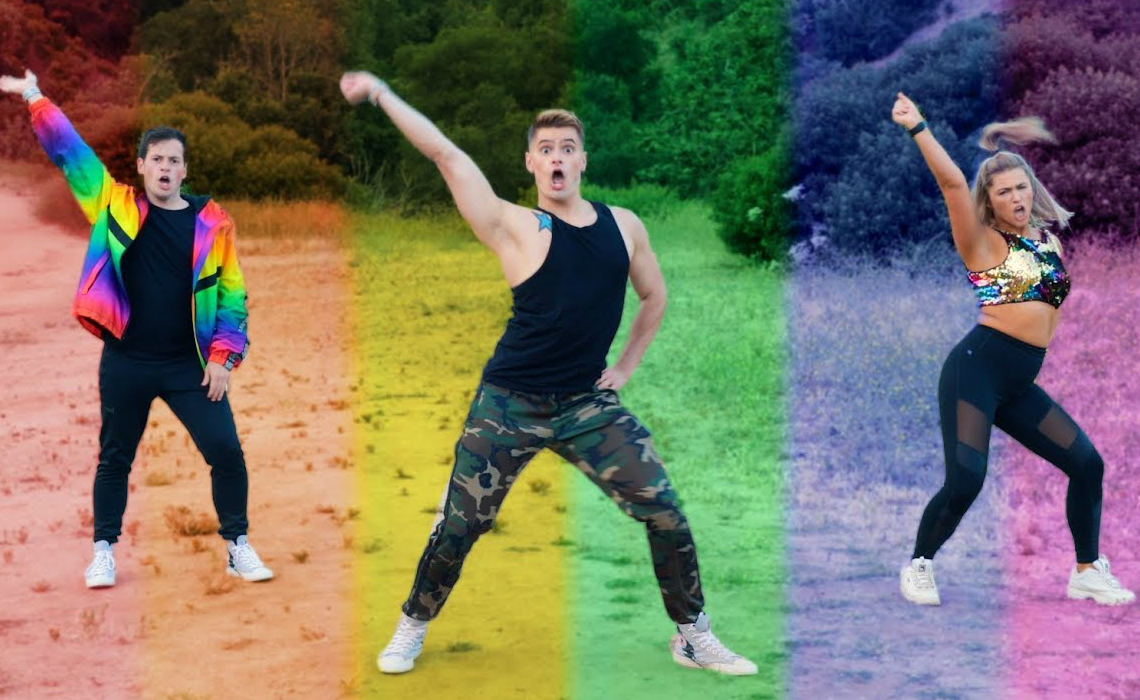 The Fitness Marshall Is Using His Booty-Poppin’ Dance Routines To Raise $25,000+ For The Trevor Project

YouTube creators have made this year’s Pride Month an especially festive one. Longtime top creators Eugene Lee Yang and Dan Howell posted moving coming out videos, Elijah Daniel rented and named a town Gay Hell to protest the Trump administration, and dozens of creators are using the platform’s charity tools to raise funds for vital 24-hour suicide prevention organizations like The Trevor Project and Trans Lifeline.

One of the YouTubers celebrating Pride Month with fundraising is Caleb Marshall, aka The Fitness Marshall, who’s chosen to put in time this month supporting transgender artists and fundraising for The Trevor Project.

Marshall, who joined YouTube in 2014, posts weekly videos of body-positive workout dance routines set to popular music. He’s talked before about how his 10 million views per month don’t net him much in ad revenue, thanks to copyright policies, but one thing his viewership has brought is a dedicated legion of fans. That’s comprised of 1.8 million subscribers on YouTube, and thousands of members of the Booty Army, his $14.99-per-month membership club. (Members get exclusive weekly live stream workouts, early access to YouTube videos and tour dates, and merch discounts.)

For this week’s video, Marshall danced to “Sweet Spot” by transgender creator Kim Petras (who has 155K subscribers on YouTube). It’s his first workout dance set to a song by a trans artist, and in the video, he and his backup dancers — aka “backup booty” — are outfitted in Converse’s limited-edition trans Pride shoes. (Converse is donating an undisclosed portion of its Pride collection’s sales to the It Gets Better Project and OUT MetroWest.)

“This is an opportunity to start spotlighting trans artists, because I feel like so often the trans community is overlooked within Pride and within the gay community,” Marshall tells Tubefilter.

So far, in just 48 hours, his viewers have raised more than $25,000 for The Trevor Project. And because he’s doing an official YouTube fundraiser, the platform will cover all the administrative costs on both ends — meaning that full amount raised will go directly to The Trevor Project.

“I think it’s a really cool thing all around to showcase Pride and do something for a good cause,” Marshall says. But there’s a specific reason he picked The Trevor Project.

“I remember coming out myself in high school and just feeling so scared, and really relying on my friends and family as a support system,” he explains. “It was very difficult because they are very conservative, very religious. So it was something that was a lot to work through, but I was fortunate enough to have a family that was willing to listen, to grow with me. A lot of kids don’t have this lifeline, and I don’t know where I would be if I didn’t have that support system. But I think everyone deserves to have that one person they know they can call.”

For some people, that person is The Trevor Project. Marshall hopes to raise a total of $100,000 for the organization.

In addition to posting his workout video to Petras’ track, Marshall also uploaded an interview with David Dawen, a special projects manager at The Trevor Project, talking about what sort of good The Trevor Project does with the funds raised for it. You can watch it below.

Donations for The Trevor Project are being accepted on Marshall’s recently-uploaded videos through July 18.