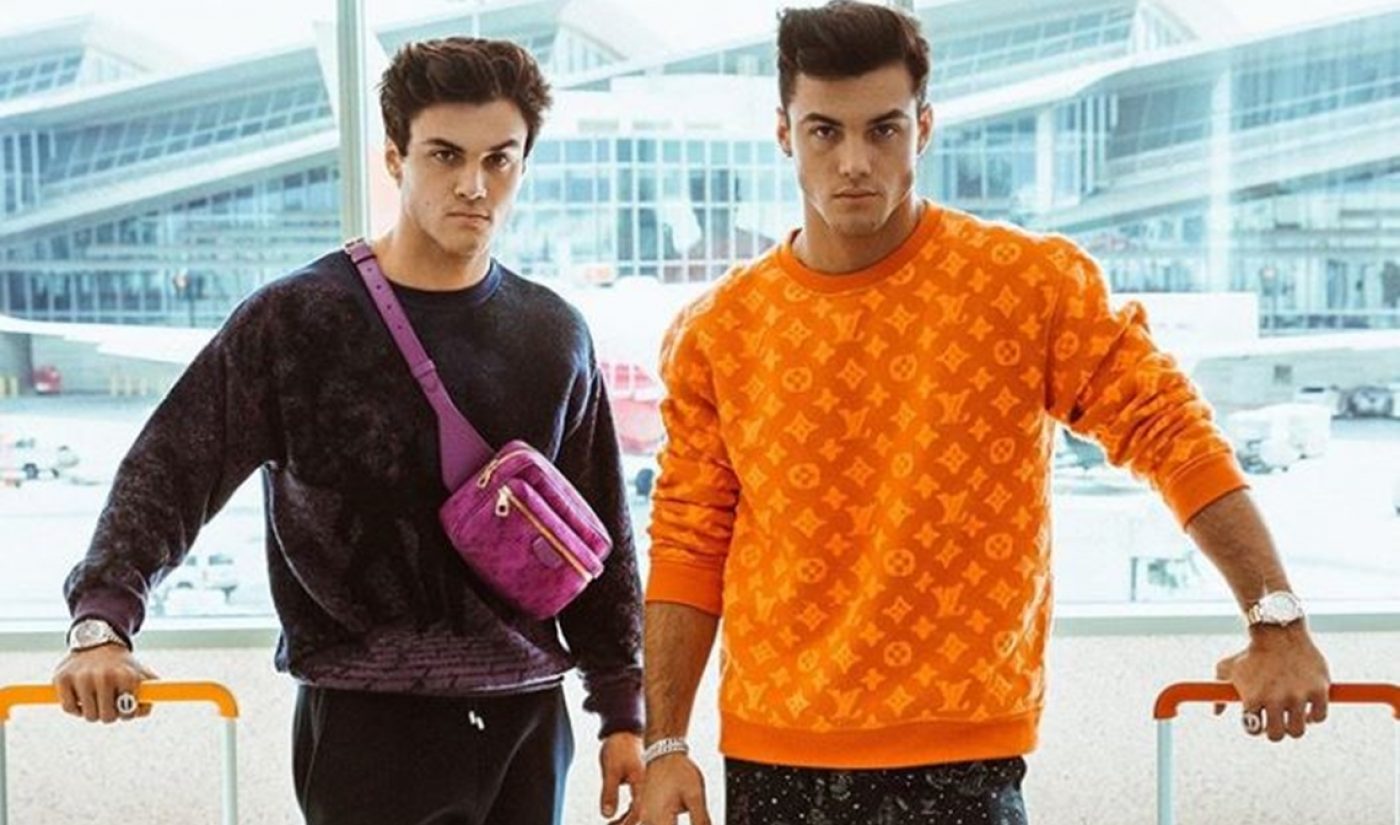 Emma Chamberlain isn’t the only YouTube star being courted by one of the world’s most illustrious fashion houses.

The Dolan Twins, a 19-year-old identical twin creator duo who frequently collaborate with Chamberlain on YouTube videos, have been invited to Men’s Paris Fashion Week by Louis Vuitton — which also invited Chamberlain to its Fall/Winter women’s show in March. The twins, Ethan and Grayson, are chronicling the journey on their respective social media accounts, complete with missives on Twitter about their love for Paris and snazzy Instagram photos where they’re decked out in designer duds.

The partnerships speak to the way that luxury brands — which derive their high profiles (and prices) via exclusivity — are increasingly seeking to associate with influencers, who have not always garnered legitimacy across the wider entertainment sphere. It also speaks to the work of Derek Blasberg, a fashion industry vet who was tapped by YouTube last June to orchestrate partnerships between the platform and the fashion community at large.

It remains to be seen whether the pact between Louis Vuitton and the Dolan Twins will extend beyond their attendance at today’s show, though Chamberlain has gone on to create a handful of videos alongside Louis Vuitton — for her own channel as well as the brand’s.

The Dolan Twins recently received their Diamond Play Button for surpassing 10 million YouTube subscribers, and collaborated on a video with actor Noah Schnapp to help herald the Stranger Things star’s return to his own channel.