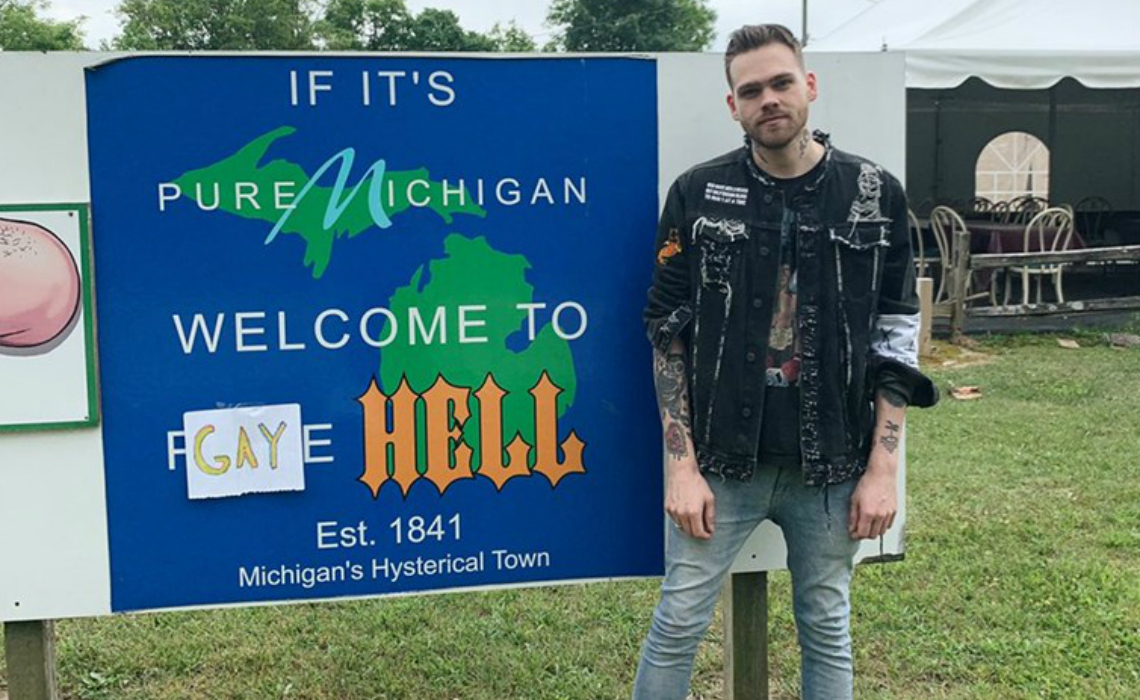 The creator, who has 590K subscribers on YouTube, mainly uploads lifestyle content, as well as occasional songs and music videos from his band adam&steve. He’s also known for his annual, self-described “dumbass stunts” where each June, he does something outrageous (and usually queer-themed).

For this year’s stunt, in protest of the Trump administration banning U.S. embassies from flying Pride flags for Pride Month, Daniel decided to purchase the yes-it’s-really-named-that town of Hell, Mich., and rename it “Gay Hell.” He also mandated that Pride flags are the only ones allowed to fly within the five-acre town.

so as of today, I am now the owner of Hell, Michigan. I bought the whole town.

And my first act as owner, I have renamed my town to Gay Hell, MI.

The only flags allowed to fly are pride. pic.twitter.com/AKOcZm2Jvm

“I’m getting my audience involved in politics by doing it in a funny way,” Daniel told CNN. “I’m just from Michigan and every time we drove past we knew that town — oh, that’s Hell. I just thought turning it into Gay Hell would be funny.”

Of course, Daniel’s ownership of Hell is only temporary. According to local officials, and reported by local outlet MLive, Daniel is the official owner of the town for three days.

Daniel, who’s gay and from Michigan, has had his fun with Hell before. In 2017, he paid $100 to become the mayor of Hell for a day, and his first mandate was to ban straight people from entering the town. “Growing up, I was always told that homosexuals would go to hell, now the heterosexuals are trying to take this from us too,” he wrote in the mandate.

He later tweeted that he’d been “impeached” and was no longer Hell’s mayor.

Being impeached was fun @realDonaldTrump, you should try it.