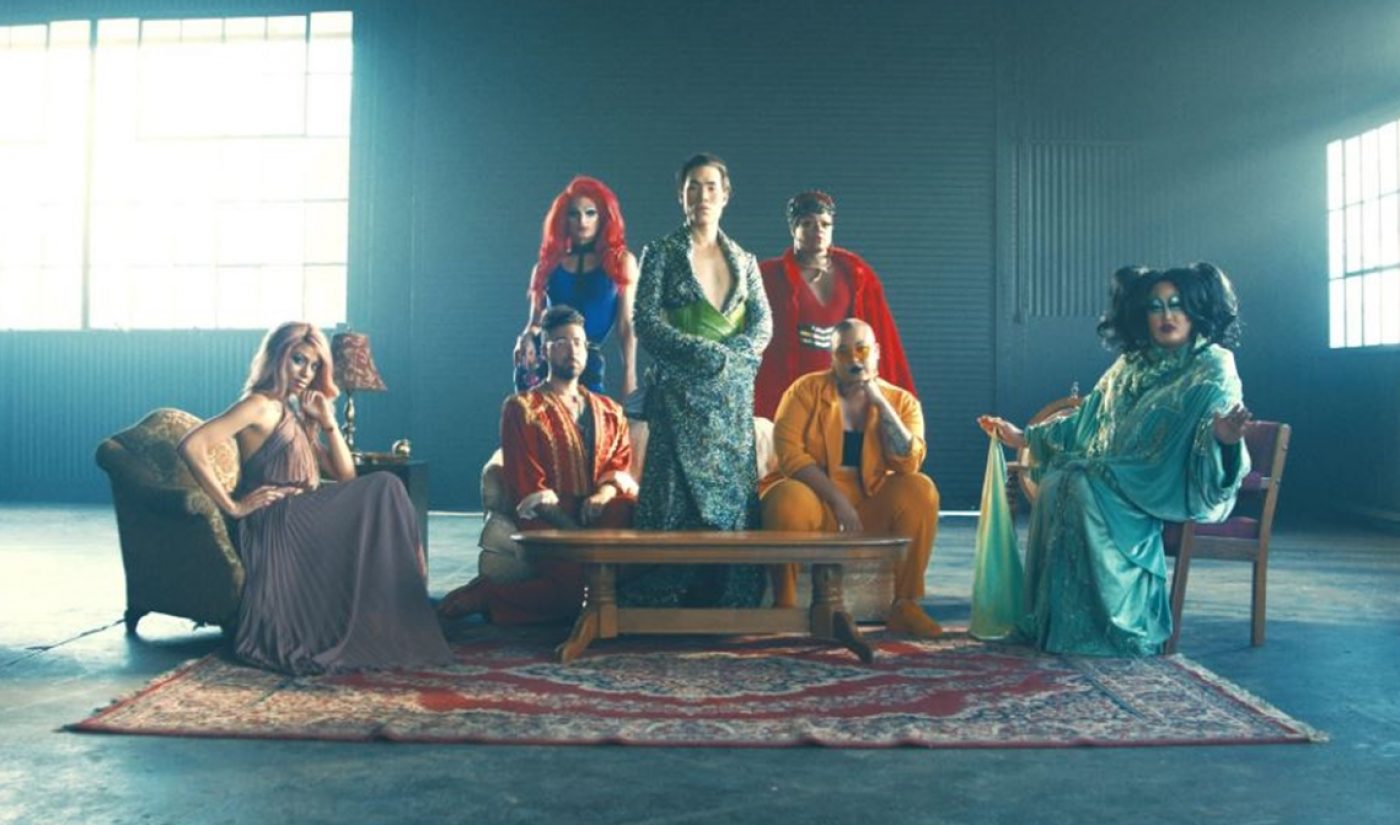 Eugene Lee Yang, who is one quarter of YouTube’s The Try Guys, has come out of the closet in spectacular fashion — via a music video that also serves as a massive fundraiser for The Trevor Project

The dance video — which was written, directed, and choreographed by Yang — presumably portrays various scenes of his coming out journey. There are fraught moments with his parents, a church setup, and even a courtship scenario where he seemingly realizes his attraction to men for the first time. There are also scenes that allude to bullying and the Pulse nightclub mass shooting in Orlando. While Yang has previously identified as queer, he told The Advocate, the video marks his official coming out as a gay man.

“I created this music video as my personal way of coming out as a proud gay man who has many unheard, specific stories to tell,” Yang wrote on Twitter. “I withheld because of fear and shame shaped by my background, but I promise to give my full truth in the rest of my life’s work.”

In addition to its artistic flair, the wordless video — which features music by Odesza and which Yang says is dedicated to the LGBTQIA+ community — also has a real-life aim. Harnessing the YouTube Giving feature — which enables creators to integrate fundraisers directly onto their video pages — Yang has raised roughly $60,000 for The Trevor Project, a suicide prevention and crisis intervention organization for queer youth.

The video (above) has already garnered 6.6 million views in two days, and is currently standing at No. 11 on YouTube’s ‘Trending’ tab. The Try Guys, known for their comedic experiments, broke off from their BuzzFeed roots last June to launch an independent production company, and have now amassed 6 million subscribers.

Yang’s coming out arrives on the heels of another high-profile coming out video during Pride Month — from U.K. YouTuber Daniel Howell, who shared with his 6.6 million subscribers that he is “basically” gay, and also provided some insight into his “soulmate” relationship with longtime collaborator Phil Lester.

While YouTube enables creators to share their coming out stories on a massive scale, the platform has also faced the ire of the LGBTQ+ community this Pride Month for the way it handled a situation involving right-wing commentator Steven Crowder, who has repeatedly referred to Vox journalist Carlos Maza as a “lispy queer,” and also promotes merch on his channel that reads ‘Socialism is For F*gs’. YouTube has demonetized Crowder, but has opted not to take down his channel, or remove the videos in question.