Creators Can’t Always Take Risks With Their Content. That’s Why YouTuber Community Standard Built Nebula — A Platform For Its Creators To Experiment. 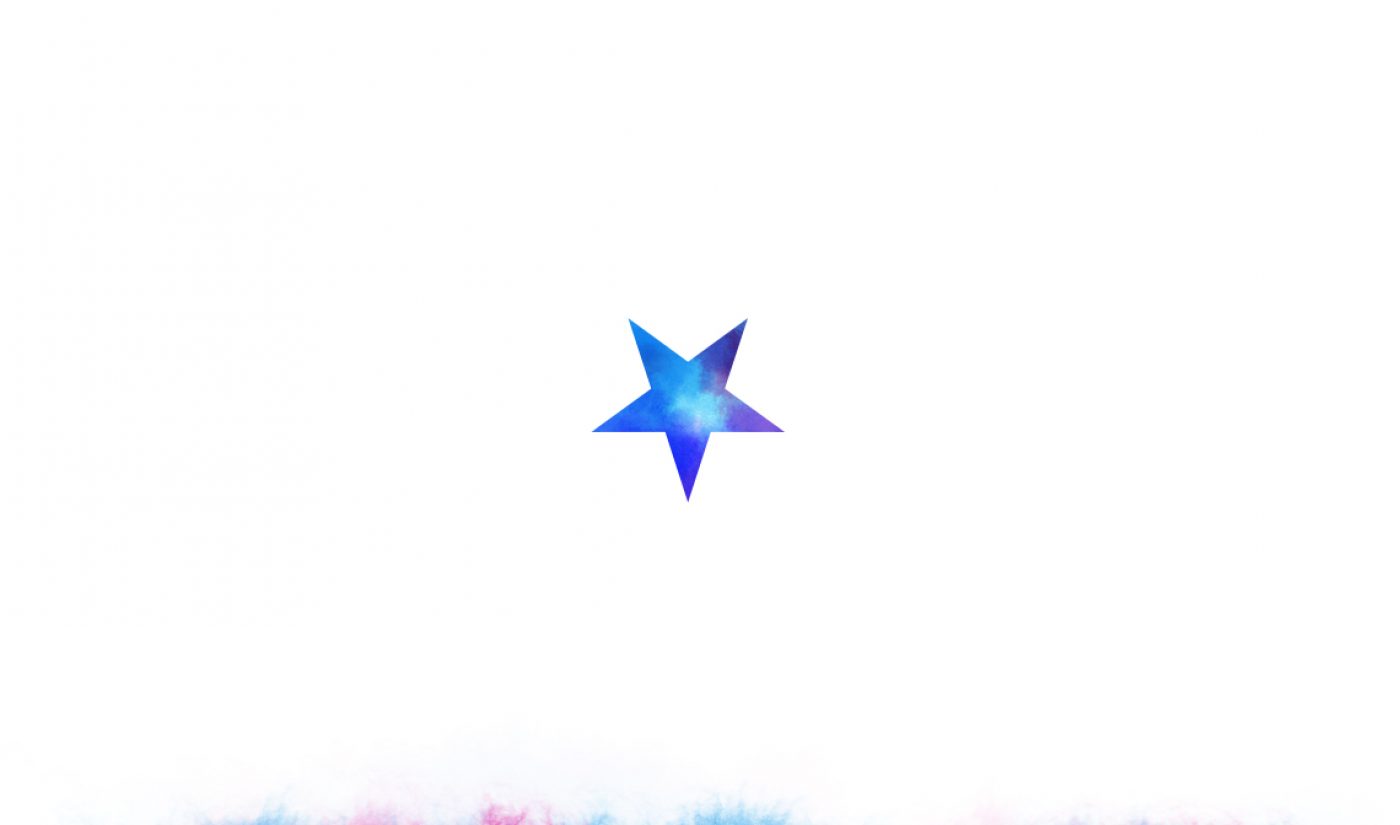 Many a creator will tell you: on YouTube, the algorithm rules all.

That’s why some YouTubers feel there’s a risk inherent in deviating from the content that drew in the bulk of their subscribers. They worry putting out new types of content will cause a drop in views, and therefore a drop in AdSense revenue, and perhaps a drop in subscribers…which could all ultimately culminate in a potential loss of favor with the algorithm and a big blow to their careers.

But for the 75 YouTube creators who are part of streamer community Standard, exploratory content has a new platform. That platform, a recently soft-launched subscription service called Nebula, is not meant to replace those creators’ YouTube channels — instead, it’s meant to complement them.

“The YouTube algorithm is designed to keep people clicking on things in a way that benefits watch time, and benefits the platform,” Dave Wiskus, Standard’s founder and CEO, tells Tubefilter. “If you try to make things other than what YouTube expects from you, and your experiment doesn’t do so hot, then suddenly the algorithm doesn’t pay as much attention to you as it used to.”

Standard isn’t a multichannel network, or a creative agency, or a management company. It’s something different. Wiskus, along with co-founders Philipp Dettmer (aka Kurzgesagt – In a Nutshell on YouTube with 8.9 million subscribers) and CGP Grey (3.8 million), started Standard as a self-described “toolbox” for “thoughtful content” creators that supplies its members with production resources, design guidance, career mentorship, sponsorship opportunities, and data like channel engagement analytics.

Standard’s also meant to be a community. Its creators (like the aforementioned Dettmer and Grey, along with Lindsay Ellis, T1J, Braincraft, and dozens more) hang out with one another in a lively and collaborative Slack channel, and all seem to share a pensive ethos that manifests through well-researched content uploaded to YouTube at a much longer cadence than is conventionally thought to be effective, with intervals between videos ranging from weeks to months.

In exchange for all the resources and helping to facilitate a positive, collaborative community and environment, Standard doesn’t take any portion of its creators’ general AdSense revenue. Instead, the company only gets paid when it hooks its creators up with brand partners whose products and ethics match their overall content direction. Skillshare, CuriosityStream, and Audible are just a few recent advertisers that have executed campaigns with the company’s creators.

On YouTube, Standard’s creators reach a total audience of more than 50 million people. The support Standard offers generally goes toward making the content a that audience expects to watch. To be clear, finding a content niche and sticking to it isn’t an inherently negative thing, but when that niche becomes restrictive, it causes problems for creators, Wiskus says.

Creators who make fresh, exploratory content but don’t find the audience for it can feel pressured to go back to safer, expected content, and are being “encouraged — almost demanded — to stay in their lane and not make waves,” he explains.

Nebula is designed to reward creators for the amount of time viewers spend watching their passion projects.

With Nebula, Standard is both expanding its relationship with its creators and giving them a place to test the waters with wavemaking content.

For Standard, designing a platform for risk-taking, exploratory content started with changing up the economics of the platform. None of Nebula’s content is free to watch, but there also aren’t any ads. The bulk of consistent revenue will come from subscribers, who pay $5 per month (or $50 annually) to access Nebula’s library of original content and the vast majority of its 75 or so creators’ back catalogs ported over from YouTube. Incoming revenue pays Nebula’s basic operating costs, and then is split — 50% goes to Standard, and 50% goes to creators based on watch time.

Here’s how that works: Nebula creators aren’t paid based on views. (The total number of views videos get actually isn’t publicly displayed on Nebula at all.) Each month, creators’ 50% chunk of subscription fees is put into a pool. The total amount of time watched on the platform is also put into a pool. Each creator is then paid out an amount proportional to the total amount of watch time they garnered.

So, if one creator posted a very widely-viewed video, and brought in 75% of Nebula’s total watch time that month, they would take 75% of the pool. If a creator earned 3% of Nebula’s watch time, they’d take 3%. (if this structure sounds familiar, it’s the same kind of calculus YouTube publicly reports to use in its allocation of YouTube Premium revenues.)

As for exactly what kind of fresh content is going to be available on Nebula, three of Standard’s creators have created a total of about three hours of launch content exclusive to the platform — called ‘Nebula Originals’ — that’s already available for viewing at watchnebula.com, and through the service’s iOS app.

The folks behind that launch content chatted with Tubefilter about why they’re keen to use Nebula as a complement to their YouTube fare.

Together, and in partnership with Standard, the duo are creating educational series Grand Test Auto for Nebula. (Its name is a play on popular vehicular video game franchise Grand Theft Auto.) Like their YouTube content, Grand Test Auto is educational, but it’s more of a “traditional car review” format, they tell Tubefilter. They’re both car fanatics, so it’s something they’ve been wanting to try, but neither of them felt their YouTube channels were a fit for it.

“Without diluting what our brands are on YouTube, this will allow us to kind of give it a test run,” Pisenti says. “And if it does well, which we suspect it will, because we’re both very proud of it, we can port it to YouTube as a standalone YouTube channel and say, ‘Hey, listen, we have original content on a brand-new service, it’s got a bunch of viewers, and we think you guys will like it.’”

Chapman adds that he sees Nebula as a “way to break the kind unhealthy relationship that we’ve built at YouTube, where we’re dependent on them.”

As for the third creator who’s part of Nebula’s launch lineup, that’s Noah Lefevre. He’s behind Polyphonic (484K), a channel that posts bimonthly video essays covering pop culture, with a focus on music. Lefevre says he’s primarily excited for Nebula because he’s found himself frustrated with YouTube’s policies on copyrighted music and demonetization.

Since all of Nebula’s content creators are also part of (and thus pre-vetted by) Standard, and plan to make much of their content for Nebula in coordination with Standard, demonetization of videos isn’t something Nebula has incorporated into its structure. For Lefevre, that promise of no demonetization is a huge relief.

“YouTube’s whole copyright system is insanely flawed and doesn’t allow for room for fair use,” he says. “Fair use is the legal framework that allows me to make so many of my videos, because I’m commmenting on the songs or artists in question. But what usually happens for me is I’ll need to upload a video two or three times. Often it’ll get copyright flagged or sometimes just blocked outright because I have a three-second sample of a Beatles song in it or something.”

Lefevre’s Nebula Original is a three-episode miniseries about English rock legend Led Zeppelin’s most epic hits — essentially a longer-form version of his YouTube content. The series involves fair use of contextualizing samples of Led Zeppelin’s music for the audience to enjoy. You can see a 10-minute teaser for the series below:

Lefevre also says the community of creators Standard has built appeals to him, because in the future, he wants to use Nebula to debut social justice-oriented content. His hard-rock-loving audience on YouTube “isn’t exactly the most open-minded,” so videos he’s done about feminism and social issues haven’t done well on his channel. “I feel like part of the package deal with Nebula is, with this so baked into what Standard does, it’ll attract people who are more open” to social justice content, he says.

During our conversation, Wiskus specifically notes Standard seeks out marginalized creators, and that Nebula subscribers can expect to see content from Standard partners like Trina from msbeautyphile (6.4k) and Michael Tucker of Lessons from the Screenplay (one million). Grand Test Auto and Lefevre’s series are just the beginning of Nebula’s planned programming. Dettmer, Grey, and Trina, as well as several of Standard’s other creators, all have series planned for debut over the next few months.

Ultimately, Wiskus says, Nebula is “completely curated, smart, thoughtful content. One-stop shopping for all of the smartest stuff on video.”

You can check out the service by going to watchnebula.com, or by downloading its iOS app from the App Store.