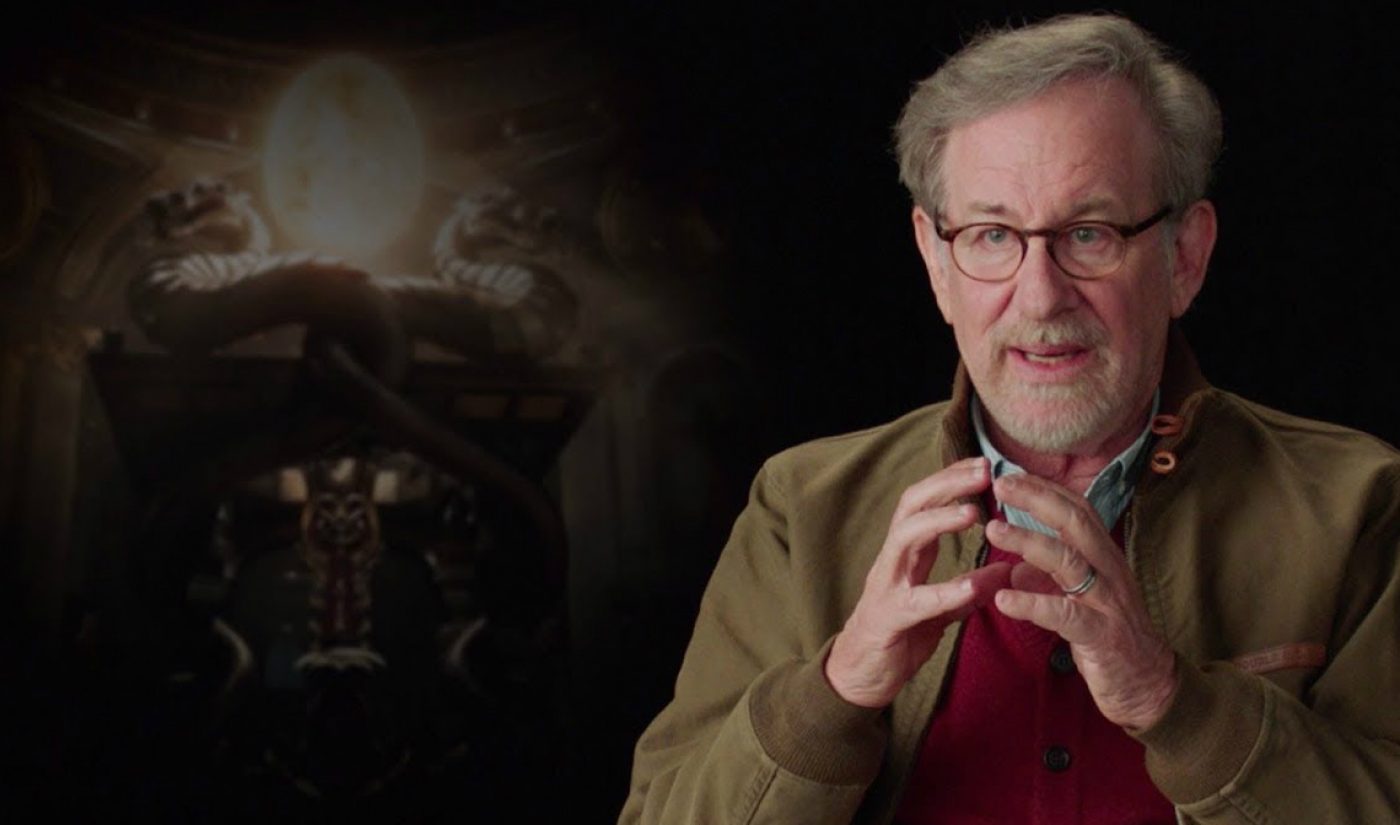 Quibi’s reviving classic MTV shows, working with current pop culture powerhouses like Chrissy Teigen, and has signed content creation deals with lauded directors including Guillermo del Toro (The Shape of Water) and Jason Blum (Get Out). Now, the video startup has announced another significant partnership, and it comes with a unique tech twist.

All that’s to say: acclaimed Hollywood filmmaker Steven Spielberg has signed on to write a horror series for Quibi — one that viewers will only be able to watch when it’s dark outside.

The series, tentatively titled Spielberg’s After Dark, will be 10 or 12 “chapters” long, Variety reports. For those unfamiliar, Quibi’s $1 billion-backed claim to fame is its approach to content, where series arrive in 10-minute “chapters” (Quibi’s term for episodes) meant to be consumed via smartphone.

Spielberg — who’s also developing a series for Apple’s upcoming streaming service but has been notoriously critical of streamers like Netflix — approached Quibi with the idea, Quibi founder Jeffrey Katzenberg said yesterday at the Banff World Media Festival. However, he stipulated that he wanted the company to create something that would prevent viewers from watching it during the day.

To achieve that, Quibi engineers added a feature that tracks what time the sun rises and sets in a user’s particular location. So, if a user lives in middle Canada, where the summer sun sets at 10 p.m. and rises at 4 a.m., they have only those six hours to watch After Dark. Katzenberg explained that when users look at the series in the Quibi app during the day, they’ll see a clock ticking down the hours until they can watch the series again.

During his talk at Banff, Katzenberg also offered some additional information about Quibi. For one, when the service launches in 2020, it’ll offer users a two-week free trial period. (After that, users can subscribe at $5 per month with ads, or $8 for ad-free.) At launch time, Quibi will have eight “super premium” series — which Katzenberg referred to as “movies,” per Variety — in its library. Katzenberg and Quibi CEO Meg Whitman have previously said they plan to debut two new series per month after launch, and yesterday Katzenberg confirmed Quibi has 26 originals set to roll out every other Monday over the course of the year.

Katzenberg expects the “super premium” projects to be Quibi’s groundbreakers, like House of Cards was for Netflix and The Handmaid’s Tale was for Hulu, he said onstage.

In addition to scripted series, it’s also offering things like news content (from a division run by longtime news editor Janice Min) and non-scripted content. Katzenberg said that in total, it’ll all add up to about 125 new pieces of content per week, or 7,000 pieces during Quibi’s first year.