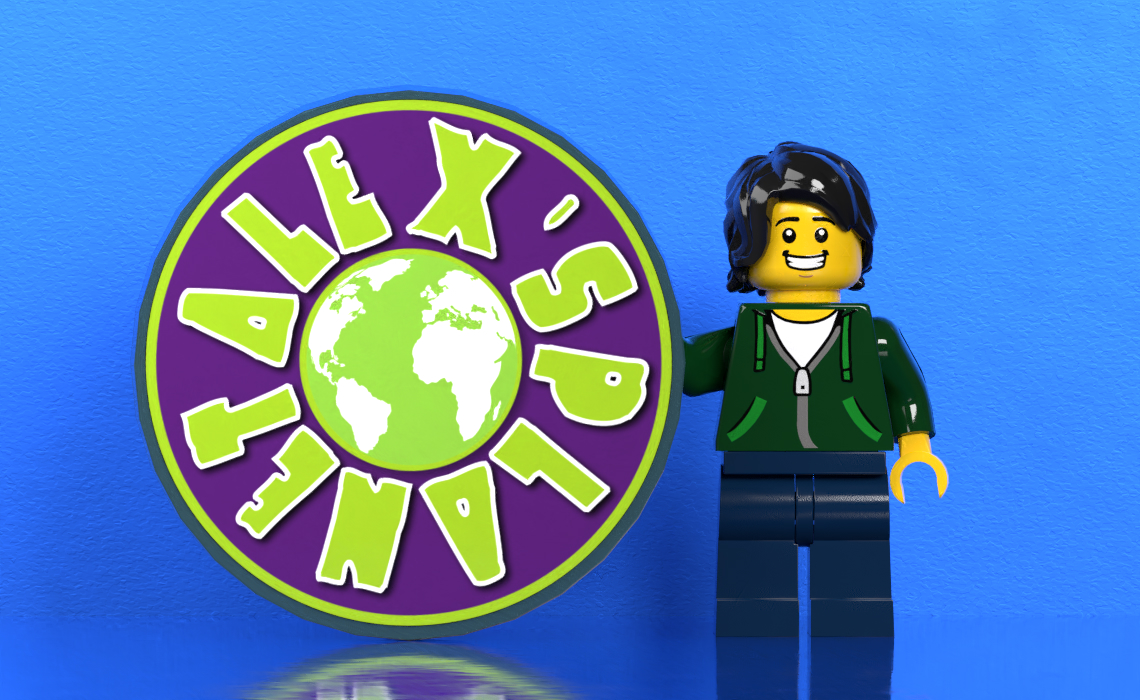 In the next five minutes, more than 180,000 Lego pieces will be produced. Lego, which has been a mainstay of kids’ entertainment for decades, churns out 19 billion play elements (things like bricks of numerous sizes, minifigures, and rubber wheels for vehicles) each and every year.

And YouTuber Alexsplanet uses thousands of those pieces to create his extensive stop-motion animation projects. The creator, who’s based in Russia and goes by his username, generally produces one three- to five-minute short film per month. That may seem like a relatively long time between videos compared to some other YouTubers, but it takes Alexsplanet a full month of nonstop work to complete all the pieces (er, no pun intended) and bring them together into a polished product.

Why does it take so long? Well, creating stop-motion animation is a ridiculously labor-intensive process. First, Alexsplanet has to come up with the story. Then he has to build the story’s large sets from scratch. Those take between four and eight hours each — and he builds between 10 and 15 for every video. Once the sets are complete, he places his characters and then painstakingly moves them, infinitesimal motion by motion, through the film’s choreography, photographing each new pose.

Thousands of photos later, he has his raw material. Then he has to edit the film together, adding sound effects and some spoken lines (for which he lends his voice).

Over the years, Alexsplanet has drawn in more than one million fans by creating his popular prison break series of videos, along with videos related to beloved characters like the Simpsons and the Hulk.

Now that he’s amassed a following, he’s looking to bring his viewers something new: 3-D animation that looks like hand-created Lego stop-motion. It’s even more challenging than physical Lego stop-motion — but for Alexsplanet, the challenge is half the appeal.

Alexsplanet: I am 32 years old and I am from Moscow. I seriously started to work on the channel about five years ago. Before I started putting animation on the channel, I did some tutorials regarding network configuration and some other technical stuff, as I am an IT engineer. Then I decided to do stop-motion animation. It was quite spontaneous, because animation was an absolutely new and very interesting area for me. Even after five years, it is still very intereting for me, because every time I need to solve new tasks to make my animation as smooth as possible.

Alexsplanet: I visited ‘People Week,’ a YouTube creators’ forum in Russia. After the forum, I was so inspired that I decided to start working on the channel more seriously.

Alexsplanet: I believe I do the smoothest stop-motion Lego animation on YouTube, with the best quality. 🙂 I try to improve and add some new animation techniques in every new video.

Tubefilter: How did you get into Lego? What about stop-motion?

Alexsplanet: Honestly speaking, I used to not think about Lego animation at all. Moreover, I thought Lego was for children. But once, I decided to visit the Lego shop and found that Lego had improved a lot since my childhood. There were some incredibly amazing and huge sets for adults. I wanted to buy all of them. 🙂

I bought one adult set just for fun, built it, tried to create a single stop-motion animation, and then started my career of Lego animator.

Tubefilter: We have to know: How long does it take you to film the average video for your channel? Do you happen to know how many behind-the-scenes adjustments you make over the course of one video?

After the decoration is built, I start to move Lego minifigures and other staff, capturing photos for every frame. This is the most time-consuming and difficult part of the process. Usually, I need to make about 5,000 to 6,000 photos to get a smooth four minutes of Lego animation. After all the photos are done, I do some montage and add sound to the movie. It takes about five to seven days to connect all the photos into the animation and add sound.

Alexsplanet: I remember I released a Christmas animation with Homer Simpson (How to Catch Santa Claus). In one month, I got one million views, and it was the first popular video on my channel. People liked the video and they started to subscribe to the channel very fast. When I started the channel, I posted my videos in different communities on Facebook and Reddit. I also asked some bloggers to talk about my channel in their videos, if they liked it.

Alexsplanet: I like car racing, but as it is quite expensive, I don’t race in real life. Instead I simrace in games like iRacing and Assetto Corsa. I drive for a Spanish simracing team — Positive SimRacing. I think I am quite good in simracing; I was in the Nissan GT Academy Final in 2013, and got 7th place there. I also do like and play other traditional sports: football, basketball, table tennis.

Alexsplanet: I think the most interesting part is the first couple of days after I post a new video, because it is so interesting to see people’s reactions to the video.

Alexsplanet: The next step is to improve the quality of my videos. I’ve started to study 3-D animation, and I want to try adding some 3-D Lego movies to the channel, making them look like they’re real stop-motion and not 3-D. This is a quite interesting challenge for me now.

You can add yourself to the ranks of Alexsplanet’s more-than-a-million YouTube subscribers at his channel YouTube.com/Alexsplanet.

YouTube Millionaires: NEFFEX Supplies YouTube’s Creator Community With A New Copyright-Free Song Each And Every Week