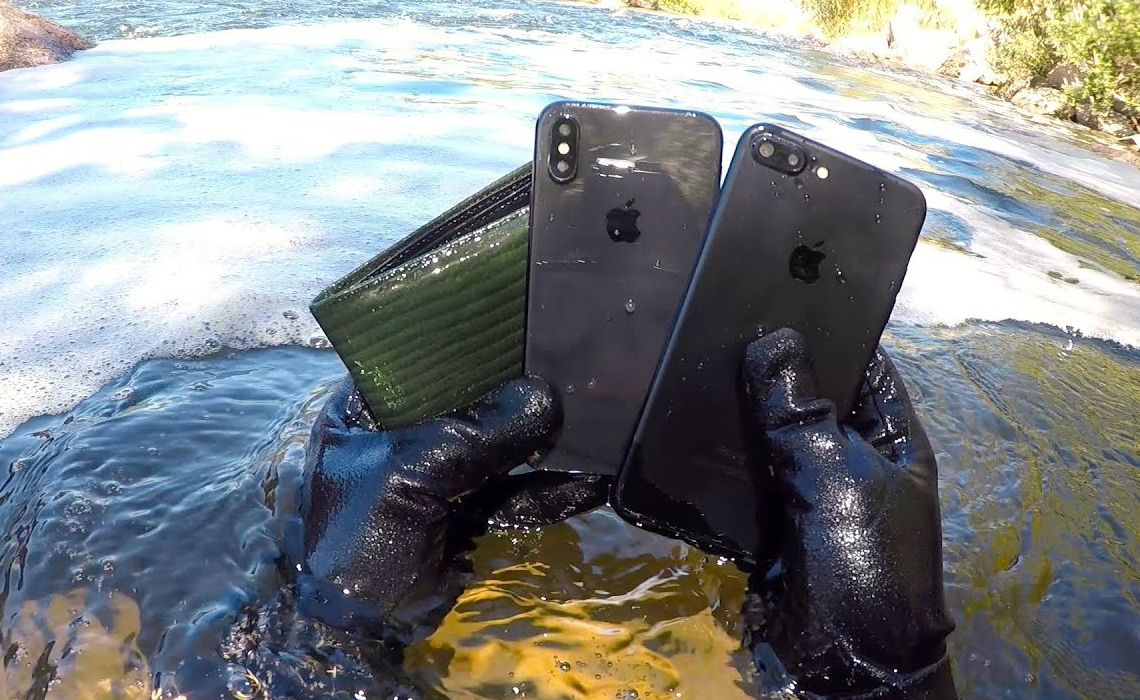 Creators Going Pro: The Man Behind ‘Man + River’ Is On A Mission To Return Found Items To Their Owners — And Clean Up Waterways

As a kid, Dallas Rowley survived in the water. He grew up Arizona, and the searing heat drove him to seek all the chill he could get in local pools and waterways. It was in those waterways that 12-year-old Rowley discovered his first piece of river treasure: a set of car keys laden with keychains, nestled on the muddy bottom of a river like they were waiting for him to come along. He was instantly hooked.

It wasn’t until much later, though, that he realized other people would find his diving adventures just as interesting as he did. His love of finding stuff at the bottom of lakes and rivers only flourished as he got older, and one day, that love led him to a find something that would prove to be much more interesting, lucrative, and life-changing than everyday car keys: a still-working GoPro.

Rowley had no experience making underwater videos, but he decided to give it a shot. He superglued the newly-discovered GoPro to his dive mask (which, BTW, was also salvaged from a river) and recorded his next exploration. Then, in 2017, he set up a YouTube channel, Man + River, and posted the footage.

Now, looking back at the 10-minute, unedited video, he’s not too impressed by his own fledgling production skills. But those skills, of course, have sharpened over time. Rowley now produces one to two videos per month (all fully edited, of course) where he takes his 3.1 million subscribers with him on expeditions to find miraculously salvageable iPhones, crashed drones, mysterious sealed boxes, and much, much more. And while Rowley may not be as prolific as some of our other Creators Going Pro featurees, his bimonthly uploads help his channel to rake in between 10 and 20 million views each month.

The water has always been a big part of Rowley’s life, but it was YouTube that turned his passion into his profession. Over the next few months, he plans to debut a slick, TV-style miniseries chronicling his adventures — and after that, he’s aiming not just for TV-style content, but for TV itself.

Dallas: I was born and raised in Mesa, Az.,  where the only way to survive the summer heat was to get in the water! I remember my first time ever finding “river treasure” was when I was about 12 years old. We were floating down the river, and I saw something shiny a few feet down. I jumped in without any snorkeling gear, grabbed it, and came up with a pair of car keys. It had all kinds of crazy keychains on it, and to me, that was as cool as pirates’ treasure! A few years ago, I got scuba certified, and started taking it more seriously.

Dallas: I still can’t believe how lucky I am…I’ve met so many amazing fans who are just as adventure-minded as I am. Several years ago, my brother-in-law and I were diving together, and he was the first to find a GoPro! He gave it to me, and I super-glued it to my dive mask (which I also found in the river), hit record, and went for a dive. I posted that very boring, unedited video on YouTube, and after a week or so it had 4,000 views!!! That was unreal to me. So I kept going, putting more and more time into editing, and more and more people were tuning in! I never expected the channel to blow up like it did. I picked YouTube because I’ve enjoyed YouTube videos since I was a kid, and it was my natural option. But now I post to both YouTube and Facebook.

Dallas: My first check from YouTube came on March 7, 2017, for $285. YouTube doesn’t pay you until you’ve earned at least $100, so that $285 was built up over a couple months. It was a really cool feeling to see a check from Google. Then I got my first brand deal just seven months ago for an underwater scooter, and that earned me $1,150. I think that video got the attention of other brands, because I started to get some great sponsorship offers after that.

Tubefilter: Tell us more! What brands have you worked with?

Dallas: I’ve done six sponsorship videos to date, but I like to remain a free agent, so I’m not tied down to any specific brand. I get a lot of offers from small companies or irrelevant products which I don’t accept, but every once in a while I get a company I love, like OtterBox and Audible. I love supporting brands I’ve always used and enjoyed, while also trying new companies I believe in.

Tubefilter: How do you budget for your channel? Do you ever have to budget for travel to diving locations?

Dallas: Thankfully, my channel is pretty low cost. Up until last month, when I bought a real camera and microphone, I just used my GoPro and iPhone camera for all my filming. My beautiful wife Sheridan is my cameraman for when I’m out of the water, returning lost items to people and stuff. When I travel out of state, we make a vacation out of it, so it doesn’t end up costing much more than regular vacations. I only go out of state a few times a year.

Tubefilter: Along budget lines as well, do you ever sell things you find? Or does your profit from diving and exploring come primarily from YouTube?

Dallas: At the beginning, I used to sell some of the things I found because I didn’t know how to track down the owner like I do today. Not to mention the time it takes to find an owner — I didn’t have that kind of time while working my full-time job and being a student, husband, and new father. Then I quit my full-time job, and have become pretty dang good at finding the owners! (Let’s be honest, that’s the best part of the hunt.) Every once in a while, I give superfans the chance to own some river treasure by either posting it for sale on my website, or doing a giveaway. Some of the weirdest things fans have bought were a destroyed iPod Nano, a bugle, and some fake Ray-Bans for $5!

Dallas: It’s a tie between my top two! Either the iPhone 6s buried for nine months beneath 12 inches of silt at the bottom of a waterfall–which STILL WORKED–or the bug-out bag full of ammo, a knife, money, military watch, and a $900 gun! The gun was surreal to find, and we got the police involved. But the insane story of the iPhone was something I’ll never forget, and neither will Ahmed, the owner.

Dallas: I remember toward the end of 2017 being interviewed by the local news, and the reporter asked me “Will you ever do this full time?” I’d never considered taking the risk of quitting my full-time job, but when he asked me that question, I really considered it for the first time. Several months later, after months of earning more on YouTube than at my full-time job, I realized I would be an idiot to not give Man + River a real chance, so I quit my job. The next morning, I woke up and worked on YouTube all day, and that was my Semaphore Moment…What an amazing feeling!

Tubefilter: What’s your production schedule like? Do you have a set filming and uploading schedule? Do you take days off?

Dallas: During the summer, I post every weekend. Wintertime, I post once every other weekend, using videos I saved from summer, and some winter scuba dives. This year I plan on improving my upload schedule, and making it a set day and time every week, so my viewers can depend on it. We just moved a month ago, so I took quite a break, and I’m happy to say my subscribers were totally understanding. With my YouTube channel, I have the time to pursue my other dreams, so I usually only spend about three days per week working on YouTube videos, and the rest of the week is spent on my other business, and spending time with my family!

Tubefilter: You’ve grown your audience quite quickly. Was there a particular video where you really felt like you’d found your viewers? How did you grow that viewer base?

Dallas: This question is easy for me. My first real viral video was the one I mentioned earlier, where I found the iPhone that was down there for nine months and still worked. To date, it has 93 million views between YouTube and Facebook. That was when I really got to meet a large number of new viewers and started to build a community.

Tubefilter: Can you let us know how many people are on your team? Do you have anyone behind the camera with you, like an editor, etc? What about a manager or network? Trying to get a sense of the full crew here, as that’s a really interesting component for our readers.

Dallas: The only official team members as far as camera work and editing are my wife and me. For about the past year, I’ve had the help of a Network called Studio71, who help to maximize my opportunities as a YouTuber. I’ve had some editors offer to edit my videos for me, but I think I’ll always do my own editing, just because half of the “flavor” of the video comes from my weird quirky humor and style…or lack thereof.

Dallas: I’m really excited about this summer — we’ve got some cool opportunities, including a TV format miniseries, and I really hope to have a full TV show in the near future! My long-term vision is to continue to build the brand, launch my own line of dive gear, start a nonprofit to safely clean up the bottoms of rivers and lakes, and keep influencing younger generations to get off the couch! My channel will always be three things: entertaining, family-friendly, and a positive influence. I owe so much of my life to YouTube and my loyal viewers. We have a win-win-win situation, and I plan to keep this party goin’!