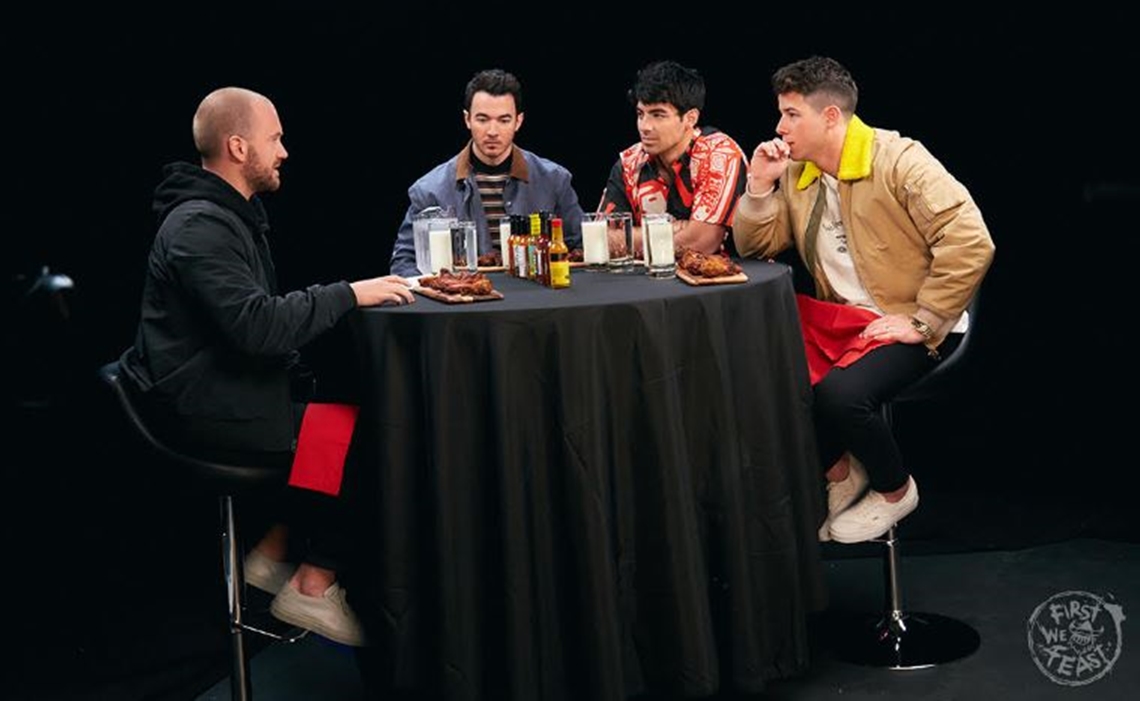 Complex Networks-owned food vertical First We Feast has tapped Tums to serve as the official season nine sponsor for its flagship Hot Ones series.

It’s a clever move for the antacid brand, given that Hot Ones sees A-list celebrities sitting down for intimate interviews with host Sean Evans while eating 10 progressively spicier chicken wings. Perhaps most pertinently, the brand will be promoting its latest launch — Tums Chewy Bites With Cooling Sensation — which purports to have a cooling effect while helping to fight heartburn.

The ninth season of Hot Ones will bow on May 30 at 11 am ET on the First We Feast YouTube channel (which counts 6 million subscribers and 890 million lifetime views) and will feature music trio the Jonas Brothers. The group recently reunited for an album titled Happiness Begins, which releases on June 7. Subsequent episodes of Hot Ones will roll out every Thursday. Other recurring series on the First We Feast channel include Food Skills and The Burger Show.

Tums, which is owned by GSK Consumer Healthcare, will be integrated into the ninth season of Hot Ones in myriad ways, including custom pre-roll ads, social media content, and experiential activations at Complex’s first-ever ComplexCon in Chicago, which is slated for July. ComplexCon is a two-day cultural festival that annually attracts roughly 200 brands and 60,000 attendees.

You can check out the various hot sauces that will be featured in the ninth season of Hot Ones right here: