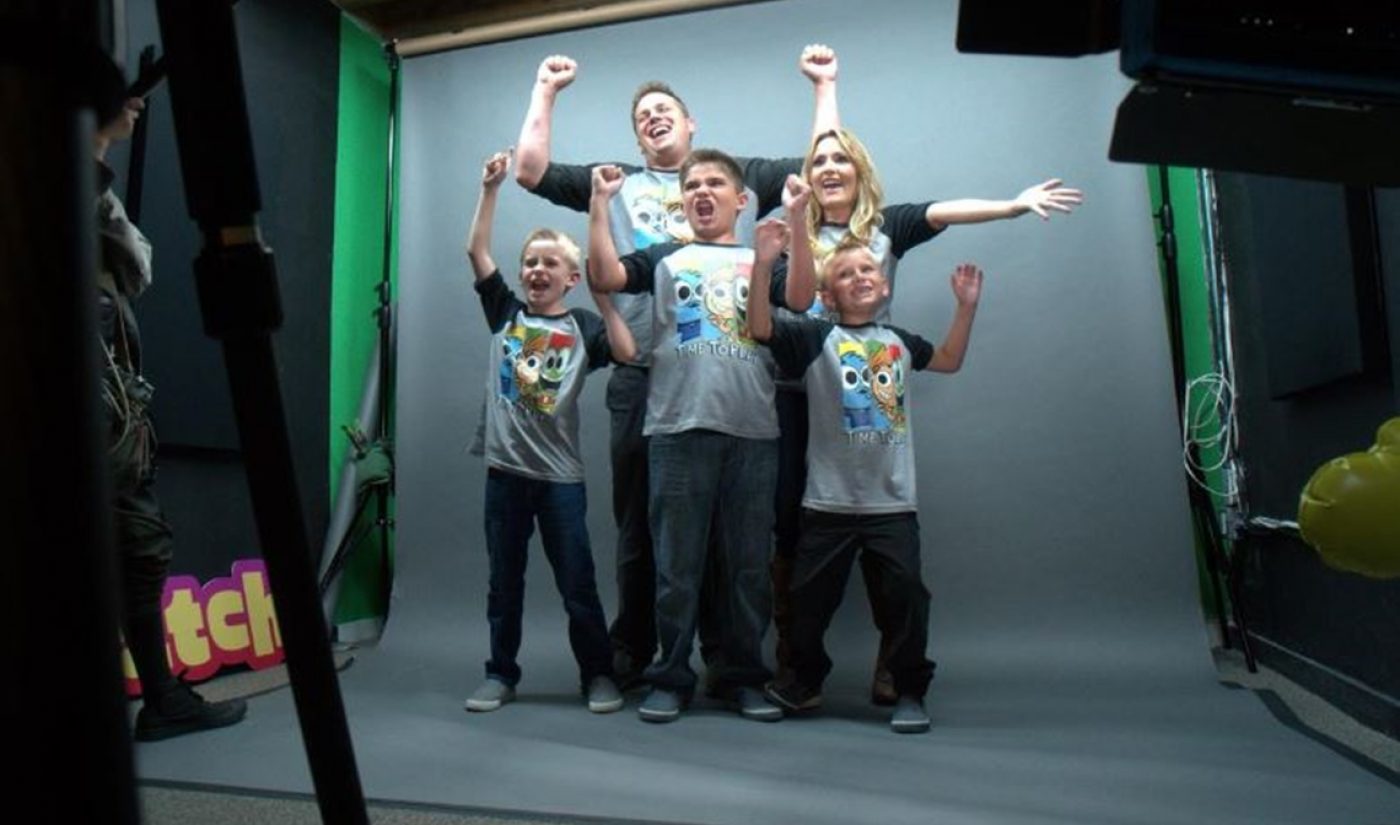 Pocket.watch, the digital studio that reps a stable of kid-friendly creators, is aiming to franchise the HobbyKidsTV family of YouTube channels into a fully-formed entertainment brand, complete with a new animated series, consumer product lines, and retail partnerships. The new brand will be called HobbyKids Adventures.

This is similar to what Pocket.watch has done for YouTube phenom Ryan ToysReview, with whom Pocket.watch partnered to launch Ryan’s World. Today, Ryan has a show on Nickelodeon called Ryan’s Mystery Playdate, as well as a vast merch operation across myriad categories the world over. In this vein, Pocket.watch says, it is aiming to birth digital-first franchises that can rival those built on the backs of traditional TV and film properties.

The animated HobbyKids Adventures series will arrive on June 22 care of Butch Hartman (The Fairly OddParents) on the HobbyKidsTV YouTube channnel. HobbyKids operates 10 total channels that feature the charistmatic family of five — including dad, HobbyMom, and their three sons HobbyPig, HobbyFrog, and HobbyBear — who prefer not to disclose their real names. The new series will follow the three brothers as they navigate hilarious escapades, using fun, food, and inventions to triumph over their arch enemies, ‘the Slobby Kids’.

You can check out an announcement below:

After the series premieres, the HobbyKids Adventures brand will come to comprise toys, apparel, bedding, room décor, pajamas, backpacks, and more. Products will be created alongside licensing companies Just Play, The Bentex Group, Franco Manufacturing, and Bio World, and will be distributed exclusively at Walmart (where Ryan launched his brand). To fete the series premiere, Pocket.watch will host an eight-week experiential tour at 24 Walmart parking lots across the country, including Hobbykids Advetures viewing parties and meet-and-greets with the whole family.

The tentpole HobbyKidsTV channel launched in 2013 and has subsequently become one of the biggest kid-friendly destinations on YouTube, with 3.5 million subscribers and over 6.2 billion lifetime views.