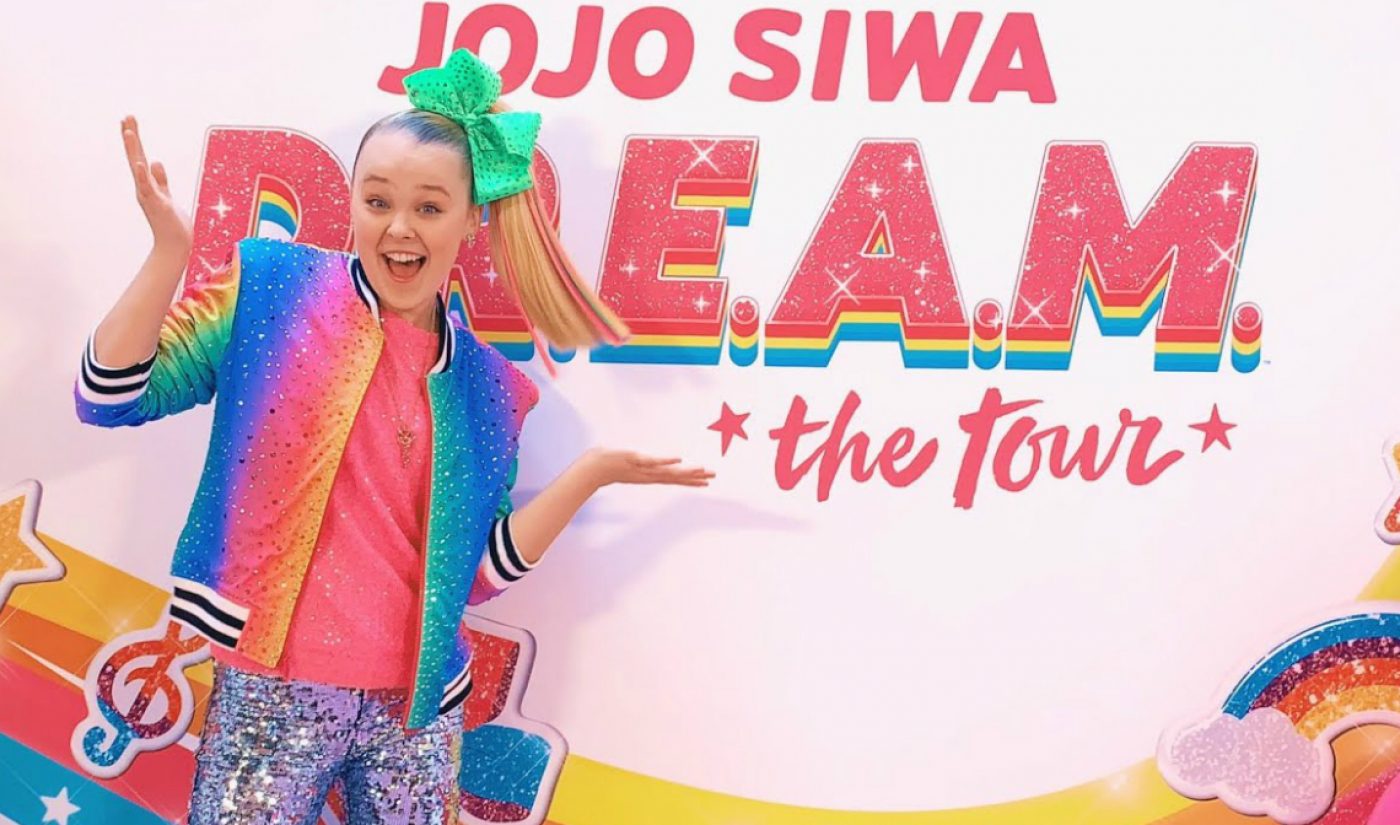 Glittering Nickelodeon star JoJo Siwa has kicked off her first tour with a bang. Yesterday — which was also Siwa’s 16th birthday — she opened D.R.E.A.M. The Tour with a sold-out live show in Phoenix that drew nearly 5,000 to the city’s Microsoft Theater.

“What an unreal night,” she said in an Instagram post about the tour’s opening show. The attached photo shows her, as usual, sporting one of her signature hair bows. “I can’t explain how I feel after tonight, it’s so rewarding to do what I love in front of thousands of people.”

She added, “Everyone has worked so hard to help me make my dream happen, and it 100% did!”

D.R.E.A.M. The Tour, which is arranged by Nickelodeon, celebrates the release of Siwa’s first EP (also named D.R.E.A.M.). Over the next four months, she’ll visit more than 70 U.S. cities, concluding Sept. 17 in Grand Prairie, Texas. The tour was originally meant to visit only 22 cities, but Nickelodeon expanded it in December, and then again in April.

Siwa’s birthday special, JoJo’s D.R.E.A.M. Birthday, also debuted yesterday, and during the special, she surprise-dropped a new music video for her song “Worldwide Party” on YouTube.

Nickelodeon signed Siwa in 2017. Her D.R.E.A.M. EP and tour are both part of the entertainment giant’s plan to build up a stable of influencers and take them into ventures outside of television.

“These songs aren’t born out of a specific show, as iCarly or Victorious were,” Doug Cohn, Nick’s SVP of music, said when D.R.E.A.M. dropped last November. “Rather they appear on all of our various platforms in a multitude of ways — both audio and visual. The landscape is changing, and Nickelodeon is changing with it.”

You can get tickets for Siwa’s tour on her website.