Viral Star Grumpy Cat Passes Away, Is Memorialized In Memes 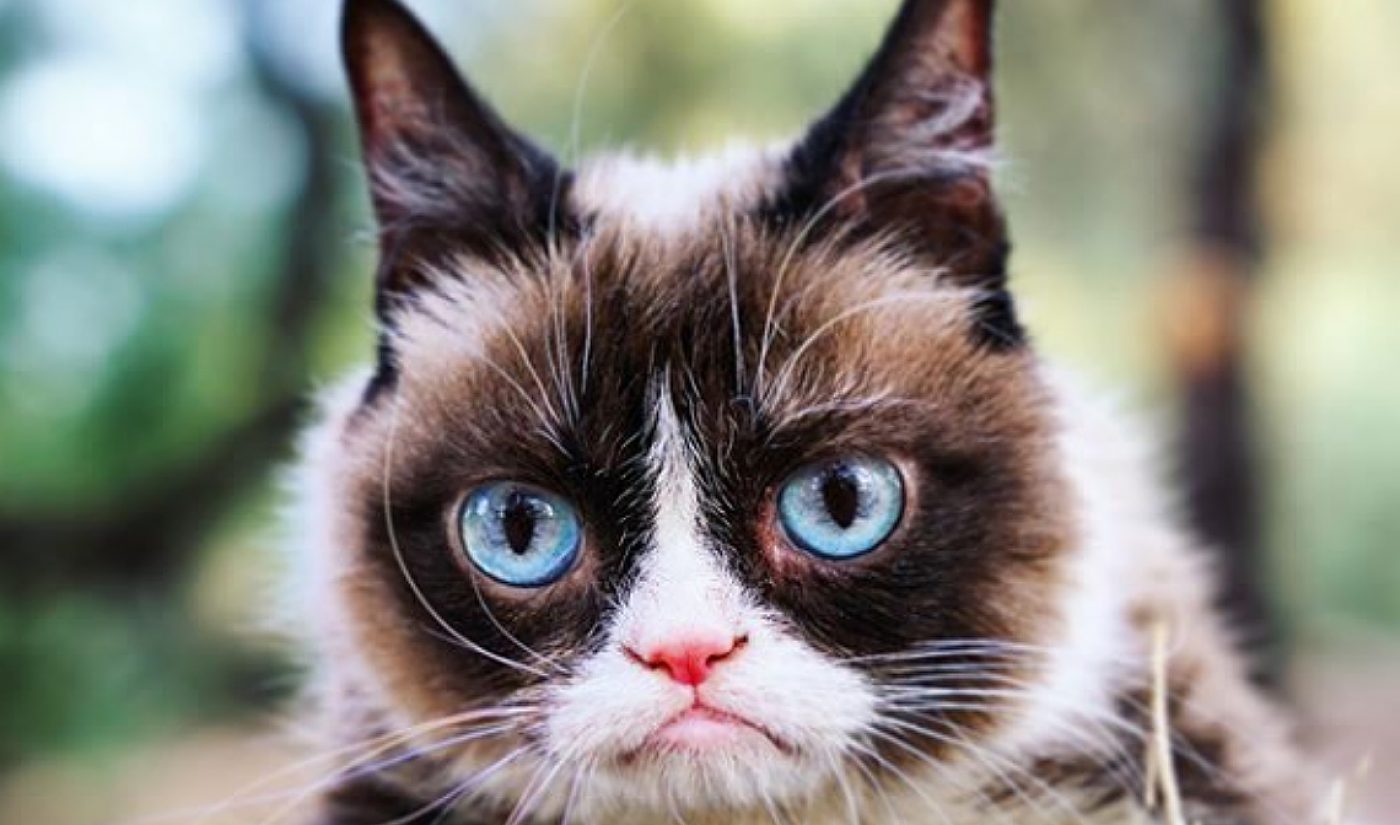 One of the world’s preeminent viral stars has died.

Grumpy Cat, whose naturally grouchy expression captured the internet’s heart and spawned millions of memes, merch items, and a Lifetime movie, has passed away at age seven.

“Despite care from top professionals, as well as from her very loving family, Grumpy encountered complications from a recent urinary tract infection that unfortunately became too tough for her to overcome,” her family said in a statement tweeted from the Grumpy Cat Twitter account (which has 1.5 million followers).

“Grumpy Cat has helped millions of people smile all around the world,” they added.

Grumpy Cat (whose real name is Tardar Sauce) rose to fame in 2012, when her owner Tabatha Bundesen’s brother Bryan posted a photo of her unique appearance to Reddit. Her distinguished scowl was the result of birth defects causing an underbite and feline dwarfism, and her family repeatedly assured folks that though she looked a little intimidatingly angry, she was “just a regular cat.”

In the years that followed her Reddit debut, Grumpy Cat amassed a large following, including 8.5 million fans on Facebook and 2.5 million followers on Instagram. She starred in a VICE documentary, appeared on American Idol and The Bachelorette, and was named the “biggest star” when she appeared at the South by Southwest Film Festival in 2013. She did brand deals with the likes of Disney, Cheerios, and Friskies — the latter of which resulted in multiple appearances on Friskies’ YouTube series, Will Kitty Play with It?

She also starred in her own Lifetime film…with the help of Parks and Recreation alum Aubrey Plaza, who lent Grumpy Cat her voice.

News of Grumpy Cat’s passing has prompted a swell of mourning from internet denizens, who’ve taken to social media to pay tribute in top meme form.

If I know grumpy cat, she too was an amalgam. RIP grumpy cat. pic.twitter.com/2OiCDRYMda