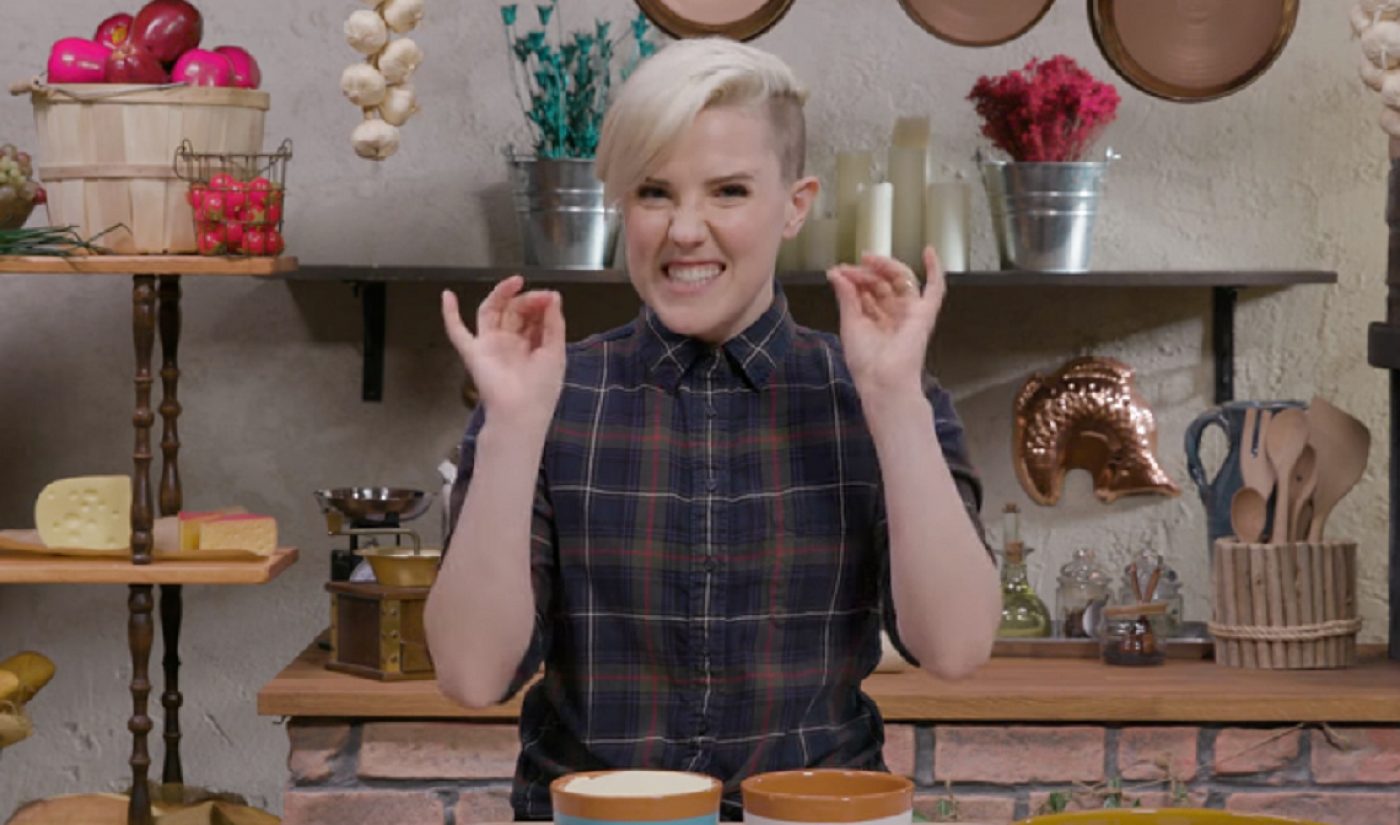 Almost exactly one month after YouTube foodie Hannah Hart announced she was doing a series with Ellen Degeneres’ digital network, she’s got another show in the pipeline.

Hart, who has 2.5 million subscribers on YouTube, will star in Edible History, an eight-episode Facebook Watch series produced by BuzzFeed’s culinary arm Tasty. In each seven to 12-minute episode, Hart will chat with a food historian as she attempts to recreate ancient recipes with period-appropriate preparation techniques and kitchen implements.

“I’ve always had curiosity about the people who created the recipes,” Hart told Variety. “We thought, what’s a fun way to combine my love of history with my love of f-cking around in the kitchen?”

Two of the recipes she’ll try this season are cheesecake from 2,000 years ago and Mayan tamales.

For those not in the know, Hart rose to YouTube fame eight years ago thanks to her still-ongoing series My Drunk Kitchen, where she — as you’re probably expecting — gets drunk and does her best to try making everything from buttered bread to queso to…pizza cake?

Edible History’s first episode drops on Tasty’s Facebook page (which has a whopping 99 million followers) this Sunday, May 19. Viewers will watch Hart attempt to make a lasanga from ye olde days — that is, about 700 years ago.

You can watch the series’ teaser below.

As for what else Hart’s up to, her aforementioned Ellen Digital Network series, A Decent Proposal, is airing on the network’s YouTube channel (32 million subscribers). That series sees Hart, who’s engaged to BuzzFeed producer Ella Mielniczenko, help other couples organize their perfect proposals.

Hart also recently debuted her second cookbook, My Drunk Kitchen Holidays, and launched a Patreon page to fund her lifestyle podcast Hannalyze This.