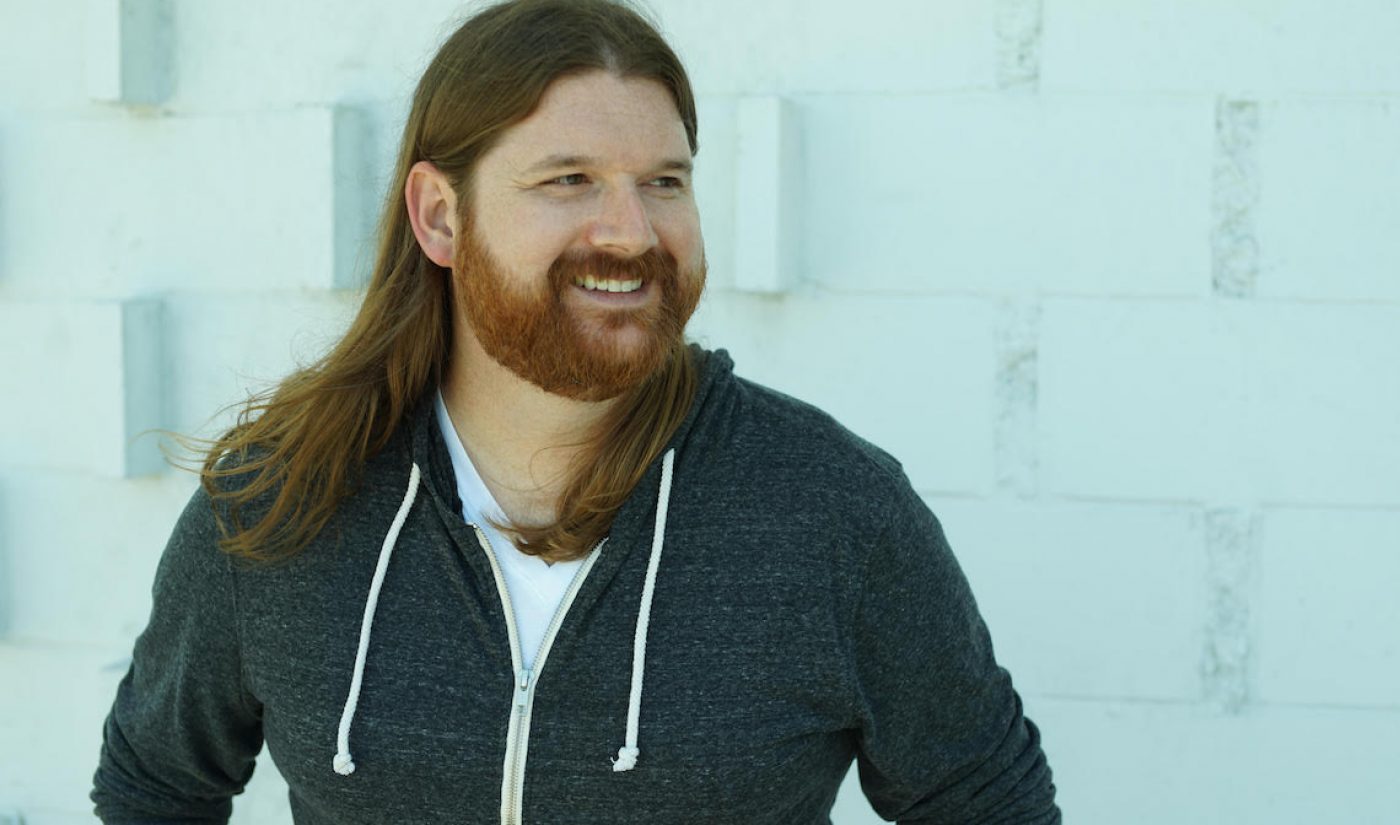 YouTube creators lose out on millions of dollars of potential ad revenue due to stolen content every year.

The most common culprits are copycat channels with hundreds of hours of straight up ripped, reuploaded, and monetized content or your standard compilation video fare. Not the professional compilations composed of licensed clips from larger media organizations, but ones created by individuals with nefarious monetary intentions or regular fans who don’t know any better.

To be clear, none of these practices are taking money out of creators’ pockets, but they’re making money for others when that revenue should be going to the original creators themselves.

“What about Content ID?” you ask. “Isn’t that supposed to protect creators from this exact thing?” I’d ask that, too. It works really well. It’s just not available for everyone.

YouTube does operate a best-in-class flagship infringement-busting tool called Content ID, into which its invested over $100 million and paid out more than $3 billion to rightsholders. The tool ingests rights holders’ content, flags videos on other channels that are using the rightsholders’ content, and gives the rightsholder the opportunity to 1) claim the video and receive the ad revenue, 2) block the video and make it not viewable, or 3) takedown the video under the DMCA. But only certain creators and companies can gain access to Content ID. Anyone can try to sign up, but typically the tool is reserved for rights holders with use cases where there is a lot of piracy. Think music labels, film studios, or some other type of larger individual or organization with “frequent takedown needs”.

Note: You’ll sometimes hear YouTube creators and rightsholders talk about Manual Claiming (i.e. my video was manually claimed, WTF?!). Manual Claiming is a feature of the ContentbID tool that’s even more exclusive. It’s reserved for rightsholders with seemingly the most egregious piracy problems and takedown needs. It functions exactly how it sounds and is meant to help correct by way of human intervention anything that slips through the hands of the machine that is Content ID. So, the rightsholder can go and “manually claim” a video (and decide to enforce 1, 2, or 3 mentioned above) whether or not Content ID has found a claim.

So, without access to Content ID, creators can’t seek to monetize their pirated content. (YouTube did come out with an abbreviated version of Content ID called Copyright Match, but a year after the announcement it’s still in beta, has only rolled out to a select few creators, and only allows creators to takedown matched content – not claim it). The only thing your typical creator can really do when it sees pirated content is get it taken down though the standard DMCA takedown process.

“What’s a creator who sees their content all over YouTube on other people’s channels to do?” you ask. Rian Bosak and his year-old rights management upstart SuperBam have an answer.

After spending nearly a decade in the digital industry himself — first as Head of Deployment at fashion and beauty-centric multi-channel network StyleHaul, and then as VP of network operations at Fullscreen, where he worked closely on Content ID services — Bosak has made it the mission of his young startup to help creators earn back their rightful ad dollars, he tells Tubefilter.

The venture appears to be something of a success out the gate. In its first year, SuperBam — which is backed in part by the digital media investment firm Next 10 Ventures — has helped over 100 creators monetize more than 2 billion pirated views, Bosak says.

Some of the firm’s clients include automobile-focused digital publisher Donut Media (1.9 million subscribers on YouTube) and Trevor ‘The Food Ranger’ James (3 million subscribers). Bosak notes that while most of SuperBam’s clients recoup between $100 and $1,000 per month, some earn as much as four, five, or even six figures.

Bosak also clarifies that unlike the traditional MCN model — whereby most networks offer rights management and other services for a cut of AdSense revenues — SuperBam only gets paid when it helps clients uncover new revenue “So we’re highly incentivized to make sure they’re getting as much as they possibly can,” Bosak says. The company usually engages in 30-day contracts that can be renewed month-to-month. And whatever revenues come in are separate from the creators’ regular AdSense earnings, so there’s no scenario in which, say, Superbam goes bankrupt and keeps a month or so of its users’ AdSense earnings to pay off creditors.

We sat down with Bosak to discuss some of the most common issues surrounding Content ID, and why he believes that it’s in the best interest of creators of all sizes get a handle on copyright issues so that they’re not leaving any money on the table. Check out that conversation below:

Tubefilter: Tell us a little about how Content ID functions for the uninitiated.

Rian Bosak: Content ID was launched by YouTube in 2007 to help rights owners scale management of their intellectual property.

The system works by delivering a fingerprint of a piece of original audiovisual content to YouTube, which then checks all subsequent uploads against that reference file. The tool also allows creators to monetize and manage their works that have been infringed upon.

RB: While varying access levels are made available to different rights holders, everyone can apply. This includes music publishers and labels, multi-channel networks, individual content creators, and major media companies. However, YouTube tends to be choosy with whom it gives access, and reserves usage to those with strong use cases.

Tubefilter: Where did you hone your expertise in the YouTube copyright realm?

RB: I have worked on the back-end of YouTube since 2011 and have helped creators make millions of dollars that they would not have otherwise earned by pioneering best practices that have become standard across the industry. All told, our team counts decades of experience working to identify and systematize ways to add value for creators.

Having witnessed the lack of transparency towards creators firsthand, we believe there is a better way to serve their needs. We have also come to understand that other companies — including traditional MCNs — who claim to offer these services are inadequate and typically don’t add the value that they say they will. We take a tailored approach to each client’s content and develop a custom claiming strategy to match it — without requiring them to sign over ownership of their channels to us, or signing long-term contracts. We don’t get paid unless they get paid first.

Tubefilter: What are the most common gripes about Content ID?

RB: Without Content ID, rights protection would be impossible on YouTube. Even though rights owners occasionally make mistaken claims, the reality is that the vast majority of claims made through Content ID — or manual claiming — are valid. Content ID does a great job of correctly identifying copyrighted material and then adding a human review component to assess various legal exclusions for the use of someone else’s property, most notably ‘fair use’.

The most common gripe about Content ID revolves around erroneous claims and the tenuous nature of fair use — which states that copyrighted material may be repurposed under certain circumstances, like criticism or news reporting, so long as the piece of ensuing content is “transformative” in nature. When creators are the victim of claims, they frequently leverage their audience to pitchfork against the rights owner — often due to a misunderstanding about fair use, which results in a bad experience for everyone involved.

Tubefilter: What kinds of creators do you work with you at SuperBam and what kind of value are you providing?

RB: We work with established creators that have issues with content piracy — everybody from traditional YouTubers to Twitch streamers to major media companies

Tubefilter: Why should content creators make managing their intellectual property rights a priority?

For many YouTubers, third-party copyright claims are part of life — whether correctly or incorrectly submitted, you’re likely dealing with them on a regular basis. To that end, the who, what, where, and why can be a mystery to untangle for creators trying to upload a video that they honestly believe is non-infringing.

Even amateur or semi-professional creators own copyright on anything original they create. We believe that there is inherent value in content creation, and everyone — including digital-first creators — should be recognizing that value. Therefore, piracy, whether it be unintentional or malicious, is a violation of that ownership.