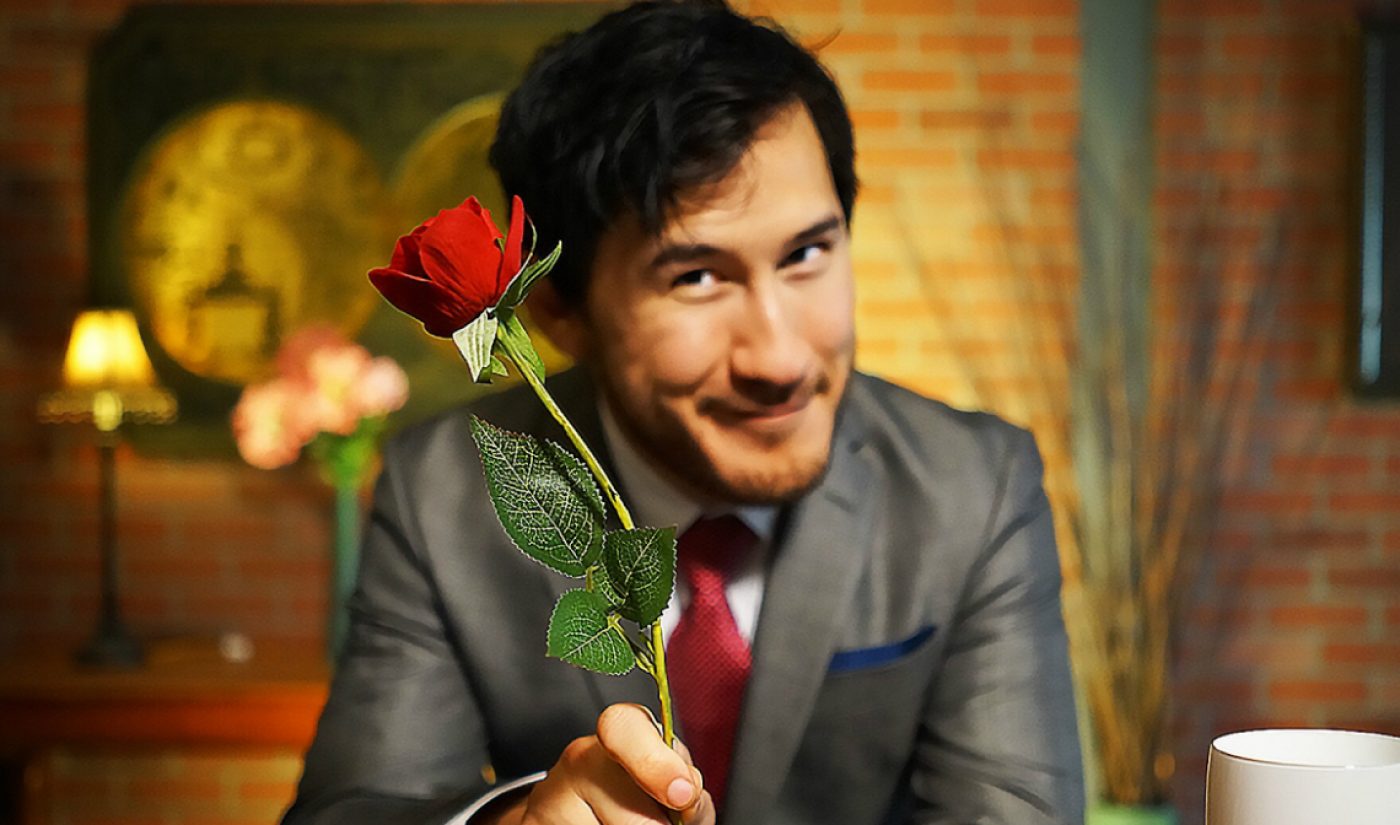 A Heist with Markiplier is based on the YouTuber’s self-produced interactive A Date with Markiplier series, which debuted in 2017 and chronicles an outing with him that gets a little…weird. In his YouTube Original, the star — whose real name is Mark Fischbach — will rely on viewers to make life-or-death decisions during a museum heist. The special begins production in late spring, and is being made in partnership with Austin-based creative studio Rooster Teeth.

As for Dude Perfect, a YouTube Original production team will follow the fivesome (Tyler Toney, Cody Jones, Garrett Hilbert, and twins Coby and Cory Cotton) on their first live tour this July and August. The Pound It Noggin tour is scheduled to hit 20 cities — but for those not in attendance, YouTube’s documentary will drop later this year.

YouTube also revealed it’s producing a documentary about the late Claire Wineland, who passed away last year after chronicling her fight with cystic fibrosis on YouTube. The documentary, Claire, tells her story through interviews and footage, and explores her history of activism and advocacy. It will release in fall this year.

Other creator projects YouTube hyped during its presentation are previously announced new series Could You Survive the Movies with Jake Roper (3.6 million), premiering in October, and Retro Tech with Marques Brownlee (8.5 million), premiering in December. And, of course, the second season of Liza On Demand, starring Liza Koshy (16.8 million), is currently in production.

Last but not least, YouTube’s producing another handful of educational series for its heavily-invested-in ‘Learning’ initiative. Two of those are the formerly announced Could You Survive the Movies and Retro Tech. Today, YouTube revealed it’s making a full series out of Michelle Obama’s literary special BookTube. The one-episode-a-month series drops this summer, and will see Obama chatting with top YouTubers in the literary space, as well as bestselling authors.

Other newly-announced Learning series include The School of Life and Show Me the Evidence. In The School of Life, creators behind the YouTube channel of the same name (4.4 million) will chat with “a group of the world’s most interesting and diverse YouTube creators” to address current philosophical questions, YouTube says. In Show Me the Evidence, co-produced with Vox, journalists will chat with experts to answer their YouTube audience’s most burning questions.

Worth a mention: YouTube also reiterated today that soon, viewers won’t need to subscribe to YouTube Premium ($11.99 per month) to watch Originals. They’ll all be free to watch — and thus ad-supported — by 2020.

And you can check out the rest of Tubefilter’s interviews from our Insights from the 2019 Digital Content NewFronts video series right here.