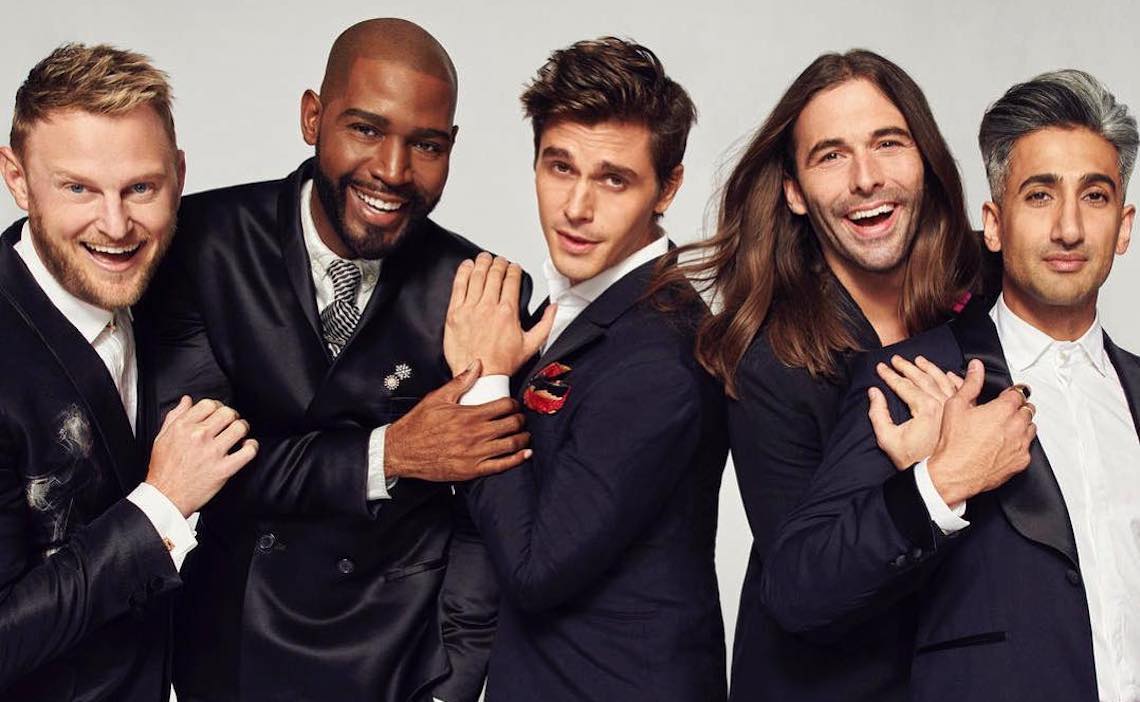 The rebooted Queer Eye series on Netflix is – like the original Queer Eye for the Straight Guy which ran on Bravo from 2003-2007 – a hit.

It debuted last year to critical acclaim and currently sports a Rotten Tomatoes score of 91%. What’s more is the show has made its stars wildly popular.

The new cadre of stylish gay men (Antoni Porowski, Tan France, Karamo Brown, Bobby Berk, and Jonathan Van Ness – collectively known as the “Fab 5”) who host the show took pop culture by storm and have since skyrocketed to fame, gaining millions of followers on social media and cultivating love and positivity not just for Netflix viewers, but across the internet.

That’s in part due to the big marketing pushes from Netflix. Leading up to and since its premiere, the streaming network has put a big push around the series with homepage features, tweets, trailers and snackable social videos that entice people to check it out — and then keep binging. Queer Eye-BoJack Horseman crossover, anyone? Or how about a Fab 5 lip-sync battle in anticipation of Beyoncé’s Homecoming on Netflix?

But beyond the official marketing push, it’s fair to say that the yaass queens just get social — and are reaping the benefits.

Not only do their posts prompt smiles and warm fuzzies (they are basically cross-screen titans of positivity), they’re advocates for LGBTQ equality and recently caused quite the flurry during a trip to Washington, D.C. that included meetings with Alexandria Ocasio-Cortes and Nancy Pelosi.

Grooming expert Jonathan’s quick Instagram video with AOC has generated over 2.3 million views as of this writing:

The guys align with trending topics in novel ways, bridge the online to offline worlds, give helpful hints on all of their areas of expertise and, of course, don’t shy away from a little self promotion.

As their popularity on screen and online has risen, fans have been contributing to the buzz, bring to life new memes and Twitter accounts related to the show.

To take a closer look at the social power and varied audiences of the Fab 5, we partnered with CreatorIQ, an influencer marketing platform that helps companies find and execute campaigns with creators. In just one year, the audience for each of the guys has increased drastically, with Tan holding the biggest increase, a breathtaking 87,397% growth in Instagram followers.

Also of particular note is the gender breakdown — you may assume that women would dominate the audience for these guys given the show’s themes, but that’s not entirely the case: while Bobby, Karamo and Jonathan all have a higher percentage of female followers, Tan and Antoni have a more male-skewed audience.

The age delineations are interesting as well. Tan and Karamo have a high percentage of 18-24 year olds, while Bobby, Antoni and Jonathan have wooed a larger 25-34 crowd.

Here’s a more detailed breakdown of key metrics for the Queer Eye team and some examples of how they’re partnering with brands to extend their reach.

Because each of the boys owns their own areas of expertise, they are natural fits for brands across different industries. Here are just a few examples:

Design expert Bobby used Redfin to find a new home. Antoni, the show’s cooking and nutrition master, worked with Boursin Cheese. Grooming expert Jonathan partnered with The Art of Shaving on a series of videos including tutorials and product use suggestions:

I got to work with this team of gorginas & the team over @theartofshaving , a fabulous easy to understand product line to get that person in your life into a grooming moment! @target #theartofshaving #availableattarget Thanks for helping me w the content! @danielpcalderon @prettylittlefawn @kylekrieger @brianmazza #ad

Netflix has yet to confirm a fourth season, but a four-episode special called Queer Eye: We’re In Japan! will premiere later this year featuring four lucky Japanese men and women.

And in the meantime, if you need a little more Queer Eye in your daily life, there’s a Chrome extension that turns an in-browser “yes” into their trademark “yas.”