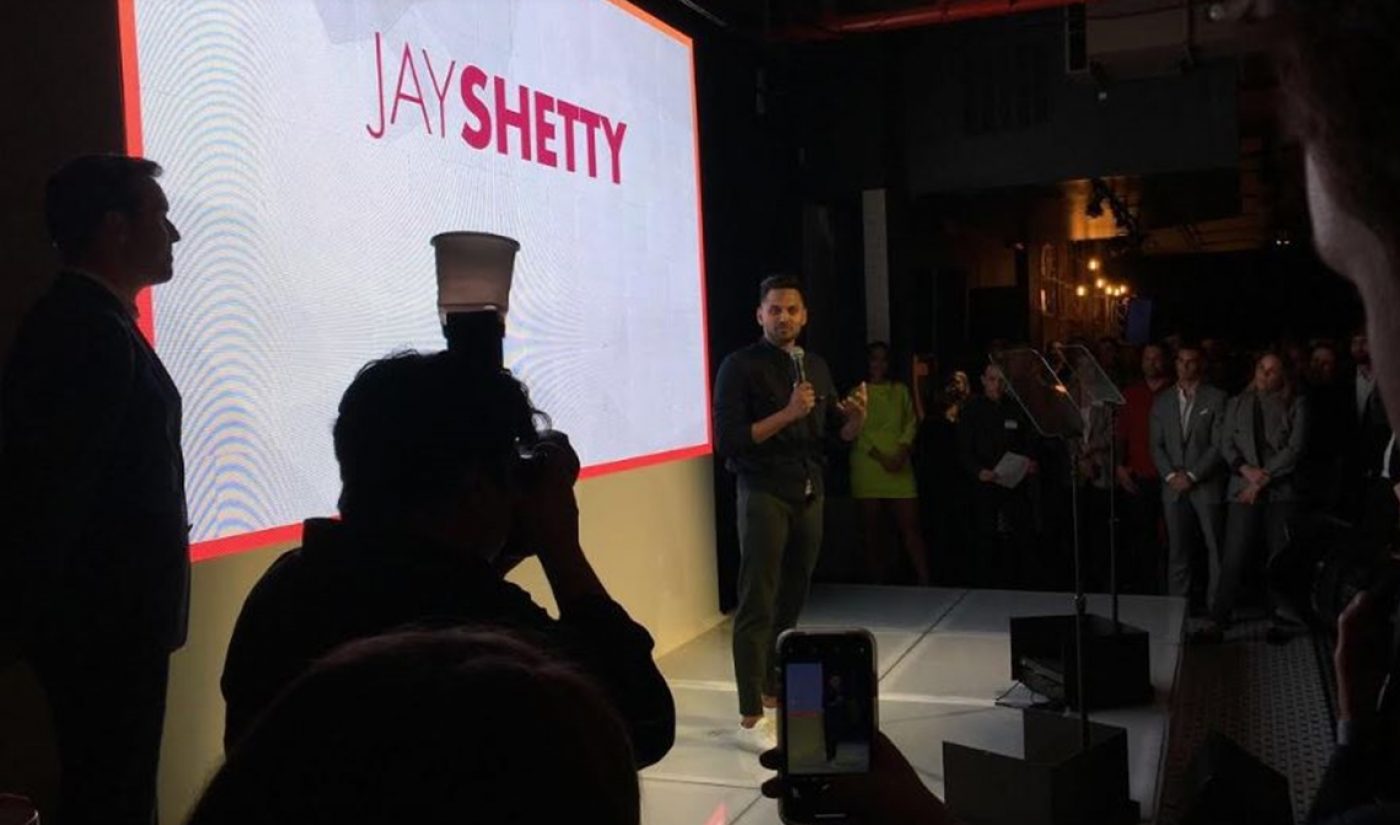 Together, Shetty and Ellen DeGeneres’ network will produce a range of content across multiple platforms. The content will focus on Shetty’s motivational approach to living in a bid to make an impact on viewers’ day-to-day lives. Shows are meant to be what EDN calls “snackable” — short clips or posts that can be consumed quickly. That said, details are still being figured out.

Shetty tells Tubefilter that his partnership with DeGeneres came to be after she saw his appearance on the Today show, and was impressed by the way he was harnessing social media to spread a positivity. “I couldn’tve found a better partner who embodies all of the principles that I stand for,” Shetty said of the storied talk-show host’s own propensity for altruism.

Asked why he’d opted to partner with EDN given the success he’s amassed on his own platforms — to the tune of 2.3 million subscribers on YouTube and 21 million followers on Facebook — Shetty stressed the value of collaboration on today’s web. “More young people should collaborate rather than staying up in our own towers,” he said, noting that collaboration and cooperation are key to achievement.

At its NewFront presentation this evening, EDN also announced that it was furthering its partnership with YouTuber and reaction video guru Kalen Allen (711,000 YouTube subscribers). His weekly show, OMKalen, will feature his reaction content bloomed to a much a bigger scale, with reactions to each week’s wildest stories. (Worth noting: Shetty and Allen aren’t the only creators EDN’s paired up with recently. Last month, the network premiered A Decent Proposal, an unscripted series where Hannah Hart helps other couples plan proposals.)

In addition to chatting about Shetty and Allen’s shows, EDN announced a slate of new and returning shows — many of which have serious star power attached. First up is Well, Well, Well, With Lea Michele. The Glee actress will give viewers tips on health and wellness, but also take a humorous look at some of today’s weird and wacky good-for-you trends.

Next up is Food Network host Ayesha Curry’s as-yet-unnamed new project. It’ll focus on Curry’s journey from mompreneur to professional chef, and Curry will spend time each episode talking to young women who want to become lady-bosses themselves.

Last for new shows is Do Good Daniels. That series will feature the Daniels family, who made an appearance on The Ellen DeGeneres Show to talk about their hardships and how they sought to give back to their community despite struggling themselves. DeGeneres and Cheerios teamed up to surprise the family with $500,000. For Do Good Daniels, DeGeneres and Cheerios gave them an extra $500,000, and the series will follow them as they distribute the money to organizations and people in their community.

EDN also announced a number of shows are returning. Momsplaining with Kristen Bell will be back for a fourth season, and Fearless with Ashley Graham, The Build Up, and Life’s First Evers with Jeannie are all coming back for second seasons.

You can check out our pre-NewFronts conversation with Michael Riley, the general manager of Ellen Digital Ventures, above, and our chat with Alana Calderone, SVP of brand and content partnerships, below.