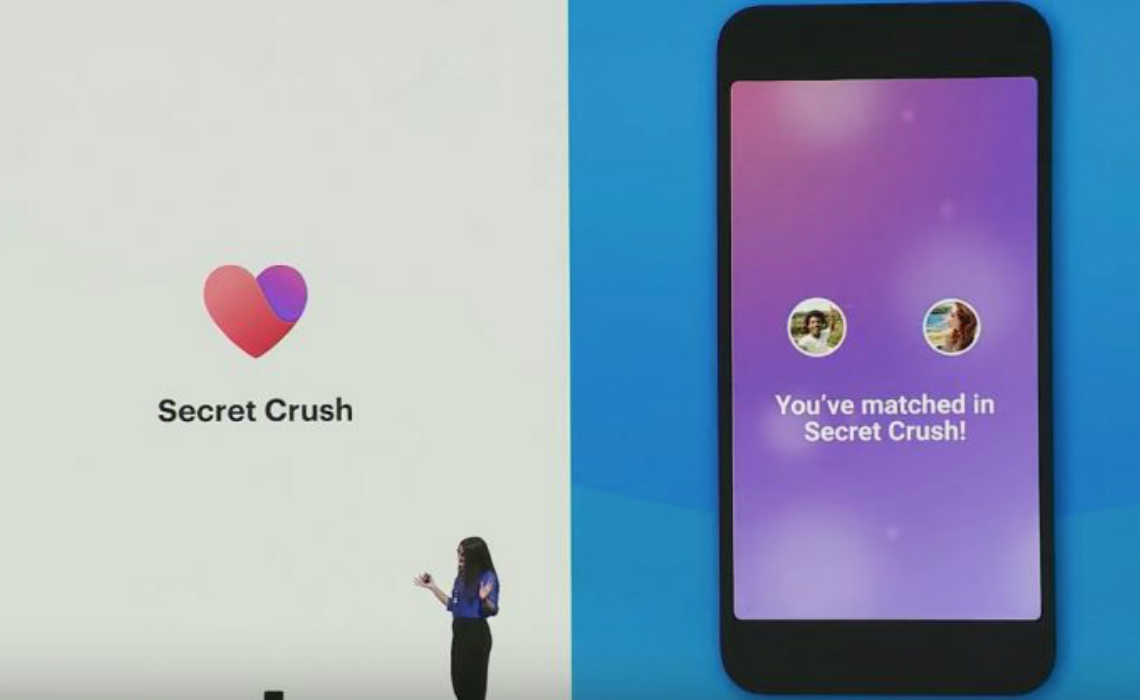 Facebook wants to put a little love in the air.

The social media giant announced at its annual F8 developer conference that it’s rolled out its opt-in ‘Dating’ service to 14 more countries, bringing the total to 19. Dating isn’t currently available in the U.S., but Facebook also said yesterday that it’s planning to launch the service (which originally debuted last year) to the U.S. before the end of this year.

In addition to the wider rollout, Dating’s gotten a new feature, called ‘Secret Crush.’ Within the feature, users can choose to secretly admire up to nine friends at a time. Then, if any of those nine friends have also added that user as a secret crush, they’ll each receive a notification, their names will be revealed to one another, and they will be able to chat on Messenger.

However, if, say, Person A adds Person B as a secret crush, and Person B hasn’t also added Person A, then Person B will receive a notification that simply says, “A friend added you as a secret crush.” Person A’s name won’t be unveiled unless Person B also adds them as a crush.

Secret Crush’s discreetness is part of Dating’s overall air of privacy. The service operates within Facebook, but it’s a separate experience from the rest of the site. For example, when a user opts in to Dating, their Dating profile only uses their first name, and users are automatically blocked from being offered their own Facebook friends as potential matches, so their friends can’t see they’re looking for love. The service also has its own messaging system that doesn’t allow photos or links to be sent.

However, unlike the rest of Dating, Secret Crush is meant to be a way for users to potentially match up to their Facebook friends. As mentioned above, if someone’s just using the general Dating section, then by design, they won’t match with a friend. Secret Crush lets them test the waters with friends.