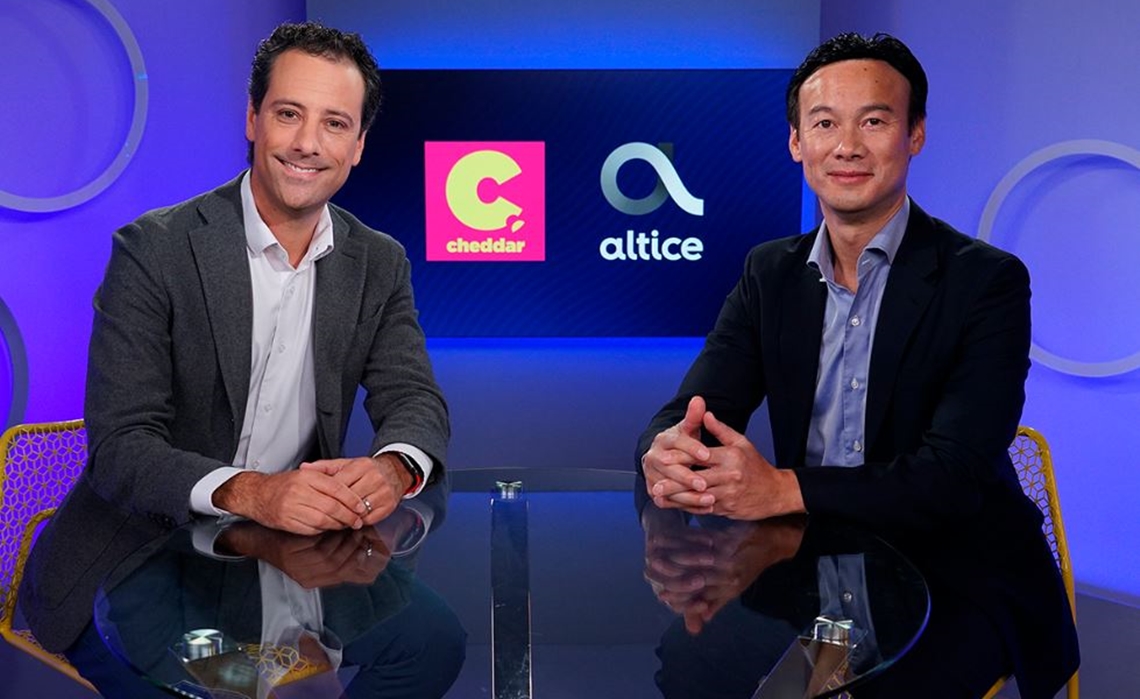 Cable provider Altice USA, known for its Optimum and Suddenlink brands, has acquired business news streamer Cheddar for a cool $200 million. The transaction is expected to close in the next two months, the companies said.

Three-year-old Cheddar, which creates business and news programming for millennials, is available in 40 million homes on pay TV services like YouTube TV, Sling, Hulu, and DirecTV Now. Its programming is also distributed on 600 college campuses via 1,600 owned and operated screens via a third news brand — in addition to its flagship business and general news hubs — dubbed CheddarU. Cheddar also operates carriage agreements with Comcast, Charter, and Altice, and garners 400 million video views per month across Facebook, Instagram, YouTube, Twitter, LinkedIn, and Snapchat.

As part of the acquisition, Cheddar founder and CEO Jon Steinberg (pictured above, left) — the former president and COO of BuzzFeed — will join Altice USA to lead news programming, which includes a group of local New York-focused news channels, News 12 Networks, and Israel-based i24NEWS, whose coverage takes a global perspective.

There are already several integrations among these services. Cheddar’s daily Tech Report currently airs on seven News 12 stations, and i24NEWS frequently includes Cheddar stories in its coverage. Cheddar will also bring existing ad products — and develop news ones — for News 12 and i24NEWS, according to a release.

“Cheddar has demonstrated an innovative approach to live news while building an engaged audience, solid followership, and a strong brand,” said Altice USA CEO Dexter Goei (pictured above, right) in a statement. “As one of Cheddar’s early investors, we have enjoyed our partnership with Jon and admire the entrepreneurial spirit, energy, and smart disruptive mentality that he brings to the news business.”

Cheddar, which broadcasts 19 hours of live programming per day, also owns RateMyProfessors.com, which 5 million college students use to review their teachers each month. Cheddar had raised $54 million in venture funding prior to its acquisition from investors including Goldman Sachs, Comcast, and AT&T.