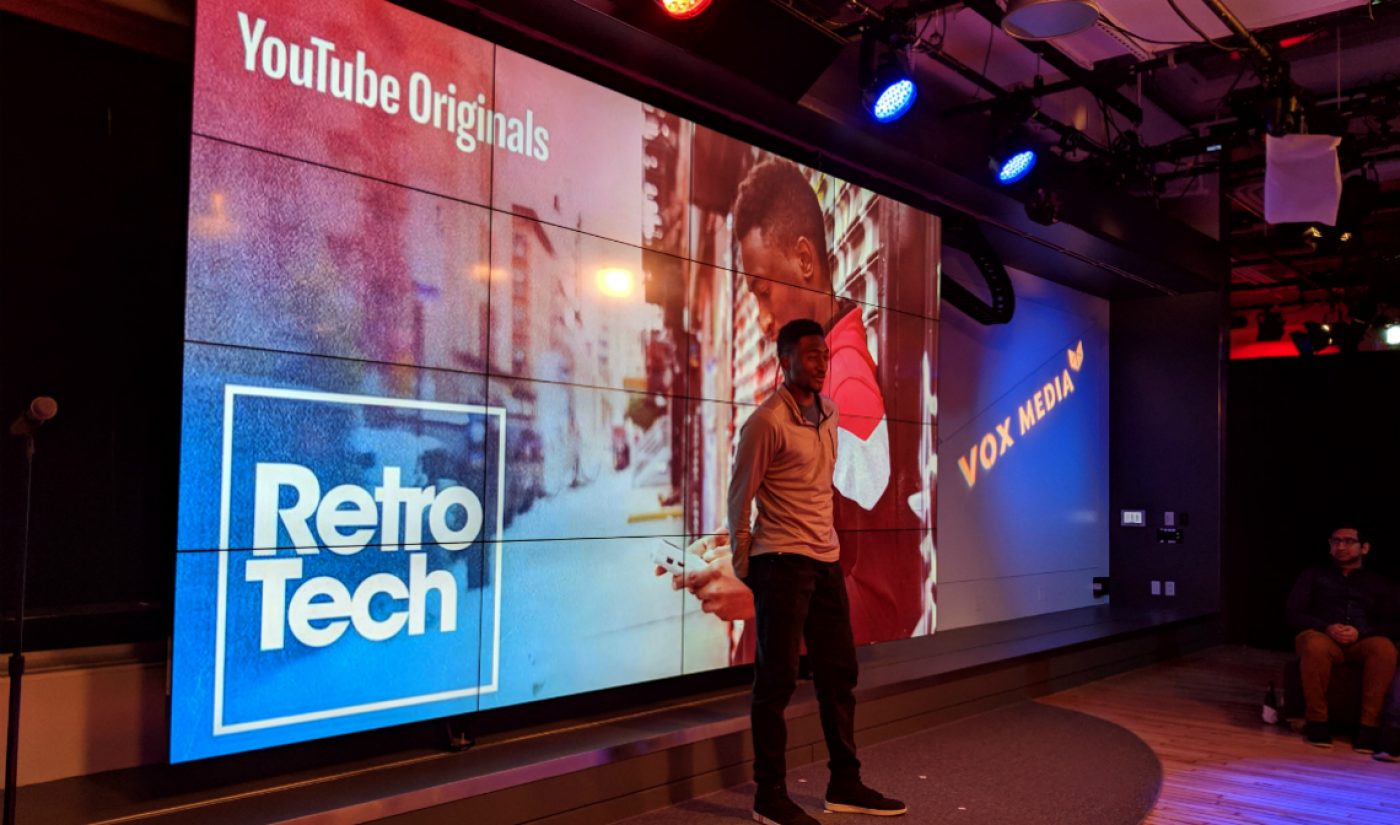 Today, YouTube announced it’s greenlit an unscripted Original Series starring popular YouTuber Marques Brownlee, whose expert reviews of cutting-edge technology net him at least 30 million views on the platform each month and have brought him more than 8.3 million subscribers.

The series’ pilot dropped today, and features Brownlee spotlighting a legendary piece of video gaming history: the iconic Game Boy console, which celebrates its 30th anniversary this year. YouTube premiered the episode last night at its New York YouTube Space; at the event, Brownlee talked about the evolution of tech, lauding the innovators who push to develop ever newer and more effective products.

“Tech moves forward because people are working on it,” he said.

Retro Tech is based on Brownlee’s self-produced series Dope Tech. Started in 2015, Dope Tech serves as a venue for Brownlee to highlight the latest and greatest in tech — particularly tech that bows at the annual Consumer Electronics Show. He’s made 18 episodes over the series’ lifetime, with the most recent showing off some frankly pretty wild camera robots.

His YouTube Original — coproduced by Vox Media Studios — follows a similar format, as each episode focuses on one iconic piece of vintage tech. It also hits on YouTube’s perennial unboxing trend, as Brownlee unboxes and reviews the products (most of which, at 25, he’s too young to have used) before taking viewers through thorough explanations of the products’ creators, its history, and its overall impact on society.

Guest stars, including fellow YouTubers, educators, and inventors, will appear alongside Brownlee in each episode. Their names will be announced at a later date. In today’s Retro Tech: Game Boy, Brownlee is joined by top YouTuber Casey Neistat and Chris De Pew, better known as ‘Storm Blooper,’ who uses old hardware like Game Boys to produce music. (Also worth noting: Brownlee has had some significant guest stars in his self-made videos, too, including Tesla mogul Elon Musk.)

A further six episodes of Retro Tech are set to begin airing in December this year.