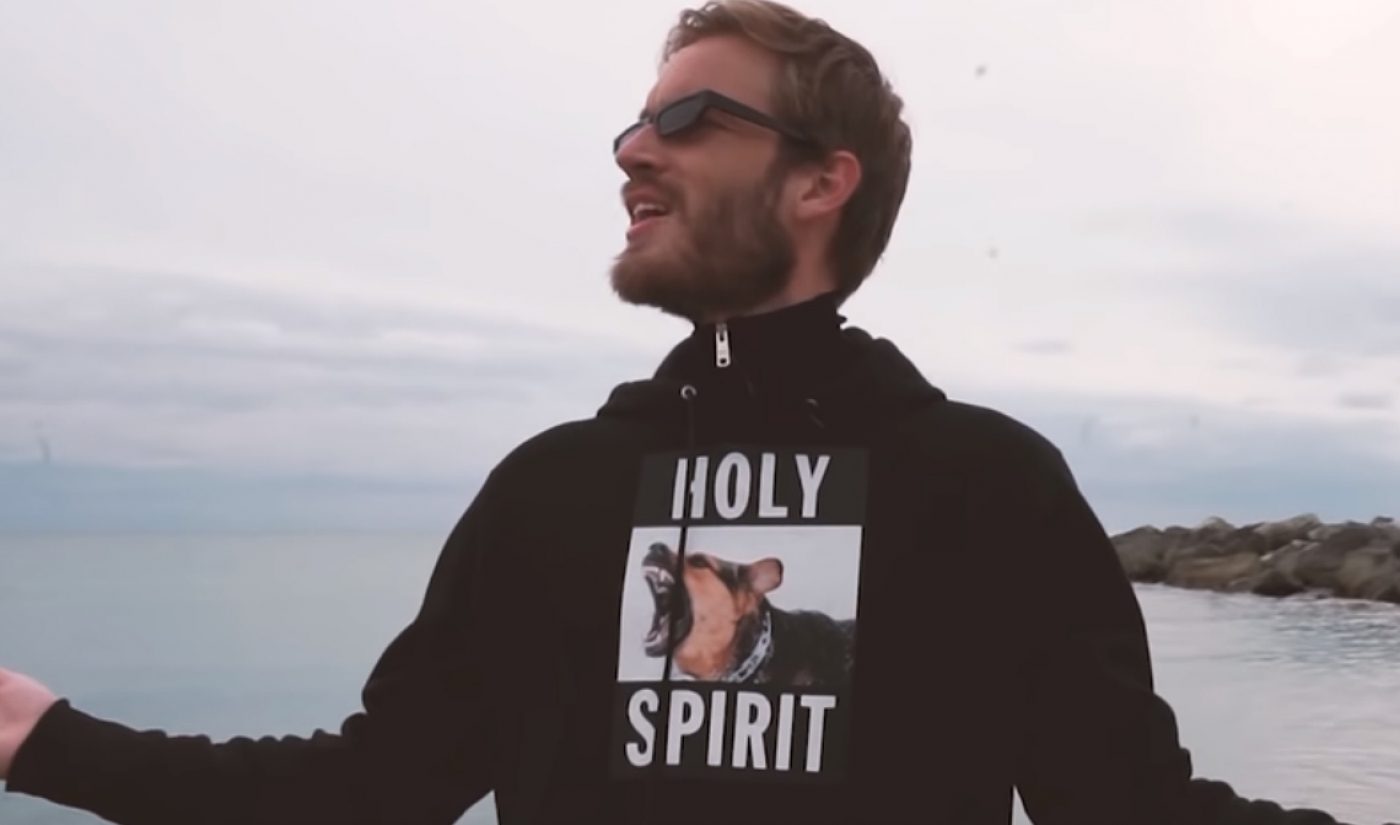 T-Series and PewDiePie’s battle has moved to a new venue: the Indian court system.

The YouTuber (whose real name is Felix Kjellberg) has seen his T-Series diss tracks “Bitch Lasagna” and “Congratulations” blocked in India after T-Series filed a complaint with the High Court of Delhi. The complaint alleged the tracks are part of an effort on Kjellberg’s part to defame T-Series and reclaim his crown as most-subscribed-to creator on YouTube.

In the ruling (a copy of which was obtained by Iprmentlaw, an organization that tracks cases concerning media and entertainment laws), court justice Jayant Nath sided with T-Series, writing that the tracks are “abusive, vulgar and also racist in nature.”

T-Series filed its complaint with the High Court after Kjellberg’s March 31 release of his second diss track, “Congratulations.” But T-Series’ legal beef with the YouTuber started before that track’s release. Back in October 2018, it sent Kjellberg a cease-and-desist letter following release of his first diss track, “Bitch Lasagna.” (If you’re wondering what “bitch lasagna” means, it’s a reference to an infamous Facebook Messenger missive sent by a man from India where he demanded nude photos from someone, then called her “bitch lasagna” when she didn’t reply.)

The track’s lyrics are generally derogatory, but notably include a dig at a popular Indian children’s cartoon, and at Hindi, the primary language spoken in India: “Motu Patlu, what the f-ck is that even supposed to mean? Your language sounds like it came from a mumble rap community.”

Nath’s ruling states that after receiving the cease-and-desist letter, Kjellberg replied by saying the diss track was “all in good fun” and that he didn’t plan on making any more.

That is, until March, when he officially conceded the YouTube race to the top with his song “Congratulations.” The track, while ostensibly felicitous, contains significantly more aggressive lyrics than “Bitch Lasagna.” In it, Kjellberg: accuses T-Series of having gotten its start as a company by selling pirated songs; accuses it of still having illegal business practices; accuses it of having ties to the Indian mafia; and says “hope that #MeToo stuff doesn’t severely affect your bottom line.”

The #MeToo line is a reference to sexual harassment accusations levied against T-Series CEO Bhushan Kumar. However, those accusations were withdrawn in January, with the accuser writing an official letter to police admitting they were “false and malicious,” per MSN.

As for Kjellberg’s reference to pirated songs, that comes from Encyclopedia Brittanica’s 2003 Encyclopedia of Hindi Cinema, which does in fact refer to T-Series as “a small-time company that had begun life peddling pirated Hindi film songs.”

Kjellberg’s claims about current illegal business practices and the Indian mafia appear less founded, though. And Kjellberg seems to know that, considering the mafia lines were immediately followed by the line, “For legal reasons, that’s a joke.”

In his ruling, Nath wrote, “In my opinion, it would be in the interest of justice that these videos are taken off [YouTube].” It’s worth noting that in India, freedom of speech laws tend to be stricter than they are in the U.S., and India’s constitution gives the government more rights to restrict speech on certain grounds. Defamatory speech is illegal, and India’s penal code also criminalizes any speech “promoting enmity between different groups on grounds of religion, race, place of birth, resident, [and] language.”

The “Bitch Lasagna” and “Congratulations” videos are still uploaded on Kjellberg’s channel, but access to them has been blocked in India. It’s not clear if that was done by Kjellberg, but the order does state he had two weeks from the issuing date (April 8) to comply and remove them.

A number of people have recently taken to social media to report they’re now unable to access the videos.