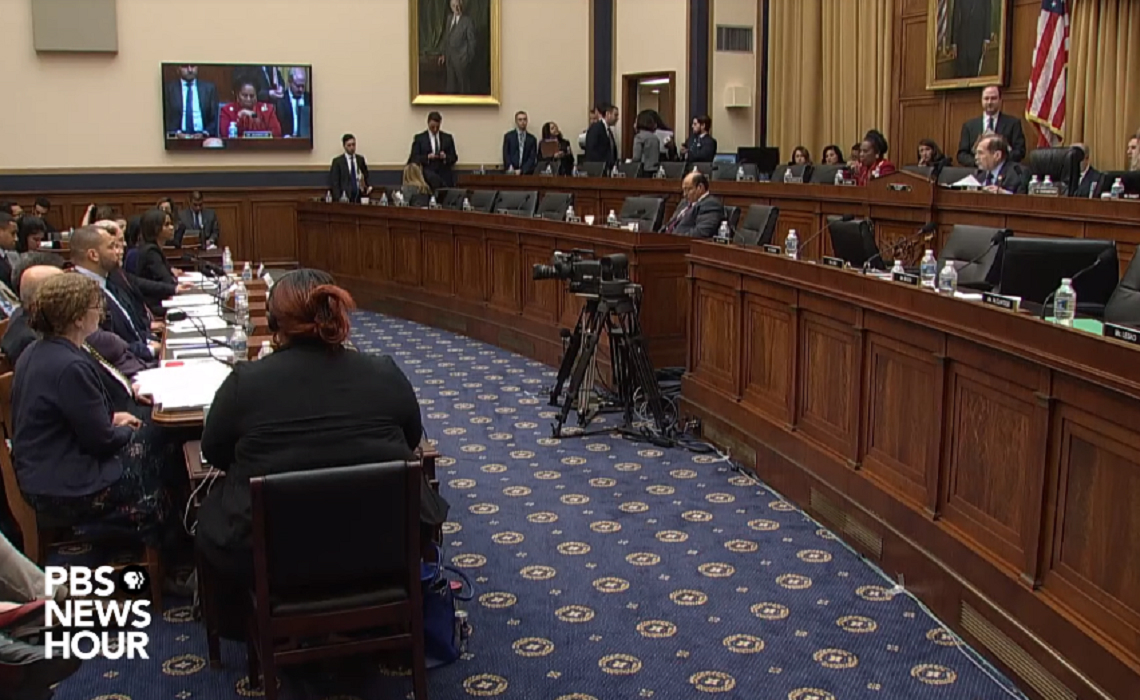 This morning, YouTube disabled commenting on at least three livestreams showing the House Judiciary Committee’s hearing about the rise of white nationalism on social media after their respective comments sections were flooded with hate speech and white supremacist memes.

Citing its policy against hate speech, the platform first cut off commenting on PBS NewsHour’s stream, then on the Committee’s official stream, and finally on the stream of white nationalist YouTube channel Red Ice TV, BuzzFeed News reports. Red Ice TV, which has 308,000 subscribers and is based out of Sweden, had notorious white nationalists Henrik Palmgren and Lana Lokteff running live commentary during the video.

(White nationalism, for those who don’t know, is the belief that white people should have their own national identity, that people of color should be a minority population, and that multiculturism is a threat to white people’s continued existence. It’s closely tied to white supremacy and white separatism.)

Commenters reportedly began leaving anti-Semitic slurs and far-right memes promoting white genocide on the livestreams before the hearing had even begun.

A comment BuzzFeed screenshotted said, “This is nothing but the elites and globalists setting up laws that will be enacted in a single pen stroke against the white race in the future.” That comment was left on Red Ice TV’s stream, and was paired with a $100 Super Chat donation to the channel.

All three channels’ comment sections were disabled within the first hour of the four-hour hearing.

“Hate speech has no place on YouTube,” a company spokesperson told BuzzFeed. “We’ve invested heavily in teams and technology dedicated to removing hateful comments and videos and we take action on them when flagged by our users. Due to the presence of hateful comments, we disabled comments on the livestream of today’s House Judiciary Committee hearing.”

The platform also tweeted about its decision to disable commenting.

Hate speech has no place on YouTube. We’ve invested heavily in teams and technology dedicated to removing hateful comments / videos. Due to the presence of hateful comments, we disabled comments on the livestream of today’s House Judiciary Committee hearing.

YouTube’s handling of hate content has been under an especially microscopic eye lately following the white supremacist massacre in Christchurch last month, which left 50 mosquegoers dead and dozens more injured. It — along with fellow platforms Facebook and Twitter — has faced increased scrutiny in the past few weeks after struggling to contain videos of the massacre, which the shooter livestreamed on Facebook. Critics say big social media platforms need to more stringently monitor hate content at all times, not only when a tragedy occurs.

House Judiciary Committee Chair Jerrold Nadler (D-NY) echoed those sentiments in his opening statement at the hearing, where executives from YouTube’s parent company Google and Facebook were present.

“These platforms are utilized as conduits to spread vitriolic hate messages into every home and country,” he said. “Efforts by media companies to counter the surge have fallen short, and social network platforms continue to be used as ready avenues to spread dangerous white nationalist speech.”