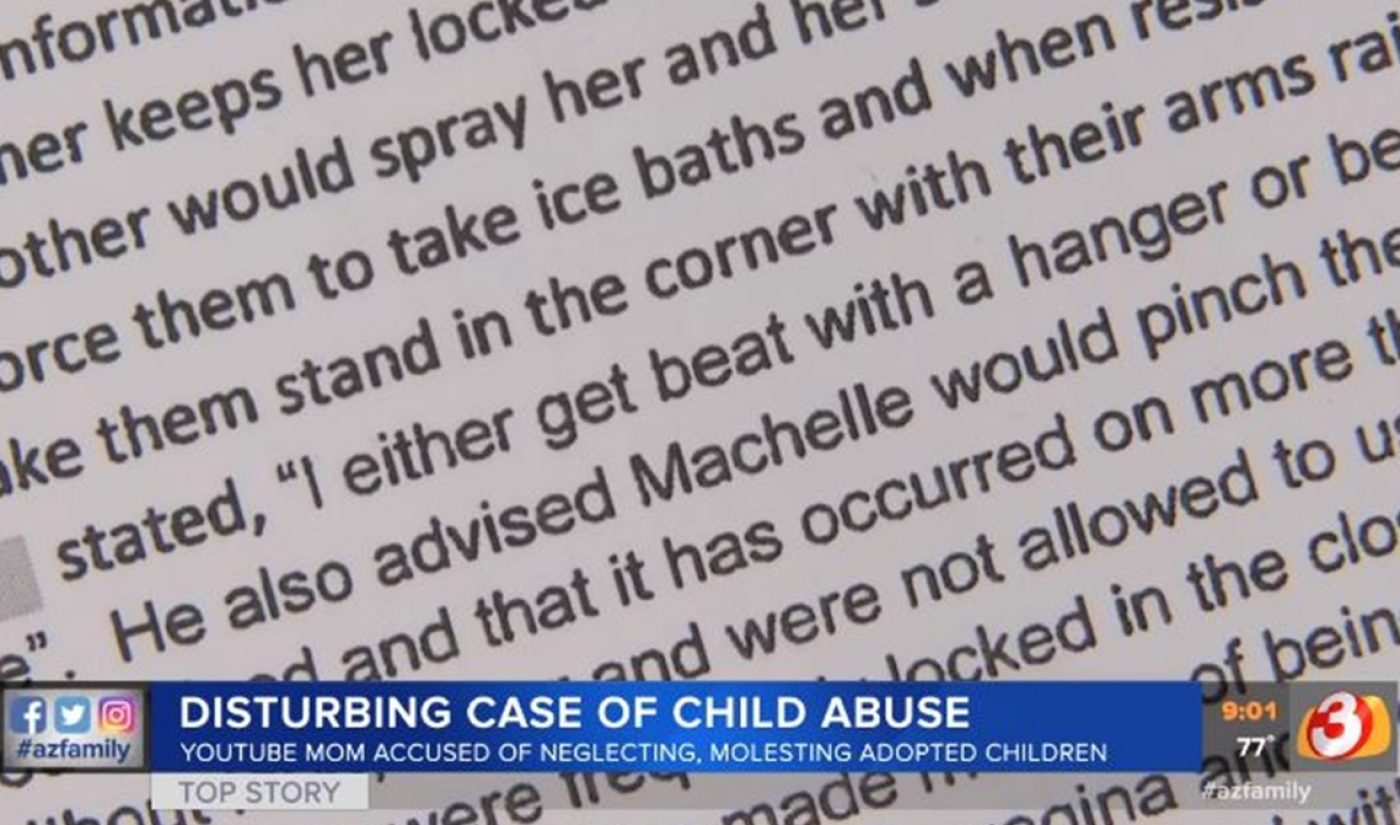 The Arizona woman behind the popular Fantastic Adventures YouTube channel, which featured her seven adopted children appearing in sketches, has been arrested for abusing them and forcing them to star in the highly-viewed clips.

Machelle Hackney stands accused of pepper-spraying the children, touching them inappropriately, forcing them to take ice baths, and locking them in a closet for days without food, water, or the ability to go to the bathroom, AZFamily reports. When Hackney’s 19-year-old daughter reported the disturbing behavior to local police, they conducted a home check, whereupon they found one child in an unlocked closet wearing only a diaper — as well as six other children who appeared malnourished and underweight.

In interviews with police officers, one of the children drank three bottles of water in 20 minutes and told them he’d been punished with pepper spray on several occasions, according to AZFamily. Another child was afraid to eat a bag of chips given to her by officers because she didn’t want Hackney to be able to smell the food on her breath.

On top of this abuse, Hackney forced the children to headline her YouTube channel — which is still live on the platform with 800,000 subscribers and 250 million lifetime views. AZFamily reports that the children were taken out of school to film the videos, and Hackney threatened to punish them if they didn’t want to participate or forgot their lines. The videos featured toys, food fights, nerf battles, and other kid-aimed fare.

YouTube told AZFamily that the channel had been demonetized as soon as it was made aware of Hackney’s arrest, and that it would be terminated if Hackney is convicted or pleads guilty to the numerous charges that she is currently facing. This is something of a tricky area for the video giant, which has faced calls to delete the channels of other bad actors in the past. For instance, YouTube initially opted not to delete the channel of accused sex offender Austin Jones — ostensibly because his crimes were unrelated to his YouTube activity. However, it subsequently reversed course. More recently, YouTube terminated the SevenAwesomeKids group of channels after proprietor Ian Rylett pleaded guilty to abusing one of the channels’ stars. Rylett was first arrested last August.

YouTube is also in the throes of another controversy involving child safety, after creators — and advertisers — discovered a wormhole of videos where pedophiles were gathering in the comments section of seemingly innocent videos of young children to exchange predatory remarks.