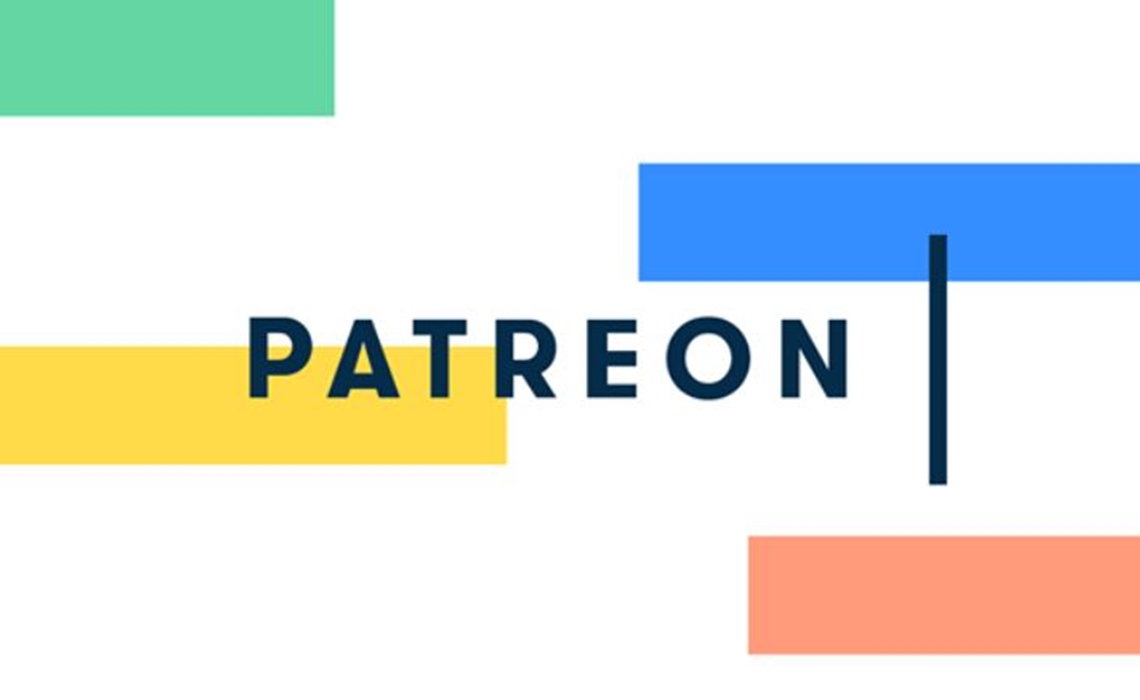 Patreon is launching new subscription tiers — but this time for its creator community. Three new creator plans that vary by features and fees — Lite, Pro, and Premium — were designed with creator input and will roll out in May, the company says.

Patreon explains that it is rolling out the new plans as it evolves “from our crowdfunding roots to a fully scalable membership platform,” adding that they will also “allow us to invest heavily in the features and services creators depend on.” If current creators aren’t interested in subscribing to any of the new tiers, they won’t see any change to the fees they pay or the features they have access to, the company insists.

Patreon Lite is a new basic option without the ability to offer donor tiers or benefits, and is designed to help creators set up a Patreon page within minutes. These pages contain only a ‘Become A Patron’ button, where fans contribute any amount that they wish. Patreon Pro, on the other hand, is similar to what creators are using today, except with a few added perks — including priority customer support, creator-led workshops, and access to promotional tools. All current Patreon users will be automatically grandfathered into the Pro tier when it launches in May, and will also retain their current pricing and payment processing rates, the company says.

Finally, Patreon Premium will target established businesses with large followings who need advanced features and services — such as a dedicated partner manager, merch services, and team accounts. This tier will have limited availability at launch, Patreon says, and will roll out gradually. 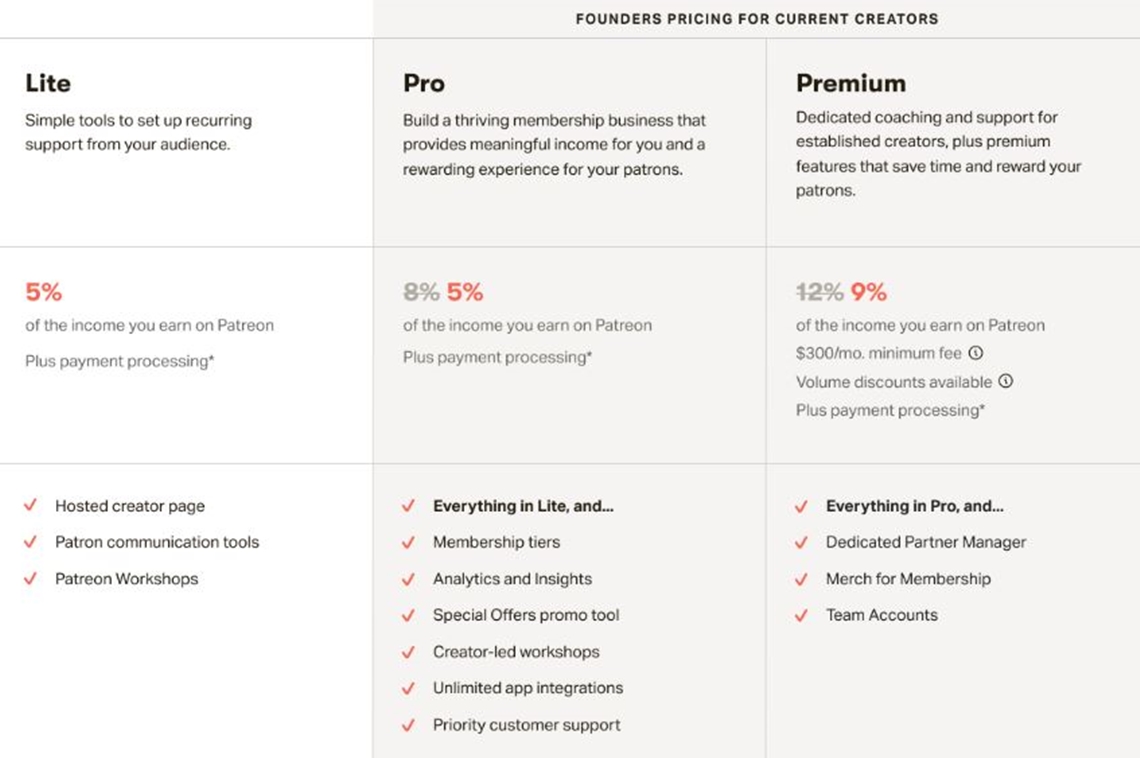 With the Lite plan, Patreon will take a 5% cut of creator earnings on top of any payment processing fees. For the Pro plan, existing creators will also see 5% taken from their earnings — though that percentage will rise to 8% for creators who join Patreon after the Pro plan launches. With the Premium plan, Patreon will take 9% from existing creators, and 12% for creators who join Patreon after the program launches.

Finally, Patreon said that payment processing fees will change across the board when the new plans launch — though these changes won’t apply to any existing users. Future users will be charged a rate of 5% plus 10 cents for any pledge of $3 or less. Pledges over $3, however, will be charged a 2.9% rate plus a flat fee of 30 cents. All creators will also incur a 1% surchange for any pledges made from outside of the U.S.

Patreon formerly sought to alter its fee structure in 2017, which left its creator community up in arms. That change, which marked a move away from its flat 5% cut and towards a 2.9% cut plus a flat fee of 35 cents — was ultimately called off after creators balked that it would disproportionately impact smaller donors.