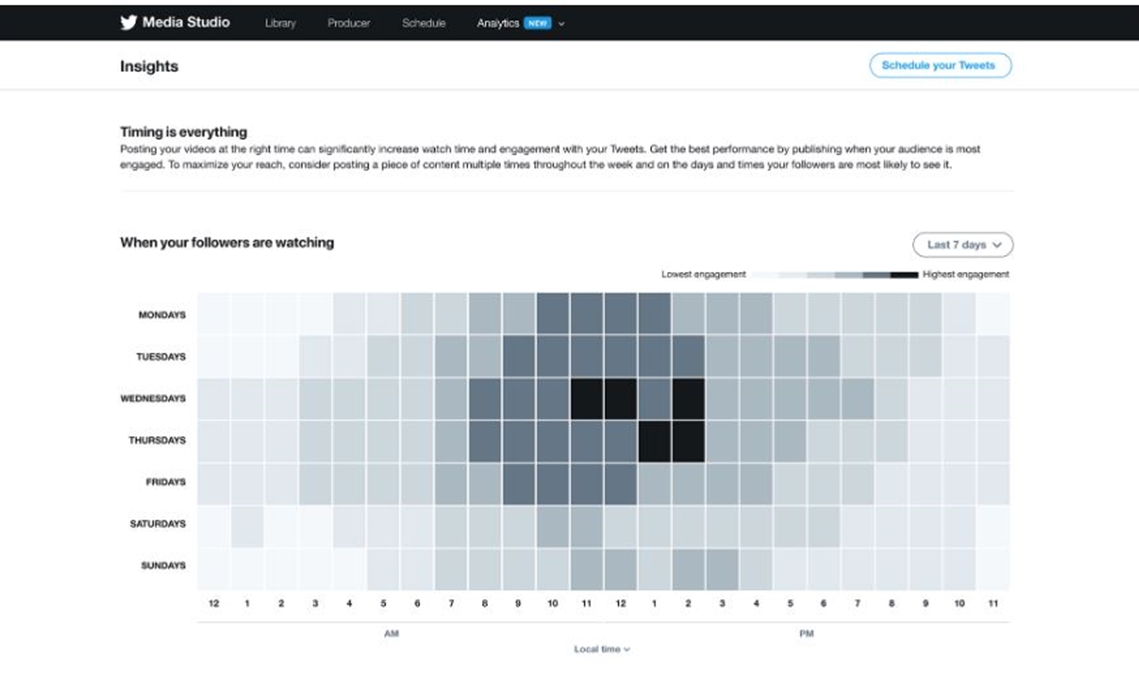 Twitter has launched a new video analytics tool for publishers that it says is designed to help maximize viewership, watch time, and engagement.

Dubbed Timing Is Everything, the feature will live within Media Studio — the hub where users can upload and organize videos, images, and GIFs. Timing Is Everything has been in the works for months, Twitter says, and will  furnish graphs (pictured above) showcasing historical data about when a user’s audience tends to most frequently consume video content. The tool then suggests optimal times throughout the day to share new videos. (Notably, the tool does not track when viewers are watching an individual user’s videos — just any video Twitter videos in general).

Twitter says that additional tools are in the works — though Timing Is Everything marks its first such effort. The feature is accessible via the ‘Analytics’ drop-down menu within Media Studio, after clicking on ‘Insights’.

“We encourage publishers to continue to post throughout the day in order to maximize reach,” Twitter exec Ellen Fitzgerald wrote in a blog post. “However, consider including posting during the most engaging times of the day and week as part of that strategy.”