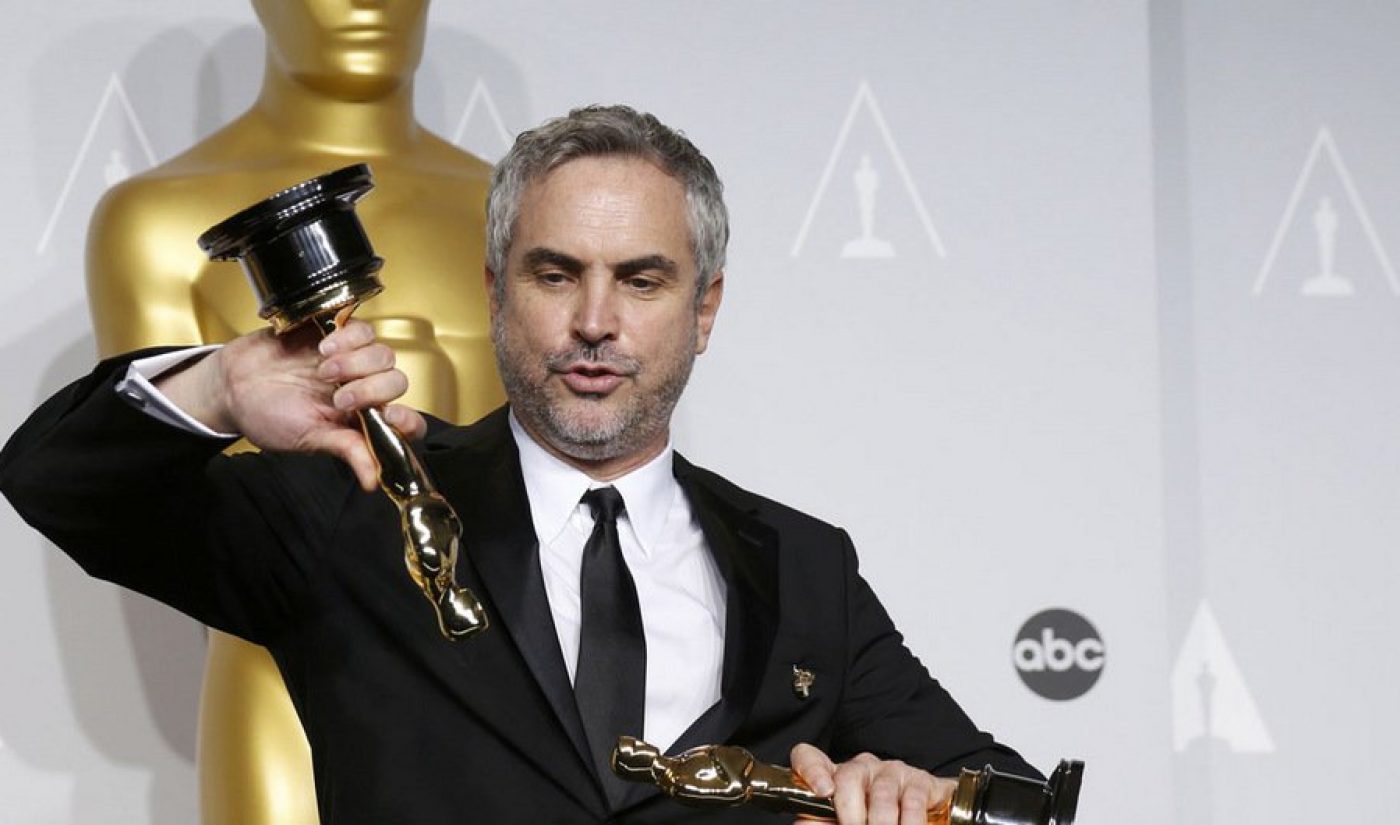 So Netflix battered down most of another barrier this week in its apparent mission to reshape Hollywood forever.

Another House of Cards Moment, But In a Good Way When People Still Liked House Of Cards

And even though the streaming giant came up just short of the biggest prize in this year’s Oscars, its overall performance this awards season represents another win for the Big Red N. This week, and this awards season, proved to be another House of Cards moment, resetting expectations for both Netflix and the rest of the industry. It also sends a particularly well timed message of quality programming to global audiences deciding whether to keep paying those rising subscription fees.

You remember House of Cards, the dark and twisty political drama based on an even darker British series, from back when we still thought Kevin Spacey was an amazing actor and not also a mega-creep.

The show debuted in 2013, built with $200 million of Netflix cash by David Fincher and Beau Willimon, a terrific cast and great writing. The resulting tsunami of promotion and hype generated 24 Emmy wins, a newfound perception of Netflix as a home for original content, and hockey-stick subscriber growth that has characterized most of the half-decade since.

Now comes another such inflection point, at perhaps an even more complicated and important moment. Back when House of Cards arrived, Netflix was mostly home to the old shows and cast-offs of just about every other media company, led by comfort-food series such as Friends, The Office, and Arrested Development.

Now, those media companies are taking their comfort food off the table (except for NBCUniversal) as they prepare to roll out their own competing streaming services.

Netflix (And Its Bank Account) Gets Into The PR Game

Again seeing where the business was headed, Netflix made another big bet this past year, jumping into the very serious business of Oscar campaigning in a very big way. It bought out and brought in house the PR shop of awards guru Lisa Taback, and invested in high-profile projects from Oscar winners Alfonso Cuarón, the Coen Bros. and Susanne Bier (though technically, Bier was “only” the director of a Best Foreign-Language Film winner).

Netflix spent heavily to promote its contenders. Variety estimated the company spent $25 million just on Cuarón’s Roma, (perhaps double what the film cost to make) and goodness, it sure felt like that driving the streets of Los Angeles, where billboards and bus benches have been festooned for months with its ads.

Netflix ad spending on Roma peaked just ahead of the start of Oscar nominations voting.

Kantar Media estimated that Netflix spent $7.3 million on Roma advertising between Dec. 10 and Feb. 17, nearly two-thirds of that spent on ads in the New York Times and Los Angeles Times. The spending peaked especially in the couple of weeks around Christmas ahead of voting on Oscar nominations. That Roma then tied for most Oscar nominations, with 10, suggests some definite Return On Investment.

And when it came to Oscar night, Netflix came closer than any streaming giant (or Hollywood outsider) ever has to winning Best Picture. Roma won Best Foreign Language Film, and Cuarón won for directing and cinematography. Another Netflix project, Period. End of Sentence., won for documentary short.

In the end, Roma lost out on Best Picture to Green Book, the sort of feel-good buddy film traditionally embraced by the older, liberal, white Oscar voters who still represent so much of the Academy’s membership.

In a muddled year with many contenders, the Academy reverted to classic form, all while overlooking a string of very-modern controversies and criticism over Green Book’s celebration of a white protagonist’s racial enlightenment instead of its black protagonist’s racist oppression.

But Even In Losing, Netflix Won

As Variety film critic Owen Glieberman wrote in his Oscar post-mortem, “…there has never been a movie as art-house as Roma that arguably found itself in the position of being the Oscar front-runner.”

Indeed, Roma is about as unlikely a heavyweight as you could imagine, a black-and-white film, shot in the Spanish and Mixtec languages, gently mining a tumultuous period in the life of a maid working in an upper-class household in 1970s Mexico City. It doesn’t get more art-house in construct than that.

And though some questioned why Cuarón would put his film on Netflix, his response was apt: what chance would a project like his have to get seen around the globe, except on a platform such as Netflix? Art-house films just don’t get that kind of audience reach. They just don’t.

But on Netflix, Roma got “seen,” and not just by critics or Academy voters receiving DVD screeners in the mail. Even its short theatrical run generated an estimated $3.5 million in box office (Netflix released no numbers). And surely tens of millions of more people (again, no official numbers) saw the film online.

A still from the biggest foreign-language film in recent memory.

So, let’s review: Cuarón got to make the beautiful, unique movie that he wanted, in just the fashion he wanted to make it. It had a lavish and sophisticated awards-season campaign, one of the biggest I can recall. It was seen by millions of people, far more than any foreign-language film of the past couple of decades with the possible exception of Crouching Tiger, Hidden Dragon, which won four Oscars and grossed $213 million back in 2000 (and had a Netflix sequel in 2016). And Roma won three major Oscars.

For a top-level filmmaker, that’s almost as good as it gets (to name-check another Oscar winner). But even without the Best Picture Oscar, Netflix got what it wanted, a stamp of content quality for its subscribers, and of artistic support for its future filmmakers. And that will help Netflix compete against all those media companies starting their own streaming services.

Oh, and for those of you who are kind of missing the craziness of this year’s Oscar campaign, here’s the “good” news: the first Emmy for-your-consideration events start this weekend. Netflix will be there too.