Insights: How Marshmello, MassMutual and Microsoft Are Remaking Content Marketing 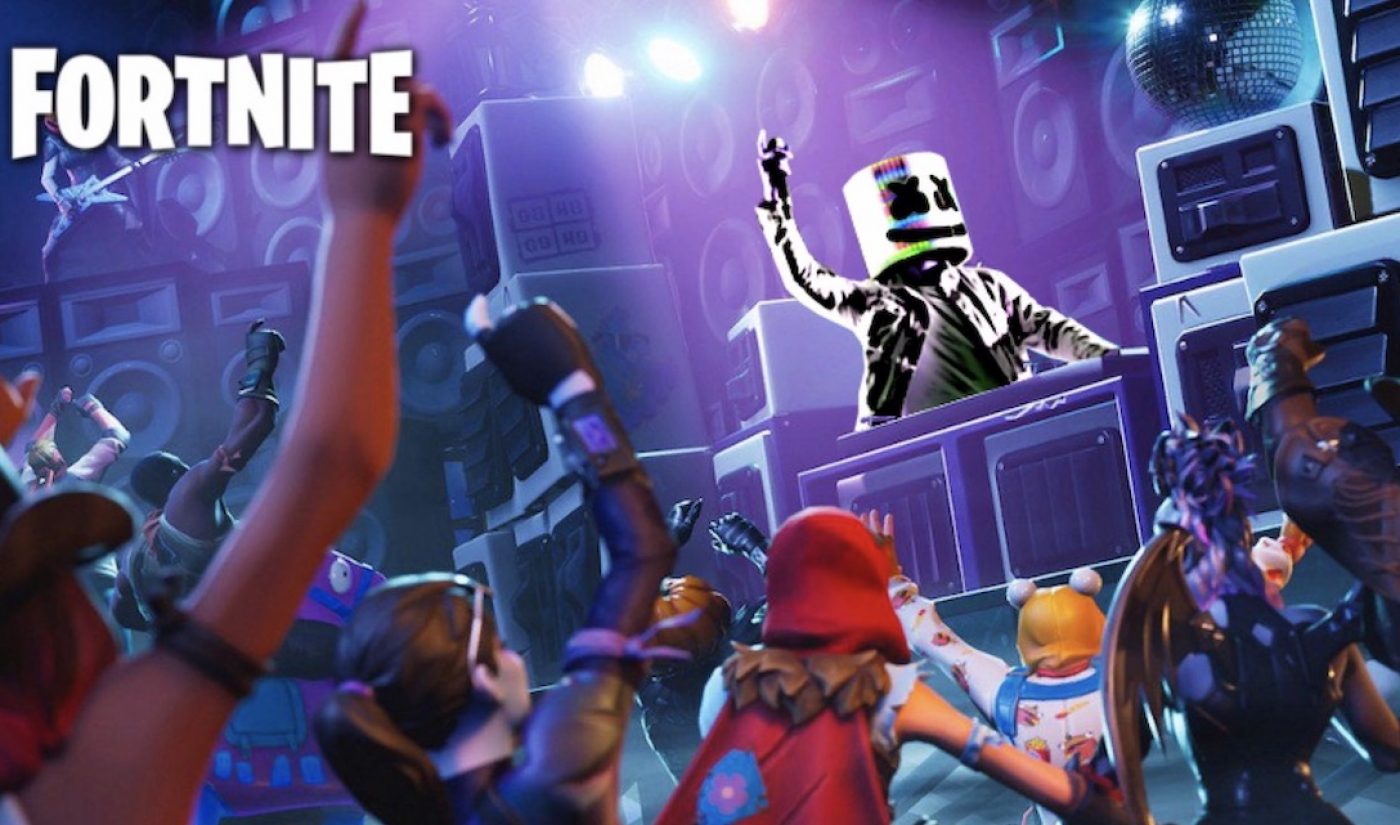 Think you know what content marketing is? These days, it’s smearing into seemingly every corner of the Internet, as brands leverage influencers, news outlets, streamers, film fans, and much else. And content marketing is likely to be financing (and creating) more and more of what we do and see, as audiences become increasingly hostile to traditional advertising.

So who’s doing cool stuff? A panel at Digital Entertainment World that I moderated this past week – featuring top execs from Fandango, Twitch, Machinima and CreatorIQ – spotlighted some of the best work out there. Notable projects are coming from wildly unexpected directions: a musician spinning in a digital no-fire zone, streamers’s unique toiletry usage, movie geeks diagramming plot lines, and writers penning essays on kindness on behalf of an insurance company.

Twitch’s Bounty Board created a “Bounty Board” that allows more of its 3 million streamers a chance to participate in brand deals. One successful venture: Dollar Shave Club enlisted dozens of streamers to discuss the often unusual ways the streamers use the company’s toiletries to get through those 12-hour stints of live game play.

“They did something that was really creative and went far out ahead of what a lot of other people did,” said Kym Nelson, who heads Twitch’s West Coast sales. “We were able to convey what the important factors were that Dollar Shave Club wanted to get across to the streamers who opted in for this particular bounty project, send them the actual product itself and have them play with it. And that was like rolling the dice. It was really like, ‘Okay, here you go. Here’s some instructions. Here’s the product, have fun with it,’ and cross our fingers”

As a bonus, highlights of the sometimes hilarious resulting live conversations were turned into viral videos, extending the reach of the campaign, Nelson said.

Speaking of games, look what happened when the world’s most popular game, Fortnite, hired EDM music star Marshmello to play a 10-minute concert in an open area of the game map (they turned off shooting during the concert). A whopping 10 million viewers showed up.

Fortnite is steadily morphing from hugely profitable hit game to social network of choice and default communications medium for many teens. With the Marshmello concert, my panelists said owner Epic Games is laying the groundwork to become more like a media network than a game.

“This was really big,” said Tim Sovay, COO of CreatorIQ, which tracks about 5 million brand deals with influencers. “We kind of understand what Fortnite is but it’s becoming something more than just a game. There was no brand involved in this but it just shows the power of the platform with the right artists and the right audience. You can obviously see the next step being maybe a brand involved” in other in-game events.

Fandango did a deal last summer with Microsoft, gathering film influencers to use the company’s Surface Pro computers “to diagram and design and talk about superhero movies,”said Sandro Corsaro, Fandango’s chief creative officer.

“We’re in a very admirable position with our content, movie trailers,” said Corsaro. “People view them as a form of entertainment. I don’t know how many people here would watch three or four car commercials for entertainment but people love trailers.”

Turner Gets Courageous On Insurance

Russell Arons, a WarnerMedia executive who was co-head of Machinima until it was dissolved this month, pointed to an unusual program that corporate cousin Turner Ignite did through its Courageous branded-content unit, enlisting a group of journalists in a writing program sponsored by MassMutual Insurance.

“Imagine trying to explain to an insurance company, ‘Okay, this isn’t going to be all about the benefits of insurance'” Arons said. “‘It’s going to be about talking about how people can be kind to each other. But there’s a halo effect for you.'”

Experimental Marketing Is Leveling Up

Both Nelson and Arons said experiential marketing is only going to get more important. We’re already seeing massive branded live events, or activations, at pop-culture gatherings such as San Diego Comic-Con, South By Southwest, DragonCon, and VidCon. Just think of the massive SXSW activations that Warner Bros. did for Ready Player One and HBO did for Westworld as two pricey examples.

What’s evolving is that now companies are combining that in-person experience for hundreds of fans with live streams, social-media posts and recorded material to extend the experience to millions more who can’t be there.

“Experiential is very important,” Nelson said. “But I think it’s important that we’re integrating that with a live-stream platform so that that experiential experience can be broadcast to a wider audience, so people in Mississippi that may not be at Comic Con or SXSW can also have that live experience.”

Corsaro called it “the productization of experiential marketing,” so the experience can be something for “everyone, not just the people that are in the room.”

Other areas that will only grow in importance in coming months: Voice-activated search and entertainment, and ephemeral video, said Sovay.

Voice matters because while people are unlikely to say they want Siri or Google or Alexa to serve up the next MassMutual video, they may want to watch another concert by Marshmello, or listen to an essay on kindness, or a live stream from Ninja. Brands need to figure out how to be next to that, and they will.

As well, Sovay said, companies are building e-commerce hooks into the here-today, gone-tomorrow videos created on Snapchat, Instagram Stories and other services now putting together their own Stories-like equivalents.

Through it all, authenticity and accessibility remain core tenets, said Corsaro. Maybe content will remain intentionally a bit less polished than it would be in a 30-second broadcast TV ad.

“They still want it to be professional,” said Corsaro. “But there’s a low-fi quality to it. The brands that can do that successfully will triumph. (Google’s Super Bowl ad) of course, it’s a commercial and it’s (well) shot, but it was of the people. There was a connection, whether you were a little girl, whether you’re a guy in India, whether you were in Taipei, there was all these things that kind of made you feel like, ‘Oh, I could use that product.'”

(Note: If you’d like to hear the entire panel conversation on content marketing from Digital Entertainment World, check out my Bloom in Tech podcast. It’s on all the big audio outlets and several smaller ones, including iTunes,  Spotify, Google Podcasts, Anchor – which Spotify just bought, so don’t ask me how that’s going to work – Breaker, RadioPublic, Overcast, Castbox, Pocket Casts, and Podbean. Also, on SoundCloud most of the time.)