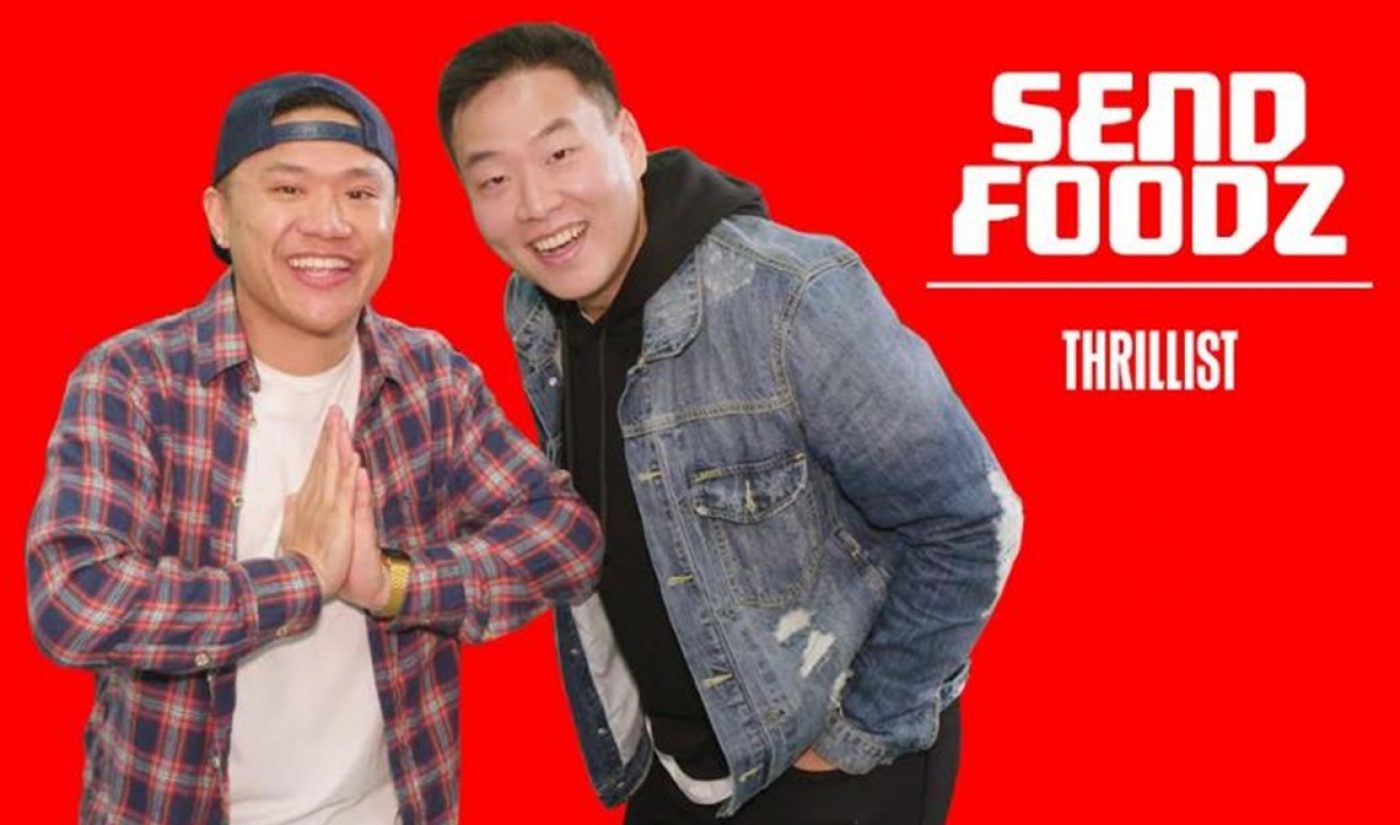 The purchase, for which Thrillist declined to disclose financial terms, is indicative of the way in which the company intends to ramp up its YouTube presence in 2019, it says. All 15 existing episodes of Send Foodz, which is hosted by YouTube vet DeLaGhetto and fellow comedian David So, will be ported over to Thrillist’s digital channels. And season two of Send Foodz will debut this Thursday on Thrillist’s YouTube channel, which counts 267,000 subscribers. New episodes will roll out every other week, and the show will subsequently arrive on other Thrillist platforms in the future.

In Send Foodz, DeLaGhetto and So — who count a combined 5.4 million subscribers — travel across the U.S. to explore different food festivals, from Houston’s Hops and Hot Sauce Festival to the world’s largest bacon festival in Des Moines, Iowa. “I can’t wait for Thrillist and Send Foodz to come together and make sweet, sweet love,” DeLaGhetto tells Tubefilter. “David and I are all about being as raw and real as possible when it comes to our food adventures, and I think Thrillist is the perfect new home for all the shenanigans.”

You can check out the trailer for season two of Send Foodz right here: