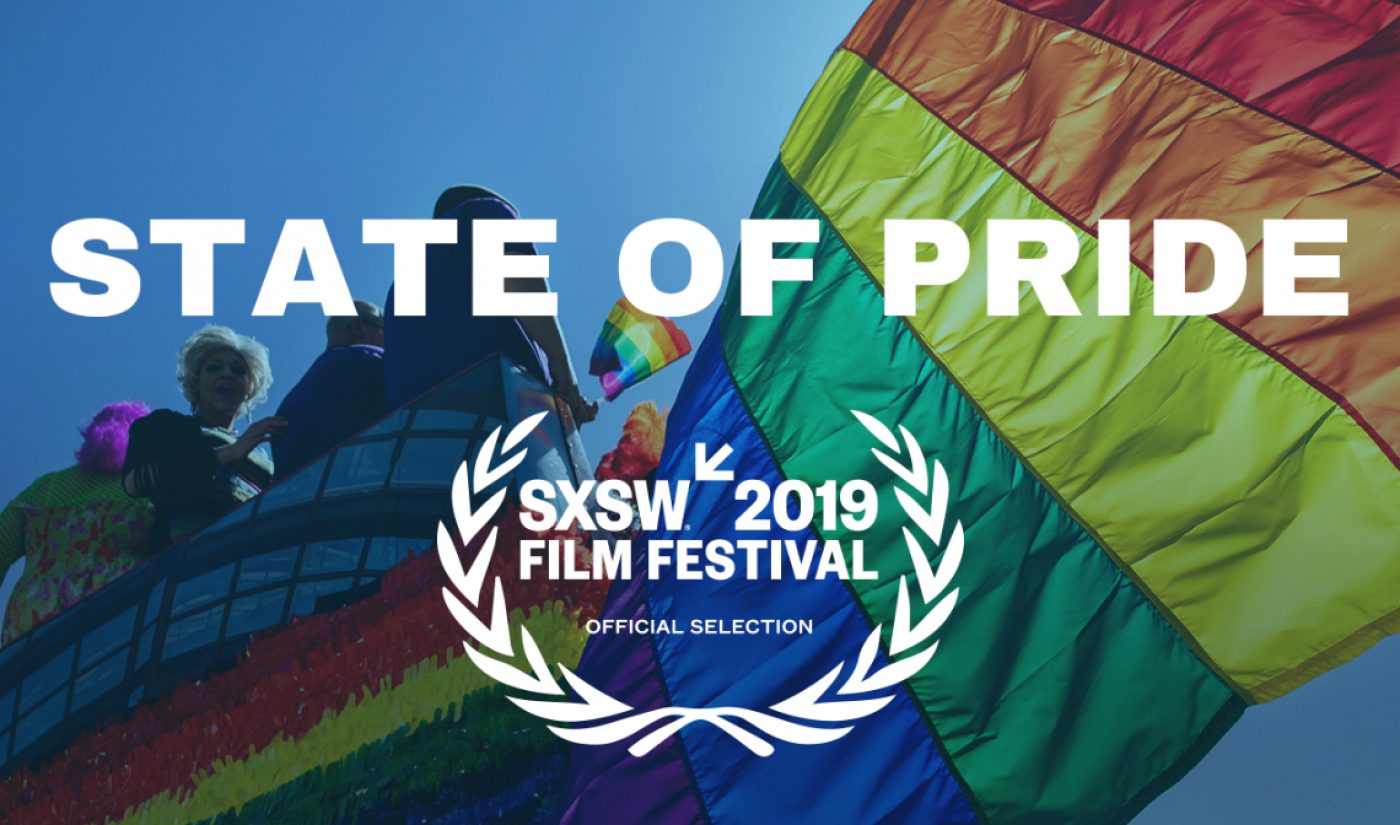 YouTube and Portal A’s LGBTQ+ documentary State of Pride will have its worldwide debut at this year’s South by Southwest Film Festival (SXSW).

The film follows former YouTube employee and current activist Raymond Braun in his journey to discover how LGBTQ+ people across America celebrate Pride. It’s set to be distributed on YouTube Premium in June — which is fitting, because that’s Pride Month. The release is also timed to commemorate the 50th anniversary of the Stonewall riots, an infamous event where members of the LGBTQ+ community fought back after police raided a well-known New York City gay bar.

Ahead of all that, though, it’s been chosen by SXSW as an opening night premiere, and will bow March 8 alongside films like Jordan Peele’s This is Us and Harmony Korine’s Snoop Dogg flick The Beach Bum.

“The film features powerful conversations with inspiring individuals as they open up about Pride and how it has changed over the past 50 years,” YouTube content chief Susanne Daniels said when the platform greenlit State of Pride back in September.

Braun is also an executive director — and this is far from his first foray into producing LGBTQ+ content for YouTube. While he was an employee there from 2013 to 2015, he launched YouTube’s widely successful #ProudToLove campaign to celebrate LGBTQ+ creators. #ProudToLove drew in millions of views and nabbed Braun a spot on Forbes‘ 30 Under 30 list. As the campaign went more and more viral, turning into a full-time side project for Braun, he decided to stop being a YouTube employee and become a creator on the platform instead. His channel currently has just under 25,000 subscribers.