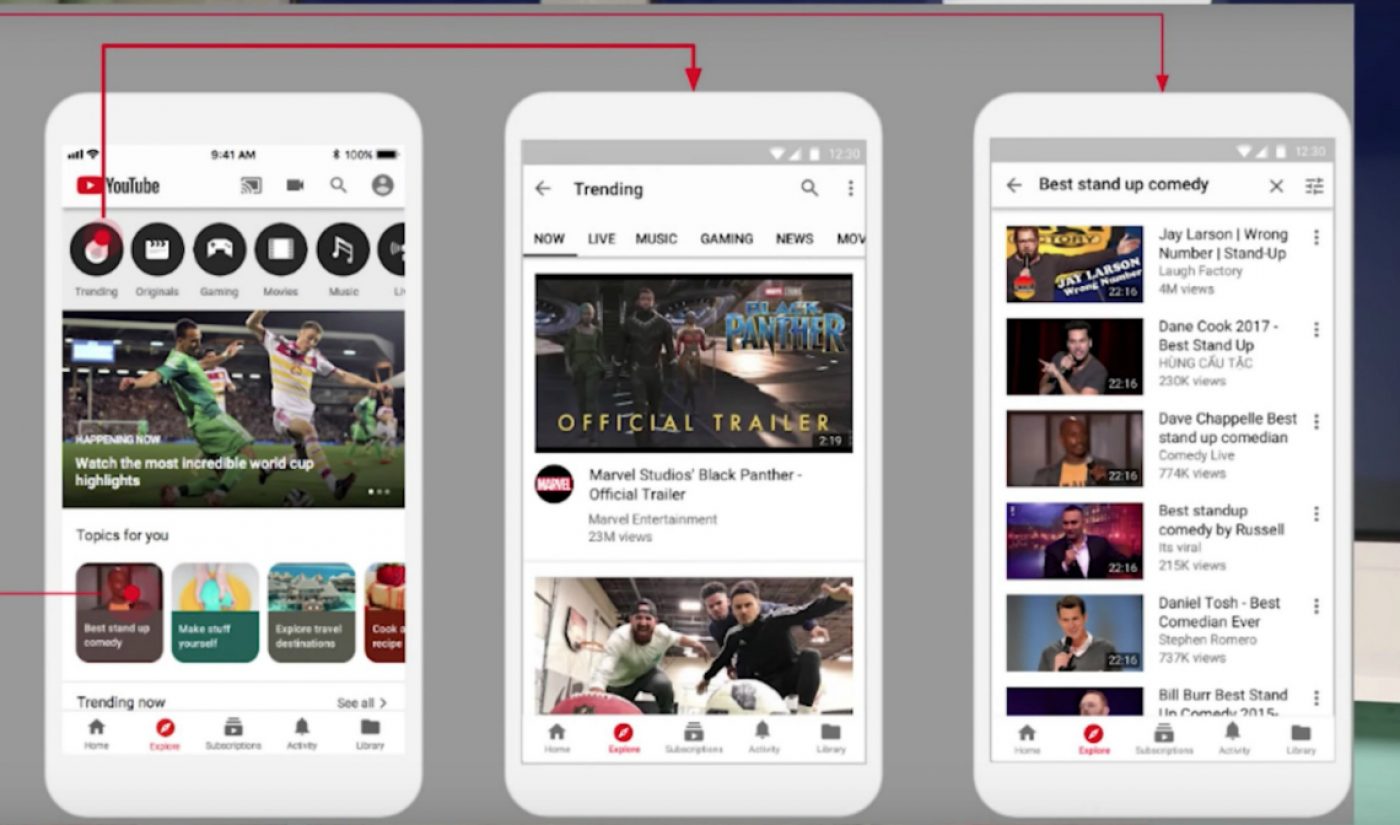 YouTube’s ‘Explore’ feature is now available to more users across a number of popular devices.

First rolled out as a test to just 1% of iOS users in July last year, the feature offers users a page of personally recommended videos meant to help them explore new topics and creators within YouTube, while still keeping their established interests and subscriptions separated for easy consumption.  Now, Explore has been pushed out to more users across devices including iPhones, iPads, Android phones and tablets, and on desktop, TechCrunch reports.

New devices and users aren’t the only change. YouTube has also tweaked the feature, adding sections within it to spotlight smaller creators — something it mentioned doing during Explore’s first rollout last year.

Users who are in the test now see a new, broad category called ‘On the Rise,’ loaded with suggested videos by fledgling YouTubers. (The category takes its name from YouTube’s On the Rise program, which offers up-and-coming creators space on YouTube’s Trending page.) And within On the Rise is a shelf specifically featuring creators with fewer than 10,000 subscribers.

The feature is still a test, and still only a “small amount” of YouTube’s 2 billion users have access to it. “For now, ‘Explore’ is still considered an experiment, and the company is looking to gather more feedback before making a formal decision about the feature’s wider availability,” the platform said. But the expanded rollout is a promising sign that Explore may be implemented as a full feature for all users in the future.