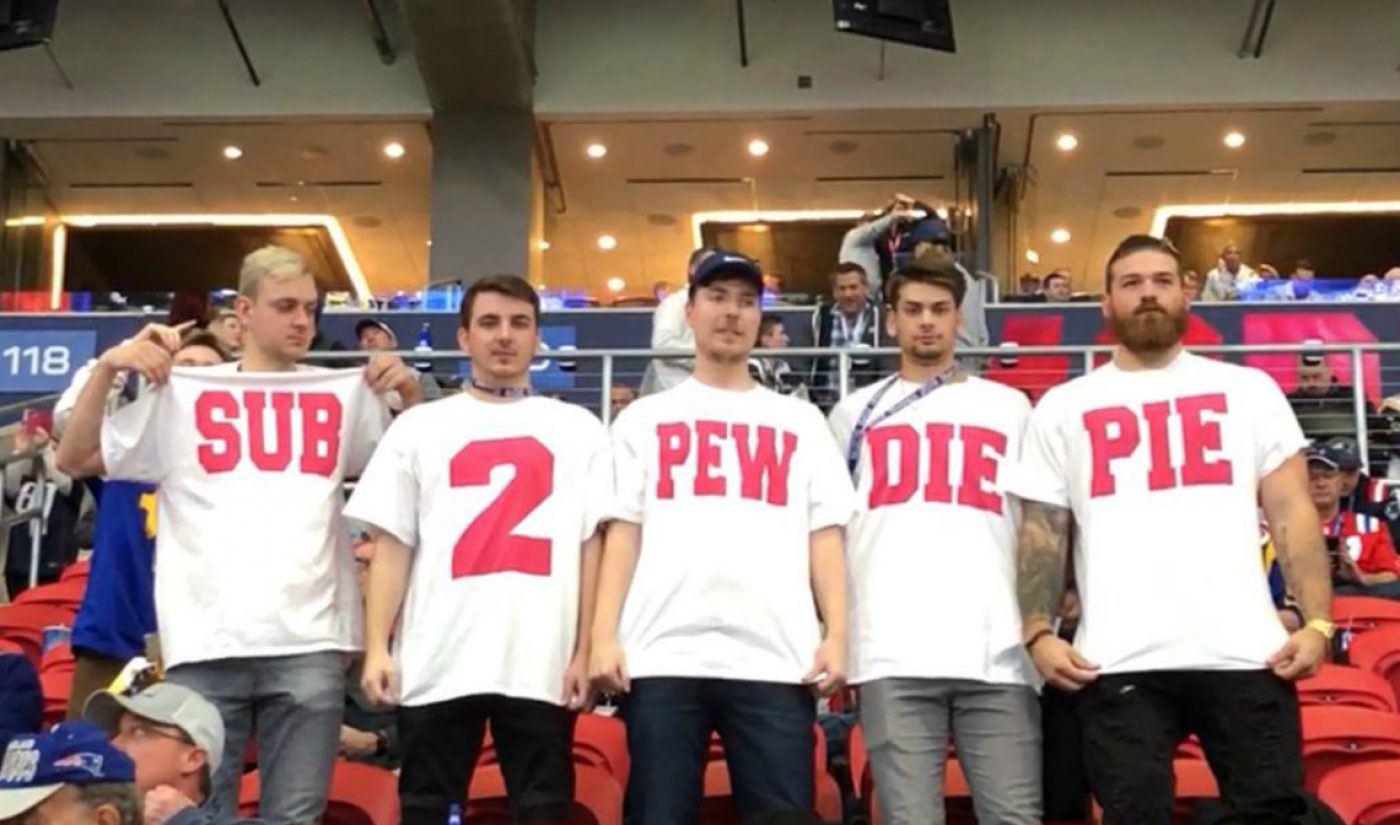 MrBeast has pulled off another pro-PewDiePie stunt — this time during one of the year’s most-watched events.

The YouTuber (and four friends) managed to make a “subscribe to PewDiePie” message very visible during yesterday’s Super Bowl. They each wore a shirt making up part of the phrase, and sat directly behind the field goal on the Los Angeles Rams’ side of the stadium.

Their positioning meant that every time a field goal was kicked on that side, it was almost impossible not to see them on broadcasts of the game. They even made it into a tweet from ESPN:

This is the latest in a handful of stunts MrBeast (aka Jimmy Donaldson) has put together in an attempt to keep PewDiePie (aka Felix Kjellberg) on top as YouTube’s most-subscribed-to creator. Over the last few months, Bollywood record label T-Series has been coming ever closer to overtaking Kjellberg’s subscriber count — currently 83.9 million, while T-Series’ is 83.8 million. (Kjellberg actually came close to losing the lead this weekend, but launched a stream where he played the massively popular video game Fortnite and managed to pull further ahead.)

The battle for the No. 1 spot has inspired multiple stunts from fellow YouTubers and fans — including, of course, Donaldson (whose own subscriber count has risen to 14.5 million in the process). His previous pro-PewDiePie feats include buying every billboard in his hometown to plaster them with “subscribe to PewDiePie” ads, and saying “PewDiePie” 100,000 times during a 12-hour marathon livestream.

This time around, Donaldson was originally hoping to sell “subscribe to PewDiePie” T-shirts so fans could help him raise money to purchase a 10-second spot during the game. A 30-second Super Bowl commercial cost $5.25 million this year, so for a 10-second spot, we’re talking $1.75 million.

“But once I started setting the plan into motion, I learned that the network might deny the ad,” he tweeted. “I got scared I’d raise lots of money and get stuck with it.” In another tweet, he added, “They are pretty strict on what they show. I just didn’t want to raise a million dollars and then not deliver (aka scam people).”

Instead, he went to plan B: buying five tickets and becoming a living PewDiePie advertisement throughout the whole game. For the curious, tickets this year averaged $4,380 each, so Donaldson, who’s famously generous with his cash, likely spent around $20,000 for them all to attend.

And for Donaldson, it seems to have all paid off.

We made it on tv multiple times during the game 🙌🏻 https://t.co/yDRntgUhI2