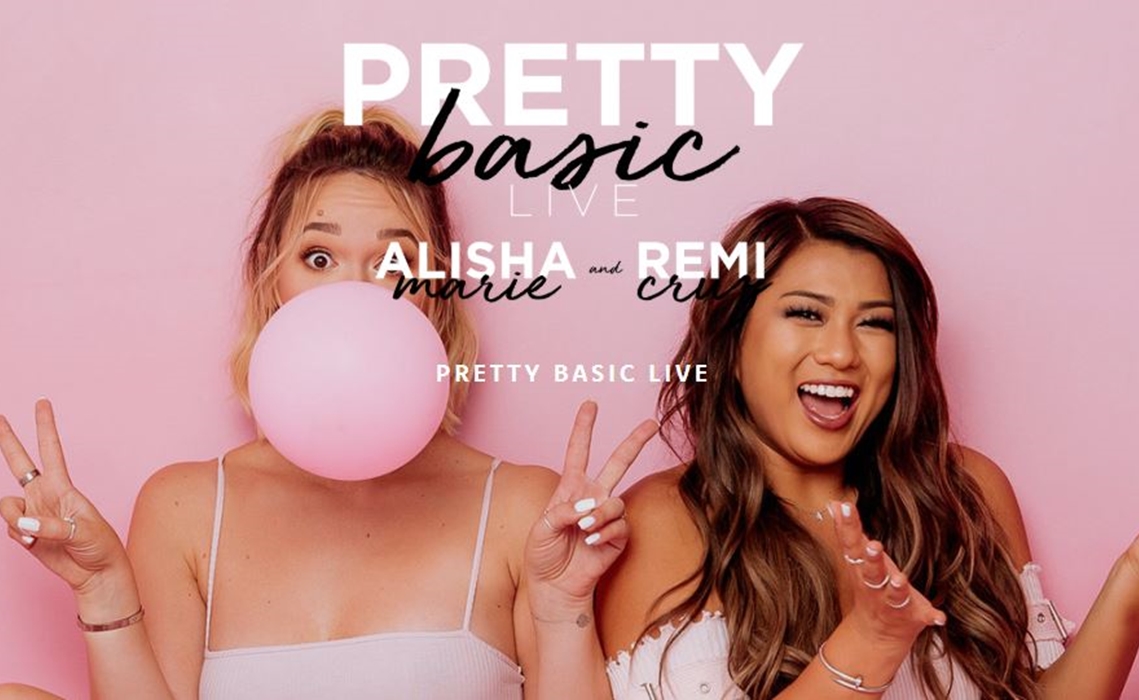 YouTube lifestyle gurus Alisha Marie and Remi Cruz — who count 11 and 3.8 million subscribers, respectively — are taking their chart-topping podcast on the road.

Come April, the duo will embark on Pretty Basic Live — a live show and recording of their Pretty Basic podcast, in which the two best friends hash out boy drama, YouTube industry gossip, body image, and more. Pretty Basic, which launched in October and peaked at No. 1 on the overall iTunes charts upon its debut, has released 15 episodes to date, which have amassed 5 million collective downloads.

Tickets for Pretty Basic Live go on sale this Friday. As of now, the show consists of four stops, kicking off on April 24 in Los Angeles and concluding on April 28 in Tempe, Ariz. — though Cruz teased that additional dates are in the works. General admission is priced at $27.50, while a VIP package — consisting of a reserved seat, a pre-show meet-and-greet with Marie and Cruz, and merch — is priced at $82.50.