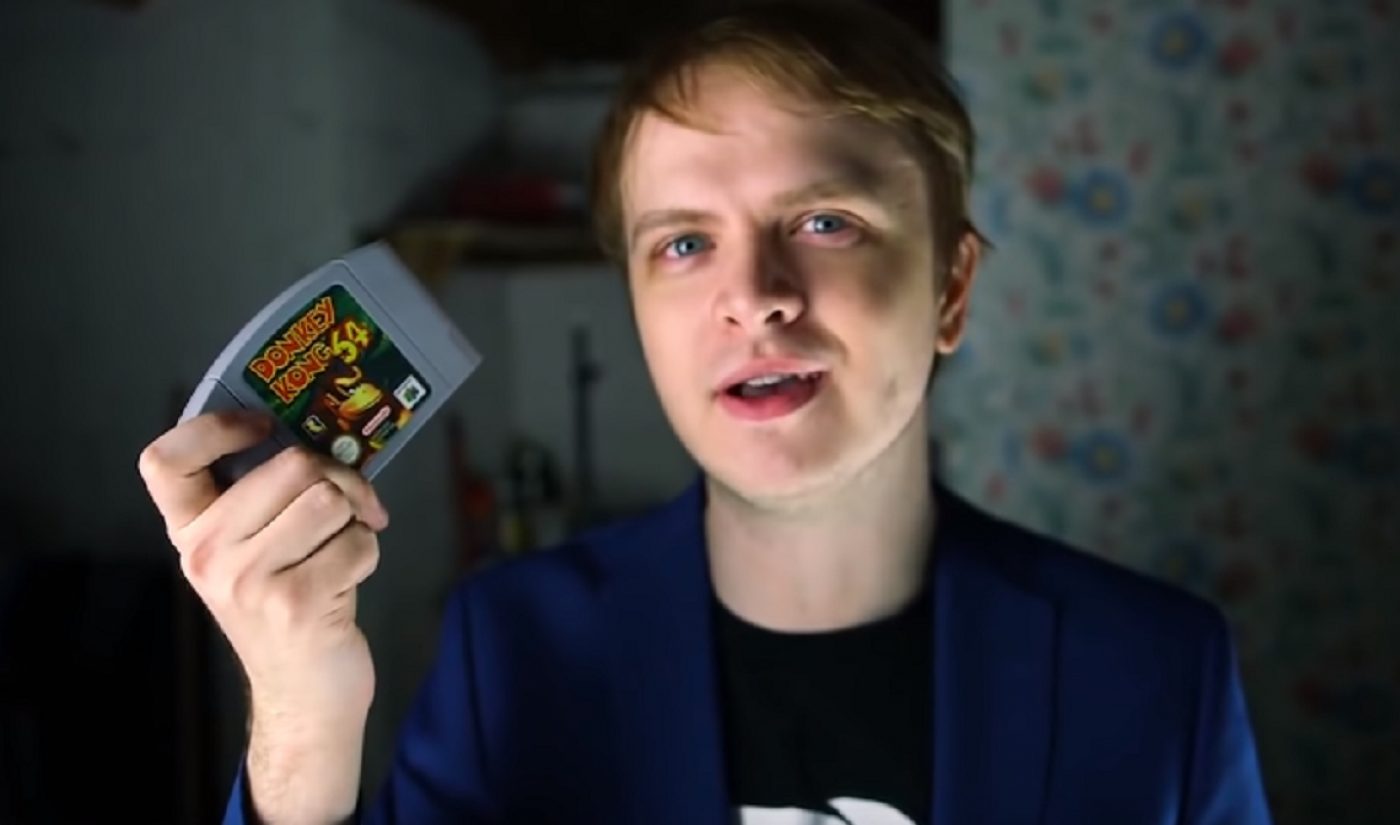 hbomberguy (real name Harry Brewis), who has 43,600 followers on Twitch and 337,000 subscribers on YouTube, decided to commit to playing the Nintendo game to 100% completion for two reasons. One was the simple fact that he’d never beaten it. The other is a bit more complicated.

Here’s the story: In December, nonprofit Mermaids, which works with trans people — particularly trans children, teens, and their family members — was awarded £500,000 from the U.K.’s National Lottery. This was not acceptable to Irish comedian Graham Linehan, who took to parents’ forum Mumsnet to urge people to protest “Mermaids being given whatever insane amount it is.” (For the record, £500,000 is roughly 0.03% of the £1.6553 billion total the National Lottery gave out to good causes in 2018.)

Linehan gave Mumsnet users the email address of a National Lottery official and suggested they send her a copy-and-paste letter alleging that Mermaids pushes “an extreme ideological agenda” and that “they are not professionals and they have no qualification to work with children and young people.” His efforts resulted in a still-ongoing review of the decision to grant Mermaids funding.

In a YouTube video announcing his Donkey Kong stream, Brewis denounced Linehan’s actions. “As a person living in Britain, I find the media discussion surrounding this issue in my country, especially in the tabloids, to be woefully misinformed,” he said. (One tabloid called Mermaids a “child sex-change charity.”)

“Well done, Graham!” Brewis added. “You have a massive audience and the power to choose to fight for progress in all the many forms we need in the world right now, and you used it to make sure some children won’t have access to helpful resources.”

Brewis launched his Twitch stream Friday morning, and within 24 hours, he’d raised more than $50,000, per Polygon. A host of guests, including Manning (who gave Brewis some gameplay tips), Doom co-creator John Romero, and video game journalist Jim Sterling came on to support Brewis’ fundraising. But it was Ocasio-Cortez’s appearance on Sunday that truly supercharged the stream.

After Ocasio-Cortez (who at 29 is the youngest woman to ever serve in Congress — and is famously Twitter-savvy) retweeted a tweet from Mermaids, she joined the stream herself, chatting with Brewis about the importance of trans healthcare and the fact that she considers the Nintendo 64 console to be “probably the best system out of all of them.”

Her tweets and appearance got the stream trending on Twitter, and folks had plenty to say in support of Brewis’ efforts.

You know that Twitch gamer raising money for the trans charity @Mermaids_Gender? Alexandra Ocasio-Cortez just called in and is talking about the shutdown. AOC: “Trans rights are civil rights are human rights!” https://t.co/QTfFdst0eV pic.twitter.com/aAdoUlhAW1

Here’s @aoc talking about how Nintendo 64 was the best system. She’s on @twitch helping to raise money for trans kids. pic.twitter.com/cJIfUif1mv

on the day aaron sorkin went on tv saying @AOC needs to grow up and that trans bathroom rights are “a distraction,” she goes on a dk64 stream to help raise a quarter mil for trans kids

Let’s get this straight: @Hbomberguy raised 200k for trans kids by playing Donkey Kong 64 and John Romero literally swung by to yell TRANS RIGHTS on stream. Gaming is officially no longer the monopoly of easily butthurt cishet dudebros.

Brewis finished Donkey Kong 64 — yes, to 100% completion — early today. The final fundraising tally: at least $340,000. For his undertaking, Brewis received an official congratulations from the Scottish parliament — and an official thank-you from Mermaids:

We’re overwhelmed by all the love being felt for Mermaids, trans kids and the trans community tonight 💕

In a tweet, Brewis said that not only will money donated through the stream be going to Mermaids, but he’ll also donate any Twitch Bits (onsite currency that translates to real money when viewers give them to streamers) and new subscription payments — $4.99 each — he received this weekend. Adding subscription money could rack up to thousands more dollars for the charity, considering Brewis gained nearly 20,000 new Twitch followers this weekend.

After the stream concluded, Brewis said details of the donations will be announced a bit later, and indicated that for now, he’s off for some much-needed and very well-earned rest.