Insights: NBCU Crafts Bluprint For A New Kind Of Influencer 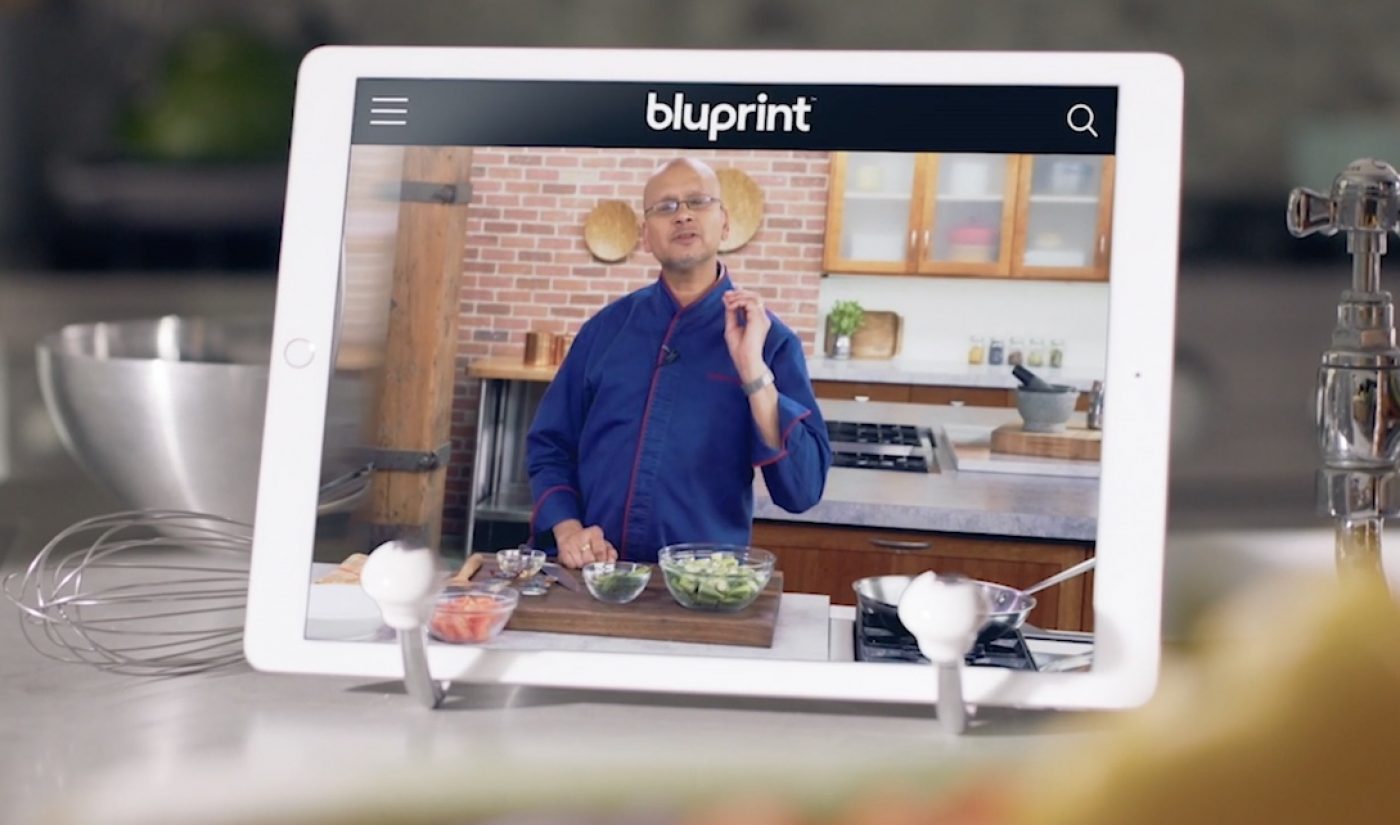 NBCUniversal this week unveiled the final touches on Bluprint, its “state-of-the-art lifestyle learning platform,” designed to pull the cable TV giant more firmly into the business of e-commerce enabled by its increasingly digital operations. Along the way, I think they’re also creating a potentially lucrative home for a new kind of cross-platform influencer.

In May of 2017, Comcast-owned NBCU bought Craftsy – then a six-year-old, Denver-based how-to site that sold supplies and a la carte video lessons for hobbies such as sewing, knitting, woodworking and cake decorating – for a reported $230 million.

Since then, Craftsy’s transactional video-on-demand lessons were still sold through that brand, but the rest of the site was rebranded as BluPrint last summer. As Bluprint, the business model shifted to subscription VOD, along with a healthy dose of the online commerce that had paid about half the site’s bills for years.

As of Tuesday, Craftsy and its one-off video sales have been retired and Bluprint now “combine(s) the spirit of Craftsy with the magic of Bluprint,” as the site puts it. What’s resulted is an intriguing cross between YouTube, Amazon, and your local extension class course.

A Netflix for Hobbies

The key is a mix of the more traditional “Three Cs” of Content, Community and Commerce with a fourth one, for Celebrity and Influencers, said Bluprint CEO and co-founder John Levisay.  The rebrand and shift to SVOD were designed to expand the site’s reach and encourage audiences to sample more widely and stick around longer.

“The problem with that (transactional VOD) model was that none of us are uni-dimensional,” said Levisay. “You may want to take that photography class, but then you’re like, ‘Gosh, I really want to learn Thai cooking, or take a fitness class, or just watch a lean-back kind of inspirational series on a painter.'”

With the SVOD approach, people on average are trying about five different categories of content, “whereas historically, people would have maybe stayed in their lane a little bit more,” Levisay said.

Bluprint is one of numerous NBCU experiments with online video, said Dave Howe, president of strategy and commercial growth for NBCU. But it’s a particularly important one, because it extends the historic cable-TV channel reliance on ad dollars and affiliate fees into e-commerce, as Bluprint becomes what Howe called “a Netflix for lifestyle learning, a Netflix for hobbies.

“The object of the exercise is to explore new revenue streams, primarily digital, that are complimentary and strategically fit with the business that we’re in now,” said Howe. “Where we see an opportunity, especially in the direct-to-consumer digital space, is in the new revenue streams around e-commerce and subscriptions. Those direct-payment opportunities give us a relationship with the consumer that provides a lot of data (and) real insights into consumer behavior. It enables us to build that into our core content business… in a way that’s very organic.”

Craftsy already had a fulfillment operation and warehouse in Indianapolis that now will be able to serve not only for Bluprint but also other NBCU operations, such as gear sold through the sports division of NBCU, Howe said.

In the meantime, Bluprint is focused on finding, recruiting and supporting the kinds of online teachers who can build and keep audiences while expanding the site’s reach. Already, Bluprint has added five categories to its original 16, said Levisay, including writing, photography, dance, yoga and a “family” section that pulls material from several others with a more kid-friendly approach.

Expect even more expansion as the company settles strategic issues such as whether to add categories such as music and sports coaching, or duplicate what it has in languages such as Spanish, German and Portuguese, Levisay said.

In the meantime, the company is continuing to recruit and develop new teachers. Some of that talent has been found among the how-to book authors, educators and demonstrators at craft fairs, culinary institutes, woodworking schools and lecture circuits. Others are online, in YouTube, Instagram and, because of NBCU’s investment and partnership there, Snapchat.

The site is even growing its own talent, such as Joshua John Russell, who’s Man About Cake YouTube channel has nearly 600,000 subscribers. Russell collaborates with stars such as iJustine, (Justine Ezarik), who called his channel her favorite in a recent birthday cake video.

While constructing his fanciful creations, Russell talks up Bluprint, even drawing inspiration from techniques he’s seen while browsing through other Bluprint categories.

Levisay acknowledges that not every online influencer automatically translates their talent or audience to a more structured setting.

“Sometimes it doesn’t work,” he said. “You have to really look at the instructor and say, ‘Are they someone who does a 30-second hack or the funny stuff? Or do they really have the depth of knowledge and the ability to work with our educational folks to structure learning outcomes and make it entertaining and carry an hour-long segment?'”

Done right, crossover talent such as Russell can bring along their online audience, drive a hefty opportunity in merchandise and e-commerce sales and benefit everyone, Howe said. Bluprint plans to be a partner in that process.

“Rather than letting our own talent figure out how to how to build businesses off the back of the fame that we provide, we’re looking at how we can also do that in tandem or how we can help them do that and give them ways to build those businesses,” Howe said. “We plan to be both building talent and partnering with existing talent.”

The cross-platform potential for influencers is even larger when you add in NBCU’s many shows and stars.

“We’re identifying not only people who are expert but people who are camera friendly, who have personalities that we can basically create content formats around,” Howe said. “We can basically put them on shows (across NBCU). A lot of the Bluprint instructors have been on pretty much every area of the company.”

An SVOD Platform With Promotional Capabilities Across All Of NBCU

Bluprint stars already do a monthly segment on the Today Show, and have appeared on such unscripted stalwarts as Making It, The Shahs of Sunset, Million Dollar Listings, and the Kardashian and Real Housewives franchises. Conversely, NBC stars such as Al Roker have appeared on Bluprint too, something Levisay said would have been very difficult to arrange before the acquisition.

“As we continue to work with NBCU, we will up the level on the Fourth C even more but there has to be an authenticity there,” Levisay said. The relationship with NBCU has “given us better access to vertical celebrities and those who transcend their given category. (But) I don’t ever want to have someone on the platform who’s a celebrity for celebrity’s sake.”

That said, the NBCU relationship is already yielding a lot of benefits.

“Your biggest struggle is always getting the word out and getting customer acquisition,” Levisay said. “Our challenge was getting people to understand who we were, and to engage in content for the first time. It made perfect sense both because of the people on NBCU side and the distribution platform to really spread the word and drive adoption of what we built.”

Levisay declined to disclose the number of subscribers, but added, “both the growth trajectory on subs has been very strong, and the retention characteristics are great.” Subscriptions are $7.99 a month, or $79.99 a year. Buy an annual membership and you get to keep one instructional video per month, a model similar to Audible’s.

Thinking Inside The Box

As part of its e-commerce expansion, Bluprint is now pushing Bluprint boxes, “get-started” collections of tools and supplies to simplify the process of diving into a new hobby.

“The challenge with people finding hobbies is they just don’t know where to begin,” Howe said. “They don’t have any kind of roadmap of where to start, and they stumble around. This is a structured learning opportunity in a fun way that gives you access to the world’s experts in those categories, and materials, and a plan and a roadmap and a blueprint.”

With a 4,000-title library with 1,300 classes, five production studios in Denver, and access to production facilities in New York and Los Angeles, the company is now regularly creating a wide range of content, including more “lean-back” programming for like cooking shows, inspirational stories of creators and more.

The company also is acquiring content from overseas libraries, primarily English-language for now. It’s also bringing out revamped iOS and Android apps in the next couple of months to further expand user options and experiences.

“Just because something’s educational, doesn’t mean it has to be, ‘Eat your vegetables,'” Levisay said. “It should be fun. These are fun pursuits.”