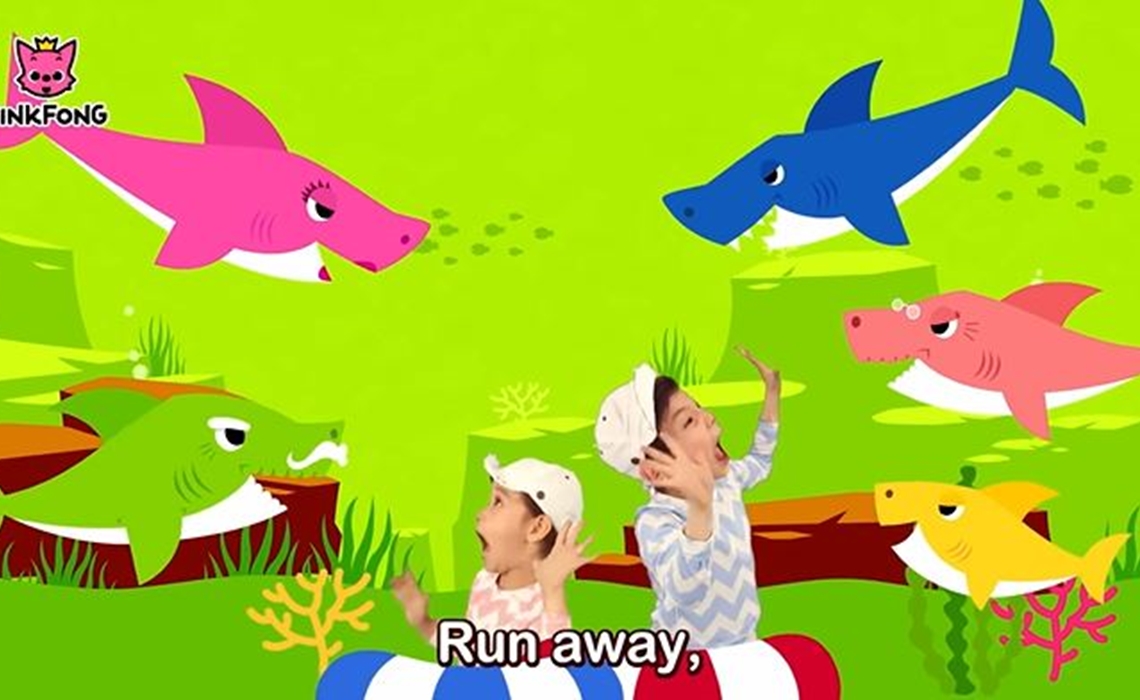 “Baby Shark,” the addictive children’s song courtesy of South Korean media brand Pinkfong, has entered the Billboard Hot 100 charts at No. 32 this week after ascending to viral heights on YouTube.

The video for “Baby Shark,” a singalong in which a family of sharks is introduced and then proceeds to go hunting, has been viewed 2.2 billion times on YouTube, making it the platform’s 25th most-viewed video of all time. Billboard said that a majority of the song’s spins — 73% of 20.8 million total streams in the past week — are coming from video, reports The New York Times.

“Baby Shark” was first posted to YouTube in Nov. 2015, though the company ultimately shared a remixed version in June 2016 with a new beat and melody — which ultimately earwormed its way across the globe. The song has been adapted into more than 100 different versions and 11 total languages, according to the Times. Various K-pop acts helped popularize the song with a social media challenge in Korea, and American celebrities like Ellen DeGeneres and James Corden have subsequently featured the track on their respective talk shows.