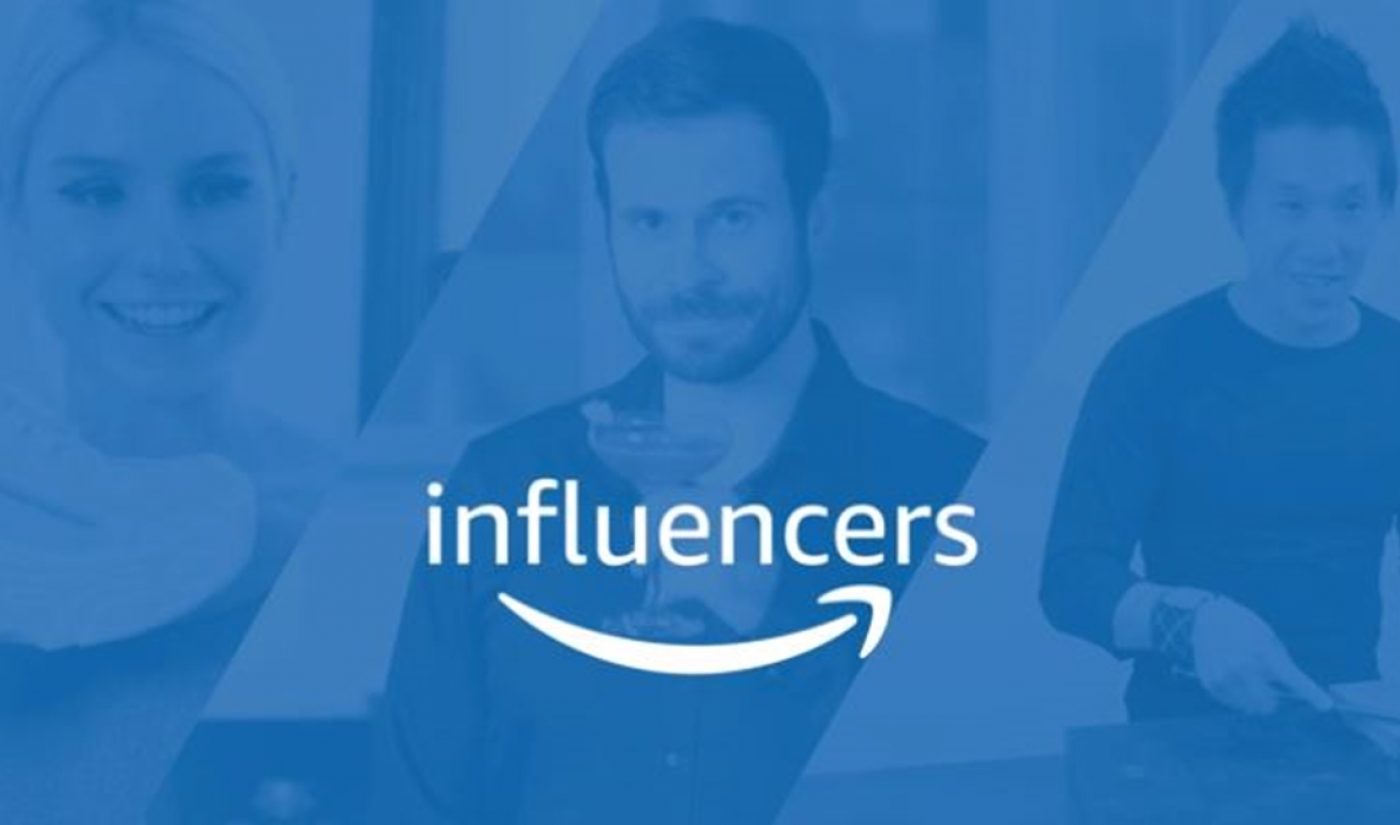 In April 2017, Amazon launched its Influencer Program — an extension of its longstanding affiliate initiative — that enables digital creators to receive commission on goods that are purchased by their followers on YouTube, Instagram, Twitter, and Facebook. The Influencer Program differs from the affiliate program in that it also enables creators to helm their own custom shops with a vanity URL.

And now, a document obtained by Business Insider reveals the incentives that the ecommerce giant is offering to influencers who join. Commissions highly favor Amazon’s own products, according to Business Insider, with the biggest cut being 10% on sales of Amazon’s private fashion line.

Furniture sales will net creators an 8% commission, while non-Amazon apparel, jewelry, and shoes will pay 7% — which is the same percentage for sales of Amazon Echo, Amazon Fire, and Amazon Smart TV devices. Amazon Fresh purchases and toys net 3%, while the lowest commission in the program — for sales of physical video games and consoles — is 1%. (These figures seem to be in line with the current affiliate program fee schedule).

While big names like Mark Cuban and iJustine participate in the Amazon Influencer Program, Business Insider notes that a number of microinfluencers — or burgeoning creators with thousands of followers — have onboarded in recent months. Creators can apply for the program online, though Amazon reps have reportedly been reaching out to microinfluencers personally, and running ads on Instagram to drive membership. According to Business Insider, Amazon is asking members of the program to recommend products, write reviews, and set up curated lists of their favorite items.

One influencer told Business Insider that the program represented more of a side hustle for now, but had the potential to be a substantial moneymaker. “There’s people that make $100 a day,” said the artist Samuel Torres, who counts 54,000 Instagram followers, 12,000 YouTube subscribers, and who joined in mid-December. “It’s just for side money, it’s not something to get rich off….[but] this program really has potential for big earners.”

In addition to the aforementioned commissions, influencers can also make money via “bounties,” per Business Insider, or flat payments whenever their  followers sign up for Amazon services, including Amazon Business ($15), Amazon Fresh or Audible ($5), and Amazon Prime, and Amazon’s Wedding Registry ($3).

You can read more about Amazon’s recent push around its Influencer Program right here.