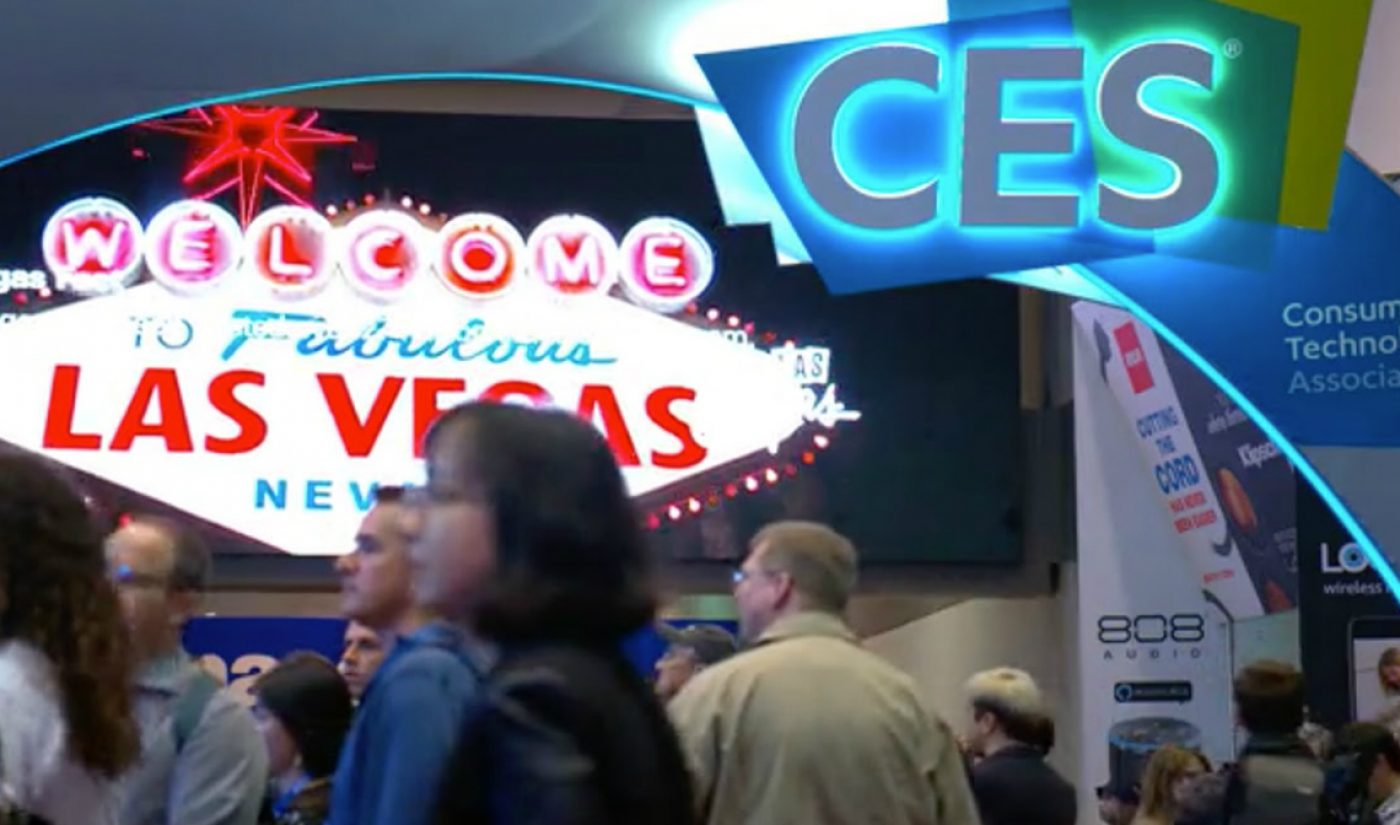 But away from the central exhibition floor is another area: C Space. Meant specifically for creative communicators, brand marketers, advertising agencies, digital publishers, and social networks, C Space — which is on its fourth year, while CES has been running since 1967 — serves as a headquarters for executives from tech companies and executives from media companies to link up during CES.

“It’s really about meetings,” Karen Chupka, EVP of CES, tells Tubefilter. “This whole group of branding and marketing executives was coming [to CES] and didn’t have a place to do business. That’s why we created C Space.”

This year, C Space has introduced a number of new exhibitors, and now has 70 total, the most it’s ever had. Those exhibitors include tech and media giants like Google, Fullscreen, Hulu, Microsoft, Snap Inc., NBCUniversal, T-Mobile, Pluto TV, Vox Media, Pandora, and Pinterest. For 2019, CES has also moved all sports and sports tech content to C Space, so top-level athletic organizations like World Wrestling Entertainment (WWE) are also joining in.

“There’s so much synergy with the sports world with immersive media and fan experiences and smart venues and how tech is impacting sports,” Chupka says. She adds that the C Space’s overall growth over the past four years shows “how fast the digital world and digital content has taken off. Storytelling is now so different from 10 or 15 years ago.”

This year, folks heading to C Space can expect to see the latest in digital advancement, including 5G (which will help companies serve content a lot faster, particularly streaming platforms, Chupka says), artificial intelligence, and smart cities. C Space’s main keynote, Next Frontiers in Mobile, is all about 5G, and features a panel of executives led by AT&T Communications CEO John Donovan. On Jan. 9 from 2 p.m. to 3 p.m. in Park Theater at Park MGM, Donovan will join Michael Kassan, founder and CEO of MediaLink, for a conversation about the effects 5G could have on robotic manufacturing, augmented and virtual reality, public safety, and more.

C Space will also feature a number of conference sessions, including Technology’s Impact on Brand Strategy, Blockchain and Advertising: The Possibilities and Realities, Activision Blizzard Esports Leagues On Brand Partnerships, and “storyteller” feature sessions from companies like Facebook, Hulu, CNET, and IBM.