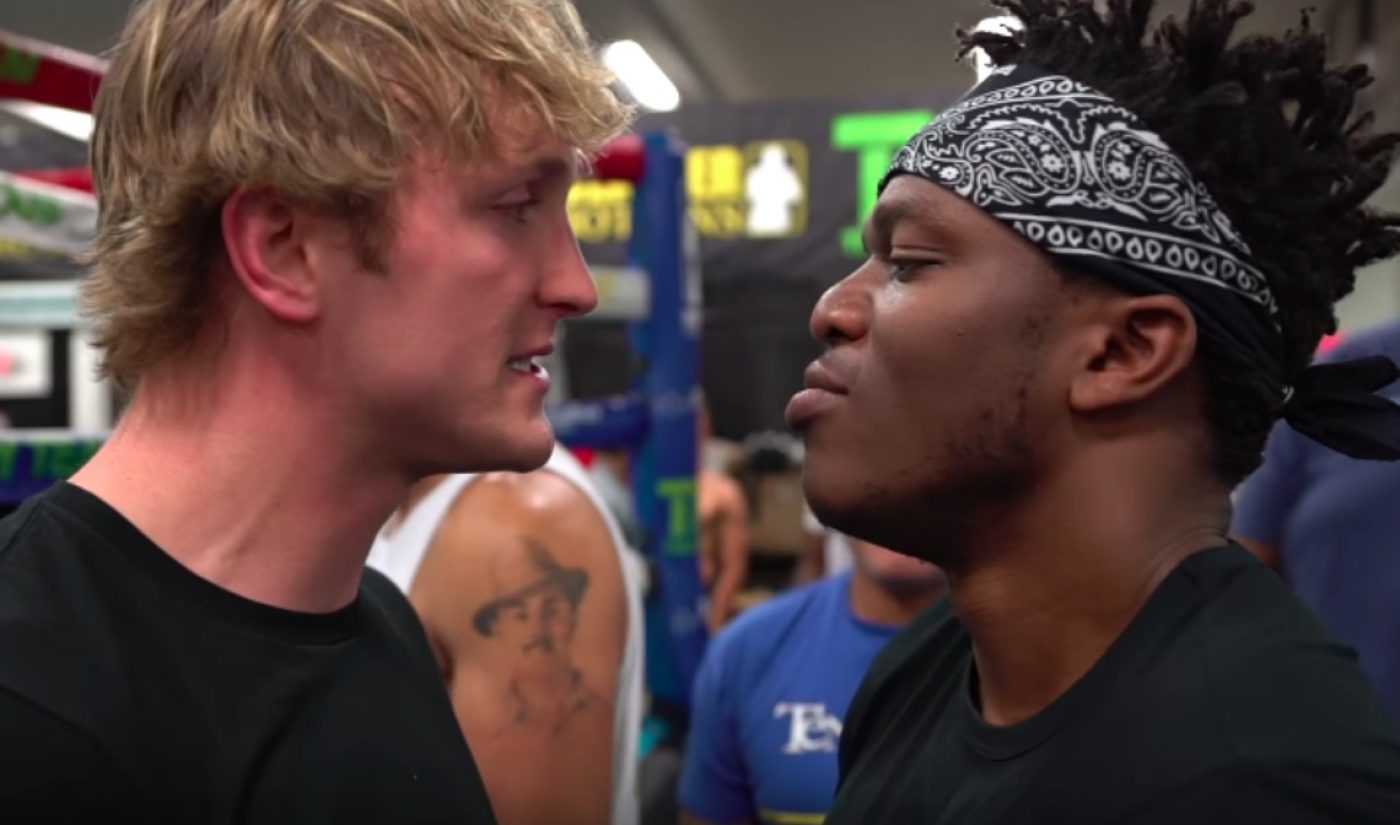 Millions of people watched YouTubers Logan Paul and Olajide ‘KSI’ Olatunji duke it out in a six-round boxing match in Manchester Arena last August — and at least a million of those viewers watched illegally on Twitch.

The YouTube superstars’ much-hyped fight ended in a draw. And although few details have been made public about their promised rematch (the amateur boxers said it would be in February and somewhere in the U.S.), the pair is currently trying to figure out a way to cut down on pirating of the fight, whenever it may be.

In his new YouTube video, Is the Rematch with Logan Paul Happening?, Olatunji (who has 19.8 million subscribers on the platform) says he and Paul (18.7 million) are “working on protection and the legal side of things when it comes to streaming.”

Their first match was pay-per-view — tickets cost between $8 and $10, depending on when they were bought — and was broadcast live on a dedicated YouTube channel and the website KSIvsLogan.tv. On YouTube, the fight peaked at around 784,000 concurrent viewers. But simply being behind a paywall didn’t stop the video from being streamed on Twitch. A handful of people presumably paid for a ticket, then used screen capture software (which records and can broadcast what’s on a person’s computer screen) to livestream the match on their Twitch channels to hundreds of thousands of viewers who watched for free.

To be clear, Olatunji and Paul still raked in money from paying viewers. Even if all paying YouTube viewers bought in at the pre-August viewing price of $8, that’s still at least $6.5 million. Add that to the ticket prices a reported 21,000 people paid to watch in real life at Manchester Arena, and you’ve got a total $8.5 to $9.3 million — plus anything paid by sponsors.

But a potential one million pirated views still means between $8 million and $10 million of lost potential pay-per-view revenue.

YouTube — which wasn’t officially involved in the KSI/Paul match and won’t be involved with the rematch — told The Verge that piracy wasn’t an issue on its end, and that it offers tools to prevent pirated livestreams from running on YouTube.

But YouTube’s reference files and copyright infringement-busting Content ID system obviously can’t stop pirated livestreams on Twitch, so it’s fair to assume Olatunji and Paul are reaching out to Twitch and/or looking for outside help to cut down on the illegal streams.

They apparently have a few months to figure something out. In his video, Olatunji also reveals that though the rematch was originally scheduled for next month, he and Paul still haven’t selected a host city or venue — and considering it takes months to set up venue logistics, “the fight is not happening in February,” Olatunji says. “But you know what? I’m okay with that. I’ve got my own sh-t going on. I want to focus on my YouTube channels more this year. I want to focus on music.”

That matches up to Olatunji’s comments last year, when he said he’d like to push the rematch from February to May to give himself a little breathing room in 2019.

As for agreeing on a venue city, back in August, Olatunji said that he wanted to hold the rematch somewhere outside the U.S., possibly in Dubai — a change to the pair’s original match contract terms, which stated the rematch would be held in the U.S., on Paul’s turf, and would be managed by “Team Logan.” (Olatunji is British, and the first match gave him the home team advantange, as it was held in Manchester and produced by Nemedis supported by OP Talent, the agency that reps Olatunji.)

Their contract says the rematch location must be “mutually agreed on by all parties.”