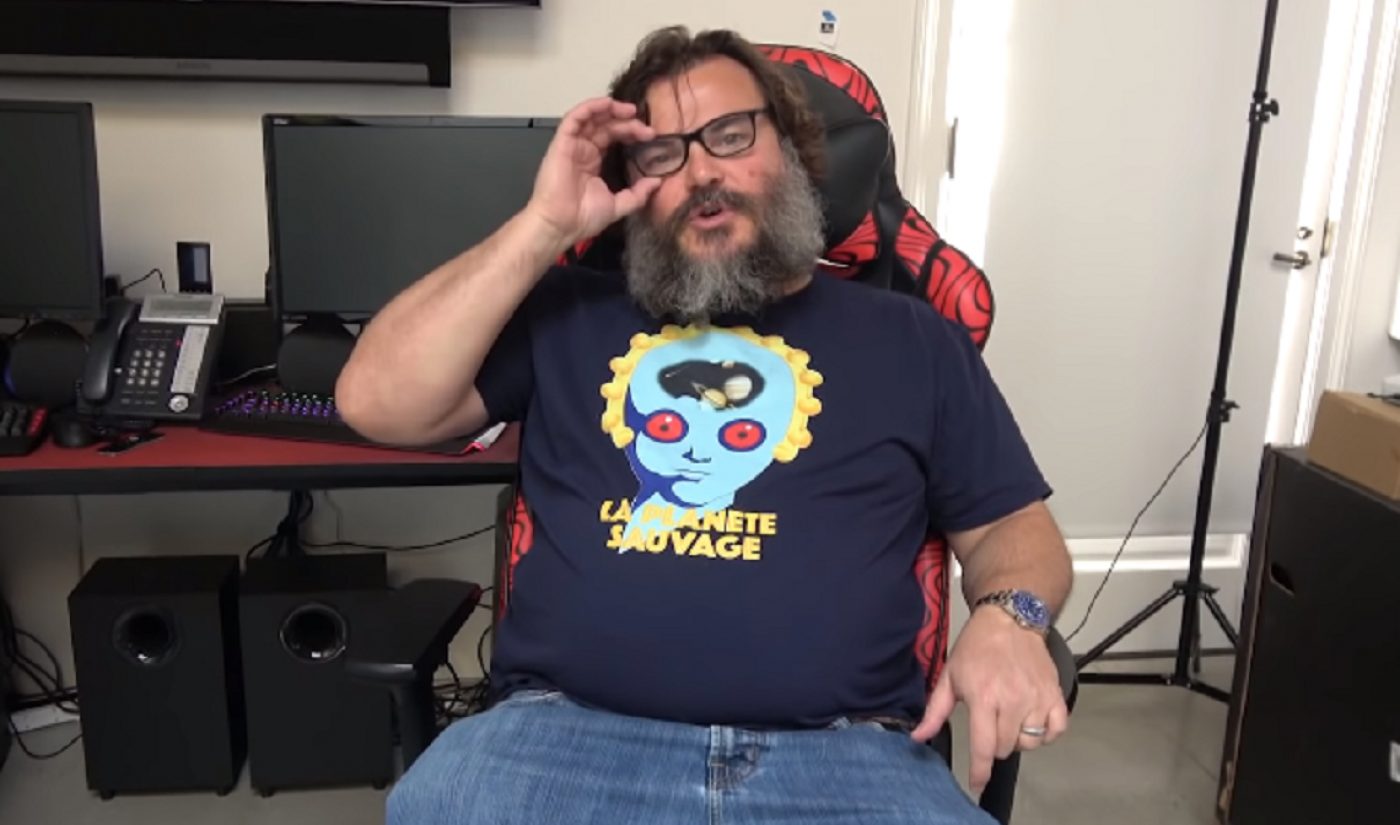 The channel’s announcement video (which, like all Black’s videos, was shot and edited by his son, Sam) has garnered more than 7.5 million views, and Black’s celebratory one million subscribers video has garnered 6.6 million — and is, at posting time, No. 11 on YouTube’s Trending page. Both videos are less than a minute long.

With Jablinski Games, Black became the latest Hollywood celebrity to try his hand at YouTubing, joining fellow actors like Will Smith, Dwayne ‘The Rock’ Johnson, and Reese Witherspoon. Johnson netted an impressive 250,000 subscribers after posting his first video (he now has 3.2 million) and Smith brought in one million after only three months (now 4.4 million), but Black’s subscriber count is skyrocketing on a whole new level.

In his channel announcement video, Black — presumably jokingly — called out top Twitch streamer Ninja and YouTube’s most-subscribed-to creator, PewDiePie, saying his channel is “gonna be bigger than” both of theirs. (Ninja has 20 million subscribers and PewDiePie has an ever-increasing 79 million in the midst of his battle against Bollywood record label T-Series.)

At this point — at least when it comes to Ninja — Black’s declaration isn’t looking so implausible.

Black plans to upload new videos to his channel every Friday, covering topics like gaming, food, and “life.”