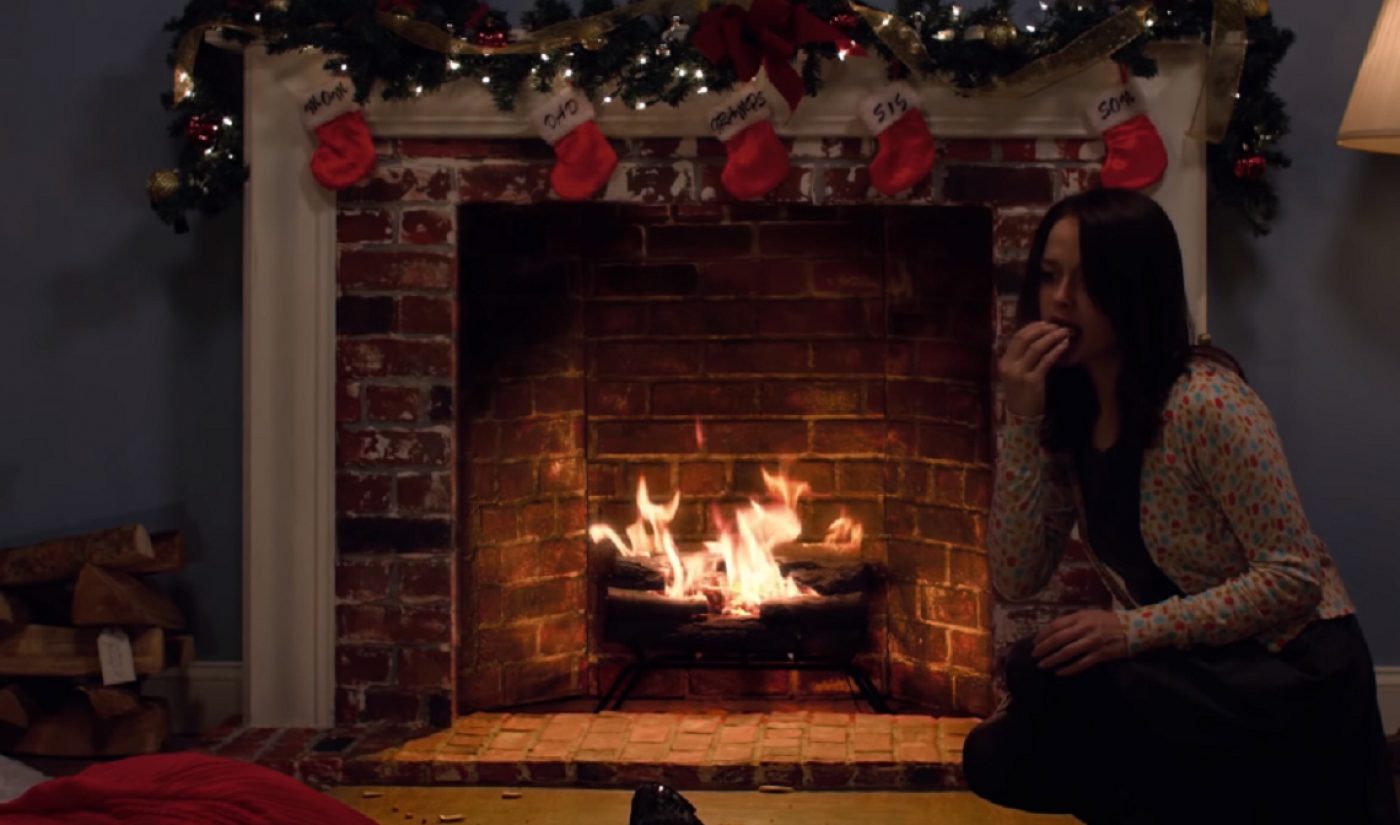 It’s Christmas, which means it’s officially time to partake in the internet’s finest holiday institution: the Yule log. But this year, one notable addition to the trove of Yule log videos available on YouTube is a little…strange.

If you’ve never run across Yule log videos, they’re usually simple, comforting, hours-long videos of logs crackling in fireplaces, the perfect thing to leave running on the TV during holiday get-togethers. The very first one aired on New York TV station WPIX way back in 1966, but in recent years, Yule log videos have become something of an internet obsession, and they run the gamut from your basic log-burning to themed productions. Netflix does one every year, Nick Offerman of Parks and Recreation fame did one where he drank whiskey for 45 minutes (which has since garnered 3.5 million views), and YouTuber BenjaminApple did a Darth Vader-themed one (1.8 million views). That’s just scraping the surface — there are literally thousands of them on YouTube.

But none of them are quite like The Hawkins Family Yule Log, presented by Macaulay Culkin and his comedy brand Bunny Ears (a spoof on brands like Gwyneth Paltrow‘s Goop that Culkin started this year, along with a comedy podcast of the same name).

My one Christmas wish was for April Fool’s Day to come early. Now it has thanks to @edmondhawkins and @BunnyEarsWeb

Culkin conjures up some of his flagship Home Alone character Kevin McCallister’s Christmas mischief in this two-hour video, which went live on YouTube Dec. 24 and has netted around 20,000 views at posting time.

At its start, The Hawkins Family Yule Log seems like any other cozy Yule log video, with the addition of a nice, wholesome family bustling around, preparing for relatives to arrive. But then things start to get odd. Like, portal to hell odd.

You can check out the full video (which, forewarning, is rated R) below.