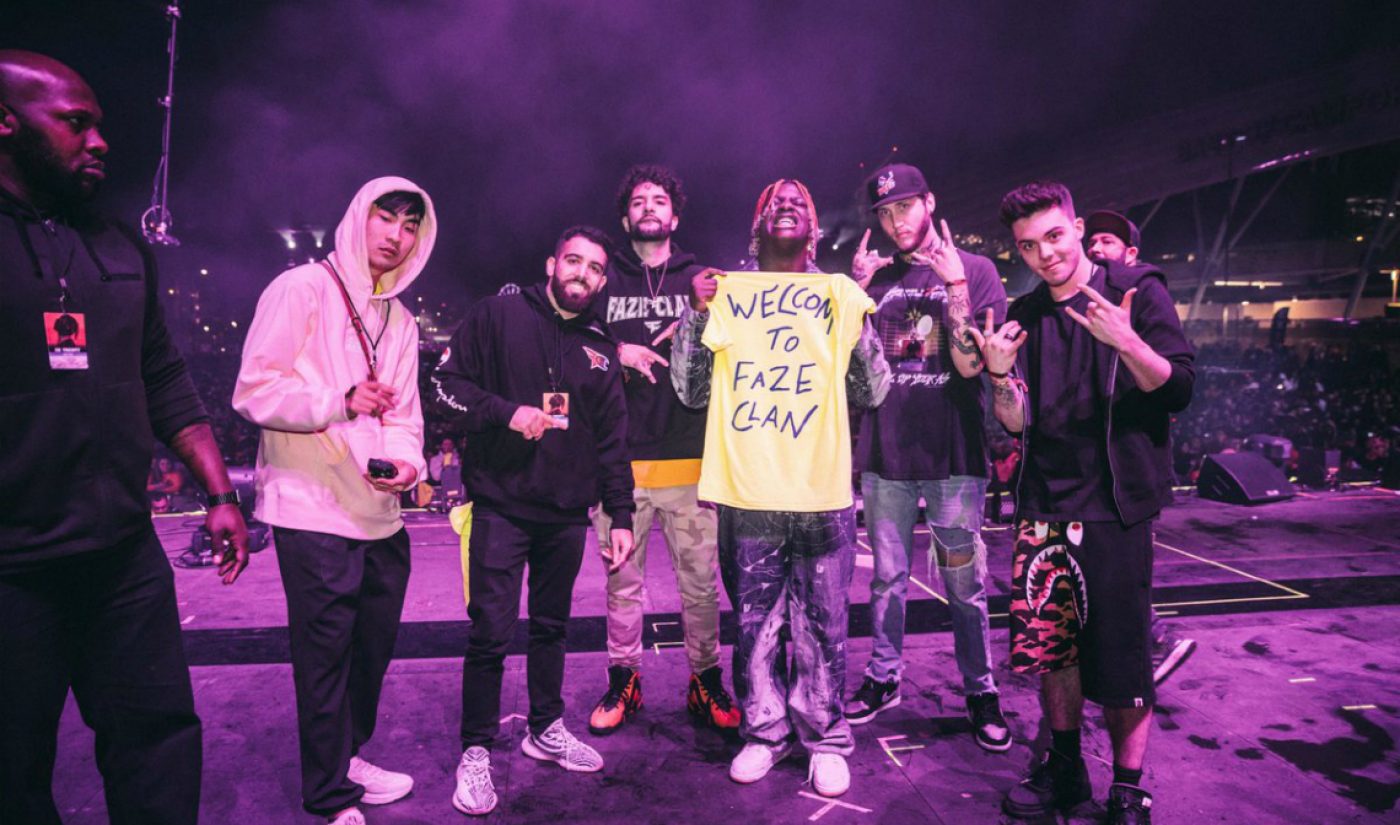 FaZe Clan has a new member.

The YouTube-based gaming and entertainment collective officially welcomed rapper Miles ‘Lil Yachty’ McCollum to the organization this past weekend, presenting him with a “Welcome to FaZe Clan” T-shirt onstage at the Rolling Loud music festival in Los Angeles.

McCollum, who’s 21, has released three studio albums, and works with record labels Quality Control Music, Capitol Records, and Motown Records. His latest release, Nuthin’ 2 Prove, was in the top 10 best-performing R&B/hip-hop albums of this year, per Billboard. He has 1.7 million subscribers (and 493 million views) on YouTube and 7.8 million followers on Instagram, where he’s changed his display name to FaZe Boat (a handle derived from the name of his own alter ego, Lil Boat).

Flagship members of FaZe Clan were present for McCollum’s initiation, including FaZe Clan CEO Tommy ‘FaZe Temperrr’ Oliveira (who has 1.7 million YouTube subscribers), Richard ‘FaZe Banks’ Bengston (4.7 million subscribers), and Bryan ‘RiceGum’ Le (10.8 million). He’s joining the clan’s entertainment side, which is separate from its competitive esports arm and comprises a fleet of creators living together in mansions around the U.S.

McCollum’s joinup comes a little over a year after he tweeted the clan with a simple request:

In total, FaZe Clan now has around 60 members, and its collective YouTube channel has nearly 5.6 million subscribers and 576 million views. While the group started in 2010 building its foundations on Call of Duty trick shots, it’s since expanded into a handful of areas, including esports (under its wing are pro esports teams for some of the world’s biggest competitive games: Call of Duty, Counter-Strike, Rainbow Six Siege, PlayerUnknown’s Battlegrounds, and Fortnite), music, traditional sports, and vlogging.

Across the board, FaZe’s multitalented members live the high-rolling life of rock stars, so it’s no surprise the clan is attracting non-gaming celebrities like McCollum. Earlier this year, Pittsburgh Steelers wide receiver JuJu Smith-Schuster joined up, moving into the clan’s Hollywood mansion and releasing a collection of merch in partnership with the FaZe Clan clothing brand.

The organization is also looking to add more gamers to its ranks, whether they’re already celebrities in their own right or not. In a video announcing a still-forthcoming open recruitment challenge, FaZe Banks said folks who “want it the most” will be able to join FaZe Clan’s ranks. “What FaZe really is at the end of the day is it’s a f-cking family, honestly,” he said. “When people come in, I want it to be the people who want it the f-cking most.”

I wana find kids who live and breathe this shit, who want it more than they’ve ever wanted anything. That’s the foundation FaZe was built on in the first place. That’s who tf we are, for the people by the people. #FAZE5 https://t.co/hrnB356NUr