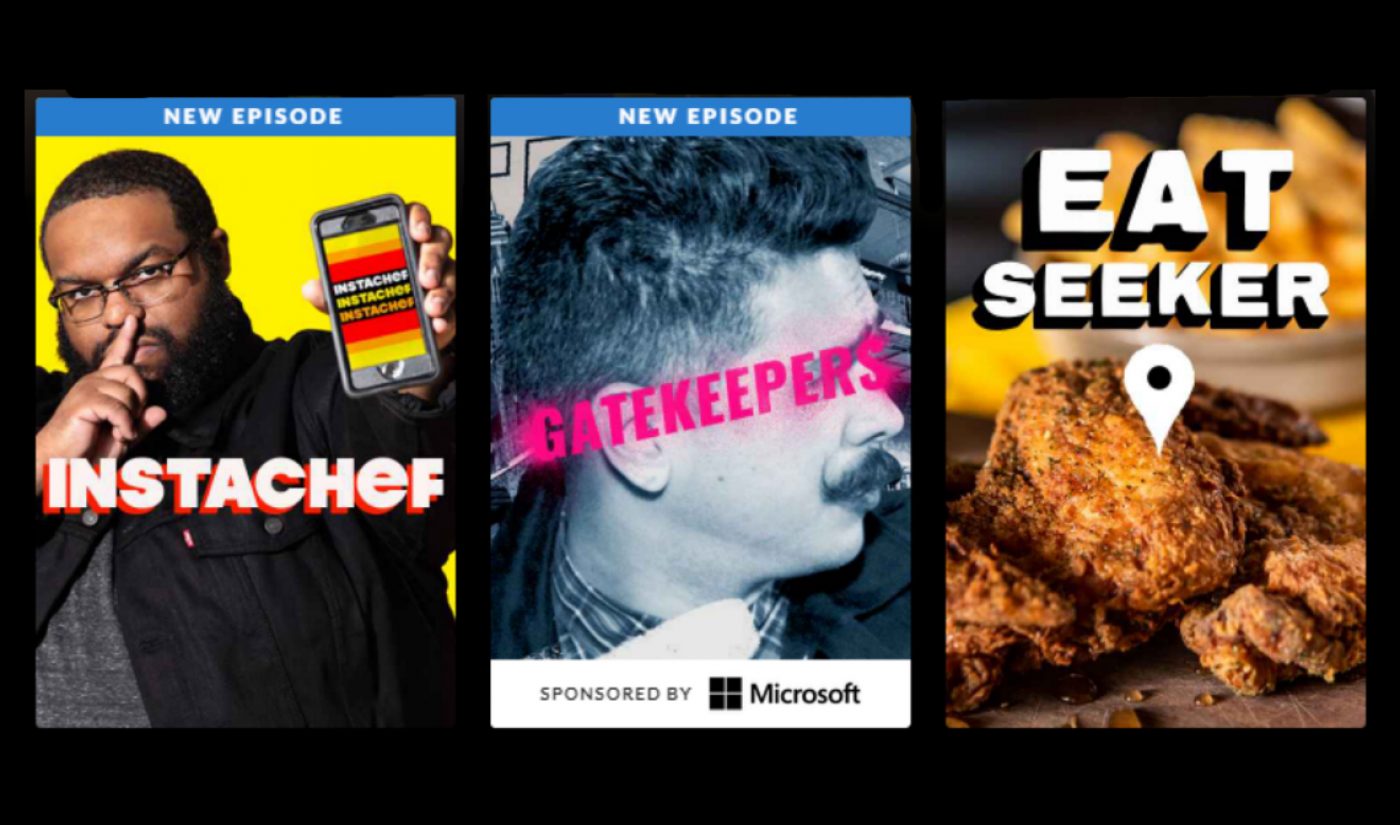 Group Nine-owned food, travel, and entertainment brand Thrillist has revealed its first content slate, which brings the debut of four new shows as well as a renewal for Thrillist’s reality series Really Dough?

Leading the pack of new series is Instachef, the first episode of which premiered Dec. 5 on YouTube. The series profiles a growing movement of social media-savvy chefs who exclusively use Instagram to sell their food. They whip up recipes, post drool-worthy photos on Instagram, and hungry customers in their area come over — usually to their homes — to get some grub. A new episode will air each week, for a total of six in Instachef’s first season.

Gatekeepers, another new series, premiered Dec. 7 on YouTube and will have an eight-episode run, airing once per week. The series travels to different cities (episode one is set in Nashville, for instance) to meet their so-called ‘gatekeepers’ — or a local foodie who knows where to get the best eats from “the places you can’t find on the internet,” per Thrillist.

The winter slate also has two series set to debut in the first quarter of 2019. Somm To Go will premiere on YouTube, Facebook Watch, Prime Video, and Twitter, with episodes hosted by fast food aficionado Daym Drops. In each of the eight episodes, Drops challenges expert sommelier Ariel Arce to pair a wine to his chosen fast food. And last, The List Show will premiere on YouTube, Facebook Watch, and Twitter, starring comedian Mekki Leeper. Leeper will repackage 21 of Thrillist’s editorial lists, ranking “everything from urban legends to Pop Tarts to frozen pizza” in short-form episodes.

“Our new slate marks the next step in our brand’s evolution to becoming a truly multi-platform distributed media company,” Thrillist president Ocean MacAdams said in a statement. “We couldn’t be more excited to bring fresh new talent and series — as well as re-up one of our top performing series of 2018 — to fans across platforms.”

Thrillist currently has two other running series, Eat Seeker and Late Checkout, both of which have impressive viewing numbers. Eat Seeker has reached more than 35 million lifetime views across YouTube, Facebook, and Twitter, and Late Checkout averages 7 million views per episode, with nearly 100 million total series views, the company says.